A Historical Perspective on Occupy

The obstacles Occupy faced were not significantly greater than any other movement, and the successes of past movements prove that these obstacles are not insurmountable.

November 26, 2013 By Neal Meyer In These Times
printer friendly 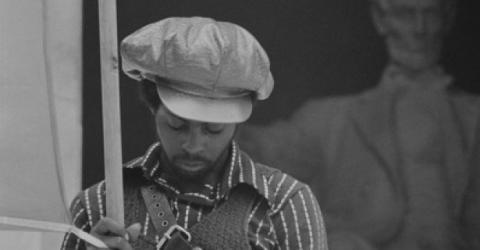 In the past, radicals could rely on organizations like the Socialist Party, the Communist Party, the Black Panthers and many more to be schools in the history and theory of movements.', Library of Congress/Creative Commons

[For In These Times' December 2013 cover feature, "Generation Hopeless?", the magazine asked a number of politically savvy people, younger and older, to respond to an essay by 22-year-old Occupy activist Matthew Richards in which he grapples with what the movement meant and whether Occupy's unfulfilled promises are a lost cause or the seeds of the different world whose promise he glimpsed two years ago. Here is Neal Meyer's response:]

Matthew Richards ends his essay on Occupy Wall Street on a disturbing note. He writes, "Now that I've already done my best to fix the world and it didn't work, I'm at peace with the fact that it is no longer my job." Richards was 19 when Occupy started. After two years of organizing he has already burned out.

But Richards' sense of defeat is understandable once we recognize that he gets his history wrong and that his perspective on Occupy's potential is off.

He also calls Occupy a failure because it couldn't "take down Wall Street" and end the two-party system. Anyone who thinks that four months of protest could accomplish any of these tasks is destined to be disappointed.

Richards' despair grows out of a lack of historical perspective and a faulty analysis. These problems point to a major hurdle that holds today's social movements back: the lack of robust political organizations that can support and educate activists.

In the past, radicals could rely on organizations like the Socialist Party, the Communist Party, the Black Panthers and many more to be schools in the history and theory of movements. Political organizations were well suited to this task because they brought activists and intellectuals together. They required intellectuals to write and teach history and theory that would be useful to activists. They also allowed activists to share their insights with intellectuals and each other.

Richards is right to feel disappointed by the breakup of Occupy. But the lesson I learned is that our task now is to rebuild organizations that once supported movements. Many of us have already begun the work of building left-wing organizations and media projects, like In These Times, to serve this purpose.

The struggle against exploitation and oppression is a long one. We need activists like Richards to reflect and prepare for the next fight, not drop out. Only by building organizations that serve as communities and schools for activists can we make this happen.

[Neal Meyer, 24, whose senior thesis was titled "Left-wing Organizers and the CIO - 1920-1937," is the national youth organizer at Democratic Socialists of America.]