What is behind Francois Hollande’s assertiveness on the world stage? Is the decline of the United States’ effective power on the world scene what is permitting France’s return to aggressiveness ? 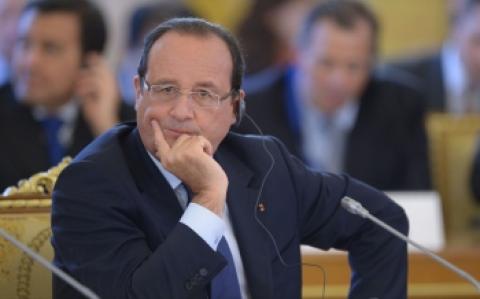 In the last few years, France has asserted itself on the international scene in a very active way — first under President Nicolas Sarkozy and then even more under President Francois Hollande. It led the way among Western powers to intervene in Libya in order to oust Muammar Gaddafi. It has pushed the hardest line of all Western powers on Syria’s Bashar al-Assad. It has intervened unilaterally in Mali to stop the downward sweep of Islamic armed movements. Hollande was received virtually as a hero when he went recently to Israel, because of his hard line on negotiations with Syria and Iran. And now France has sent troops to try to restore order in the Central African Republic.

There are, of course, some internal factors that contributed to these developments. Because of its colonial history, France today has a large number of Muslim residents and citizens who are largely an economic underclass. Many of the younger Muslims have become increasingly militant, and some of them have been attracted to the more radical versions of Islamist politics. While this shift has occurred throughout much of Europe, it seems particularly strong in France. It has therefore evoked a political reaction not only from extreme-right xenophobic groups like the National Front party but also from people holding unyielding versions of secularism (laicite) on the political left. Today the most popular Socialist minister seems to be Interior Minister Manuel Valls, whose major activity is taking extra-strong measures against illegal migrants, mostly Muslim migrants, to France.

Furthermore, at a time when neoconservative ideas seem to have passed their prime in U.S. politics, the French equivalent, centering on the slogan of “responsabilite de proteger,” has been getting stronger within France. One of its leading figures, Bernard Kouchner (a co-founder of Doctors Without Borders), was a foreign minister under Sarkozy. Another leading figure, Bernard-Henri Levy, wielded formidable influence in government under Sarkozy and still does under Hollande.

The greater explanation, however, may be external: the role France thinks it can still play on the world scene. Ever since 1945, France has strived to remain a major figure in global affairs. And in this effort, it has always seen the United States as the major force trying to diminish France’s role. The reassertion of France’s world role was the primary concern of Charles de Gaulle. It was a goal he pursued in many ways, from early outreach to the Soviet Union to withdrawal of French troops from NATO. He wove a strong relationship with Israel during the Algerian war, at a time when the United States was pursuing a quite different policy. It was France that put together the Franco-British-Israeli attack on Egypt in 1956. To be sure, once Algeria gained its independence in 1962, France ended its special link to Israel, more concerned with renewing good relations with its North African former colonies.

This policy was not merely a Gaullist policy. Non-Gaullist (or anti-Gaullist) political figures like presidents Francois Mitterand and Sarkozy adopted Gaullist stances on multiple occasions. From Churchill during World War II to President Barack Obama today, the U.S. and British leaders have always found the French too rambunctious, too difficult to control for their taste.

The French problem is that although the U.S. decline allows for a stronger rhetorical position for France, the new somewhat chaotic geopolitical scene is not one in which France can really replace the United States as a hard-liner. There are too many other powerful nations involved in the Middle East for France to play a primary role there. Even less can France play a major role in East Asia, despite the fact that it was a major colonial power there.

The one place where France can reassume a major role is Africa, because for the moment, neither Britain nor the United States is as ready, for various reasons, to act with military force. France is seizing the opportunity. And Hollande, otherwise facing increasing domestic unpopularity, finds public support for this role.

However, this kind of aggressive policy has a major downside, as the United States has discovered in the Middle East. It can be very difficult to withdraw one’s troops once they are there. And public opinion at home begins to sour on interventions, seeing them as increasingly futile and unsuccessful.

Immanuel Wallerstein is a senior research scholar in the department of sociology at Yale University and director emeritus of the Fernand Braudel Center at Binghamton University. He is also a resident researcher at the Maison des Sciences de l’Homme in Paris. His many books include “The Modern World-System and Historical Capitalism.” He lives in New Haven, Conn., and Paris.