Is NATO's Trojan Horse Riding Toward the 'Ukraine Spring' 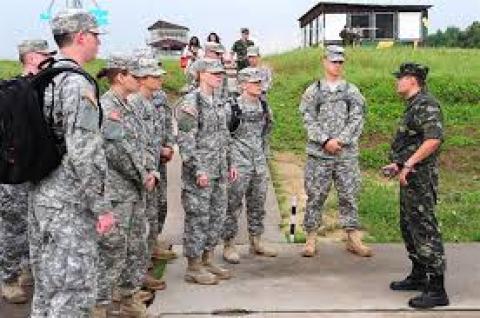 Ukrainian citizens have rallied in the bitter cold at Independence Square in Kiev to demand a better economic future and to protest President Viktor Yanukovych's failure to sign an economic agreement with the EU.

But while the draft of the EU "Association Agreement" is being sold as an economic boon for Ukrainian citizens, in reality it appears to be NATO's Trojan Horse: a massive expansion of NATO's military position in the region. What's more, the Agreement occurs under the cover of nebulous economic promises for a beset population hungering for better wages.

In a country where the average monthly minimum wage stands at about $150 USD, it's not hard to understand why Ukrainians are in the streets. They do not want to be in Russia's orbit, nor do they want to be pawns of NATO.

But is the plight of Ukrainians being exploited to usher in a new military agreement under the guise of economic reform?

For NATO, the goal is expansion. The prize is access to a country that shares a 1,426-mile border with Russia. The geopolitical map would be dramatically reshaped by the Agreement, with Ukraine serving as the new front for Western missile defense at the doorstep of Russia. Should the U.S. nuclear deal with Iran fall apart, Ukraine could be employed in larger regional disputes, too.

As an EU deal appears imminent, few people are asking questions about NATO's role in the deal, which was meant to facilitate jobs and trade. Economic conditions in Ukraine are dire: $15 billion in IMF loans suspended, danger of default and a zero growth forecast.

While NATO is not specifically mentioned in the draft of the "Association Agreement," the proposal, which was posted online (and translated to English here) by the Ukrainian cabinet in August, pledges convergence of foreign and security policy.

For instance, in the draft of the Agreement, foreign and security policy mandates:

"The Parties shall explore the potential of military and technological cooperation. Ukraine and the European Defence Agency (EDA) will establish close contacts to discuss military capability improvement, including technological issues."

The draft of the Agreement's preamble links Ukraine to "ever closer convergence of positions on bilateral, regional and international issues of mutual interest" including the Common Foreign and Security Policy (CFSP) of the European Union and the Common Security and Defence Policy (CSDP) -- which underscores the military nature of the agreement.

Since 22 of 28 members of the EU have NATO membership, there is little doubt that Ukraine is being drawn into the broad military arrangement with EU nations.

If the EU Agreement is ratified, Ukraine will inevitably spend a higher percentage of its GDP for military purposes, steering critical resources from social programs and job opportunities. In 2012, Ukraine's military budget already increased 30 percent - to $2 billion, representing a comparatively low 1.1 percent of GDP. NATO members agree to spend at least 2 percent of GDP on defense.

NATO members are also under pressure to contribute more and more of their GDP to military expenditures. "It is time to move beyond the '2 percent rule,'" says the Center for Strategic and International Studies.

The former U.S. Ambassador to NATO, Ivo Daalder, in his farewell remarks in June, 2013, described the sentiment:

"The gap between American and European contributions to the Alliance is widening to an unsustainable level. Something must be done. The trends need to be reversed."

When military spending goes up, domestic spending goes down. The winners are unlikely to be the people of Ukraine, but instead the "people" of Lockheed-Martin, Northrop Grumman, Boeing and other defense interests. The Ukrainians didn't go to Independence Square to rally for NATO. Yet NATO's benefit is clear. Less clear is whether Ukrainians will receive key economic benefits they seek.

To wit, the preamble to the Agreement is hazy on the implementation of visa-free travel for citizens of Ukraine, a crucial incentive for struggling workers seeking better jobs. The draft of the Agreement is vague, calling for the visa issue to be introduced "in due course." It also asserts that EU nations could block the movement of self-employed Ukrainians to other job markets.

For Greece, Spain and others, EU membership hasn't turned out to be a shining economic savior. The return of austerity policies reminds one of Naomi Klein's warning about the perils of disaster capitalism, in which instability opens the door for exploitation from outside forces.

For the protesters in Kiev, standing tall for democracy and economic opportunity, there's suddenly a new worry: Disaster Militarism. Ukrainians may be pro-EU, but are the EU and NATO pro-Ukrainian?