Dean Baker refutes Bill Keller's New York Times article, "Inequality for Dummies," published on December 22, (http://www.nytimes.com/2013/12/23/opinion/inequality-for-dummies.html?hp&rref=opinion&_r=0) in which he contrasts the "left-left against the "center-left. 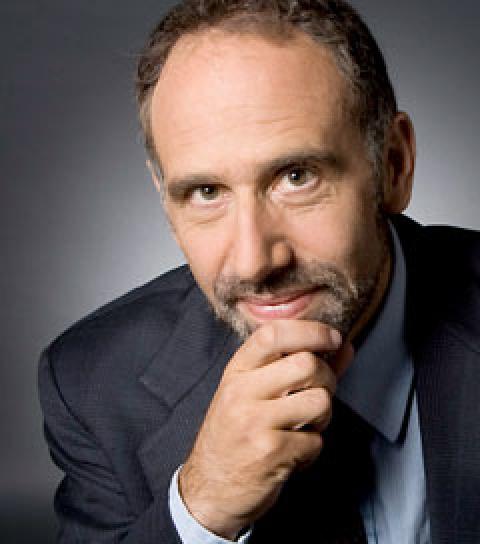 Dean Baker, co-director of the Center for Economic and Policy (CEPR) in Washington, DC., Courtesy of Dean Baker

Bill Keller gives us some holiday fun by getting almost everything completely wrong in contrasting the left-left (Elizabeth Warren and Bill de Blasio) with his friends, the center-left. There are so many profoundly ill-informed assertions that it might be hard to know where to begin if Keller didn't make it so easy. Keller tells readers:The New York Times' Bill Keller. (Tony Cenicola/The New York Times)

"The center-left (I’m somewhat oversimplifying these categories) agrees on the menace of inequality, but places equal or greater emphasis on the fact that the economy is not growing the way it did for most of the last century. The sluggish growth means that not only are the poorest stuck at the bottom, but the broad middle is in economic decline."

The amazing part of the story is that Keller's center-left heroes are precisely the reason why the economy is not growing the way it did for most of the last century. Keller perhaps missed it, but it was the center-left that set the economy on a bubble driven growth path in the 1990s. The demand generated by the stock bubble was used to fill the hole created both by lower consumption spending due to the upward redistribution of income and the exploding trade deficit which resulted from Clinton's high dollar policy.

Keller's center-left friends also pushed financial deregulation so that their Wall Street friends could get ever richer at the expense of the rest of us. This deregulation facilitated the build-up of the housing bubble, the collapse of which gave us the current downturn from which we have still not recovered.

Given the origins of current weak growth in the policies of his center-left friends it is more than a bit bizarre that Keller would lecture the left-left about the need for stronger growth, as when he tells readers:

"The center-left — and that includes President Obama, most of the time — sees the problem and the solutions as more complicated."

Okay, that should be enough to get the gist of Keller's piece, now for some specifics. He outlines the left-left agenda:

"The left-left sees economic inequality as mainly a problem of distribution — the accumulation of vast wealth that never really trickles down from on high. Their prescription is to tax the 1 percent and close corporate loopholes, using the new revenues to subsidize the needs of the poor and middle class. They would string the safety net higher: expand Social Security, hold Medicare inviolate, extend unemployment insurance, protect food stamps, create more low-income housing. They would raise the minimum wage."

Actually the left-left very much wants to reduce the rents that both allow the rich to get so rich and also imply huge amounts of economic waste. This is a reason that so many on the left-left support a modest financial transactions tax like the one the United Kingdom has had on stock trades for more than three centuries. This would both reduce economic waste (most short-term transactions provide no economic benefit) and limit the fortunes generated in the financial sector.

Eliminating tax loopholes is also not just a matter of getting additional tax revenue, these loopholes also lead to massive rent-seeking. The main way that rich private equity fund managers like Mitt Romney become rich is by finding clever ways to game the tax code. Using heavy leverage, this sort of tax arbitrage can make a center-left funder very rich very quickly in ways that contribute nothing to the economy. If we believe that these private equity fund managers are actually highly intelligent highly motivated people who could potentially contribute much to the economy then it is an enormous waste to have their talents devoted to gaming the tax code. The center-left would know this if it actually gave a damn about raising growth.

In terms of holding Medicare "inviolate," what on earth does Keller think he is talking about? The left-left has been pushing for years for measures that would lower costs by reducing the over-payments to providers. The left-left knows well the basic problem of Medicare and health care costs in the United States more generally; we pay our providers too much money. We pay our doctors, our drug companies, our health care equipment manufacturers twice as much as people in other wealthy countries.

The left-left wants to reduce these over-payments, something which appears to now be happening with the recent cost slowdown. Keller's center-left friends would rather protect the income of the providers and force people to accept fewer services and pay more for what they get. (In terms of allowing the market into health care, how about allowing people to buy into other countries' Medicare programs with the government and the patient splitting the savings? Why are Keller's center-left friends so afraid of this market friendly measure?)

Keller later notes that the U.S. economy is "70 percent dependent on domestic consumers, way more than other developed countries." He then contrasts Obama and the center-left with the left-left:

"he would do trade deals to expand our diminishing share of foreign markets."

Okay, can Keller really be this confused? It is net exports, exports minus imports, that determine demand in the U.S. economy. Trade agreements have not done a good job of boosting net exports, that is why we have such a large trade deficit. If we shut an assembly plant in Ohio and instead ship a car engine to Mexico to be assembled into a car to be re-imported to the United States that doesn't increase demand or employment in the United States.

If we want to increase share of demand not due to domestic consumption, then we must increase net exports. The key factor here is lowering the failure of the dollar. The left-left knows this and talks about making U.S. goods and services more competitive with a lower valued dollar. The center-left repeats gibberish about the virtues of trade agreements which only get taken seriously in public debate because of their money and power. (Btw, there is zero reason to believe that a simple Keynesian increase in demand, based on trade or anything else, won't restore growth to its former path.)

Here's another gem from Keller"

"And a third difference between the near left and the far left is the question of making government more efficient. This is not so much a policy dispute as a mind-set."

Yes, the center-left wants to contract out large amounts of government services to their friends in the business community. For example, we have the deal in Chicago engineered by the center-left former Mayor Richard M. Daley in which the city leased off its parking meters for 75 years to Morgan Stanley. The price was probably about half of the proper valuation. And, in good center-left practice, Daley treated the one-time payment as current revenue to deal with a budget shortfall. The center-left is associated with all sorts of government contracting ventures that don't save taxpayers any money but do make their contributors very rich.

Finally Keller repeats one of my favorite center-left lies. (Sorry, I don't feel like mincing words to be polite just now.) He tells readers:

The proposal to switch the indexation of post-retirement benefits to the chained CPI is a proposal for cutting benefits pure and simple. It has nothing to do with an interest in increasing accuracy. If accuracy was the issue then we would be would just have the Bureau of Labor Statistics construct a full elderly CPI and use that as the basis for indexing benefits. Not one of Keller's center-left friends supports this measure.

Dean Baker is the co-director of the Center for Economic and Policy Research (CEPR). He is the author of The Conservative Nanny State: How the Wealthy Use the Government to Stay Rich and Get Richer and the more recently published Plunder and Blunder: The Rise and Fall of The Bubble Economy. He also has a blog, "Beat the Press," where he discusses the media's coverage of economic issues.