More than two dozen states now have similar Stand Your Ground laws on the books, thanks to the American Legislative Exchange Council, or "ALEC." 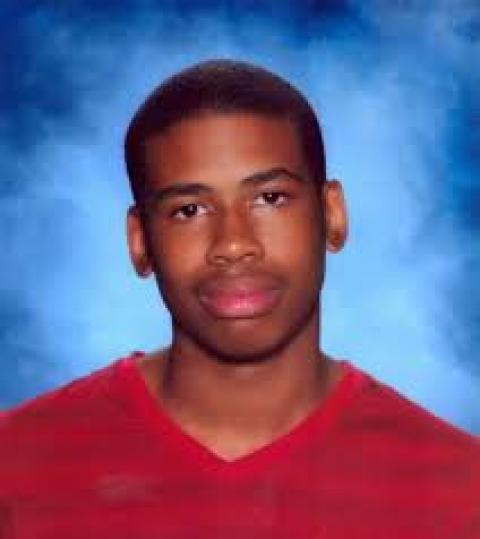 Once again, Florida's Stand Your Ground law has helped a man escape conviction for killing an African-American teenager.

After thirty hours of deliberations, on February 15 a Florida jury declared it could not reach a decision about whether Michael Dunn, 47, could be convicted of first degree murder for shooting and killing 17-year-old Jordan Davis.

In November 2012, Davis and his three teenage friends were parked in an SUV when Dunn pulled up and confronted them about the volume of their music. After an argument, Dunn fired ten shots into the vehicle; three of the bullets hid Davis, a student at Wolfson High School, killing him. Dunn then picked up his fiancé and drove off, never mentioning the shooting to her or claiming that he saw a gun, as he would later tell police. Instead, Dunn ordered a pizza, walked his dog, and went to bed.

The jury convicted Dunn of three counts of attempted second degree murder, and one count of firing into a vehicle. He could face as many as 75 years in prison, but the twelve jurors could not reach a verdict on whether Dunn acted in self-defense after being instructed by the judge about Florida's "Stand Your Ground" law. Prosecutors say they plan to ask for a retrial on the murder charge.

"He was a good kid," Ron Davis said of his son after the verdict. "There's a lot of good kids out there . . . And they should have a voice. They shouldn't live in fear to walk around the streets worrying about if someone has a problem with somebody else, that if they get shot, it's collateral damage."

"I hate that thug music"

On November 23, 2012, Dunn and his fiancé left his son's wedding, and stopped at a gas station for wine and chips. Dunn parked next to the vehicle containing Jordan Davis and his three friends. The teenagers were listening to rap music, loudly.

"I hate that thug music," Dunn told his fiancé, according to her testimony.

Dunn confronted the teenagers over the music after his fiancé went into the gas station. They turned down the music, then turned it back up. Following an argument, Dunn took a handgun out of his glovebox, loaded it, then fired six shots into the vehicle. He fired four more as the teenagers drove away in fear. Three of the bullets hit Davis, killing him.

When Dunn's girlfriend returned to the car, he didn't say anything about the altercation; they went to a hotel room, ordered pizza, and he took his dog for a walk. The next morning, Dunn made the two-and-a-half hour drive home. It wasn't until the following day that Davis called police.

The fact that Dunn did not call police, state attorney Erin Wolfson argued, suggested “he thought he got away with murder.”

Dunn later claimed under oath that he saw a four-inch shotgun barrel poking out of the SUV's rear window, but no gun was ever found. His fiance testified that Dunn never told her anything about a gun, and the other three teenagers testified that there was no gun in the vehicle. Prosecutors argued that Dunn fabricated the claim of the gun to bolster his self-defense claim.

However, under Florida's Stand Your Ground law, Dunn need only reasonably believe that he saw a shotgun, which can be informed by his own biases. During testimony, Dunn referred to the African-American high schoolers listening to music as "gangsters." His letters from jail as he awaited trial contained shockingly racist sentiments.

“This jail is full of blacks and they all act like thugs," he wrote. "If more people would arm themselves and kill these fucking idiots when they’re threatening you, eventually they may take the hint and change their behavior.”

The Jordan Davis killing has clear echoes of the Trayvon Martin tragedy. Both cases involved an armed man killing an apparently unarmed black teenager in Florida. In both, the confrontation was initiated by the man with the gun, and in both cases, the killers claimed they were justified in using deadly force as a response to the perceived threat posed by a black teenager.

Because of Florida's Stand Your Ground law -- which requires a jury be instructed that it is justifiable homicide to use "deadly force if he or she reasonably believes it is necessary to do so to prevent death or great bodily harm" -- killers in both cases were not convicted of murder.

However, the killers' perception that their victim posed a threat -- or, a juror finding that such a perception would be reasonable -- appears to have been based on the stereotype that young black men are threatening.

As was the case during George Zimmerman's trial for killing Trayvon Martin, jurors in the Dunn trial were told by the judge that they must consider Florida's Stand Your Ground law when making their decision. Those instructions are entirely different than what the jury would have been told ten years ago, before Stand Your Ground became law in Florida.

More than two dozen states now have similar Stand Your Ground laws on the books, thanks to the American Legislative Exchange Council, or "ALEC."

As the Center for Media and Democracy (publishers of ALECexposed.org) first documented, ALEC adopted Stand Your Ground as a "model" for other states in early 2005, just months after the National Rifle Association pushed the bill through Florida's legislature.

The NRA boasted at the time that its lobbyist's presentation at a 2005 ALEC meeting "was well-received," and the corporations and state legislators on the Criminal Justice Task Force voted unanimously to approve the bill as an ALEC model, under the name the "Castle Doctrine Act." At the time, Wal-Mart, the nation's largest seller of rifles, was the corporate co-chair of the Task Force. ALEC called the legislation one of its "successes."

In April 2012, in the aftermath of the Trayvon Martin tragedy and amidst growing outrage over "Stand Your Ground" laws, ALEC disbanded the task force that had promoted that legislation and disavowed its gun bills. But the damage has already been done: laws echoing by ALEC's "model" Stand Your Ground law remain on the books in twenty six states, and ALEC has done nothing to promote their repeal.

Instead, the burden of repealing Stand Your Ground and cleaning up ALEC's mess has fallen to groups like Color of Change and the Dream Defenders. Rinku Sen, Executive Director of the Applied Research Center, has said that "fighting Stand Your Ground laws is the anti-lynching movement of our time."

"We don't accept a law that will allow collateral damage to our family members," said Davis' father, Ron Davis, following the verdict.