Kettle Bell Karma – These Are Not Your Daddy’s Building Trades

Some things indeed have changed. 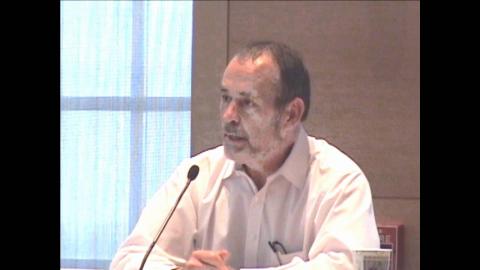 Recently on a Sunday morning I sat on the infield of the track at Piedmont High School. I was exhausted from a brutal kettle bell workout devised by our coach and master trainer Roy San Filippo. I had done 1 440-meter lap, 10 reps of plank push-ups and 40 reps of 35-pound kettle bell swings repeated three times in a span of a little over 17 minutes. I was the senior guy at age 63. The energy all flowed from the youth, one of who, my son Nelson, shamefully lapped me during the training routine.

I listened in on a fascinating exchange between Nelson and a journeywoman union electrician named Emily, a Taiwanese-American in the East Bay International Brotherhood of Electrical Workers (IBEW) Local 595. She was advising Nelson, a newly minted first year apprentice in the San Mateo local, on handling lay offs and lack of work. She told him, “When I get asked to sit at home I prefer to take the layoff and then I go back to the hall and sign up for work with a new company. I don’t wait around and hope that my present employer will call me back. My attitude is that I work for the Union not the Company, and I have learned the hard way that this is the best way to get work”.

The Business Manager of Emily’s local is Victor Uno, a Japanese American who as a young apprentice was initially barred entrance from a union meeting by the Sargent at Arms, who tore up his dues receipt, refusing him entry. When he finally was able to get into the meeting, a member commented “hey Fred, are we allowing Chinese in now?” Indeed we have come a long way from the Chinese Exclusion Act passed in 1882 and championed by the old American Federation of Labor and its leader Samuel Gompers. This was a measure that the barons of labor of the SF Building Trades Council supported and that Dennis Kearney, the mayor of SF on the Workingmen’s Party ticket fought for.

“We would be false to them and to ourselves and to the cause of unionism if we now accepted privileges for ourselves which are not accorded to them…” J.M Lizarras, 1903

Victor Uno gave me a great bit of history that dramatizes the conflict between class solidarity and race bigotry: “When the Japanese Mexican Labor Association tried to affiliate with the AFL in 1903, Gompers directed the union to bar Japanese and Chinese from membership. J.M Lizarras, the association’s Mexican President refused, stating: “We would be false to them and to ourselves and to the cause of unionism if we now accepted privileges for ourselves which are not accorded to them…We will refuse any kind of charter, except one which will wipe out race prejudices and recognize our fellow workers as being as good as ourselves.” Gompers never responded when Lizarras returned the AFL charter.”

My son’s IBEW apprentice class of 30 in San Mateo is majority people of color with 7 women. The SF Ironworkers have taken in over 100 Chinese workers as journeymen in order to deal with the growing non-union ironworker sector. What would Dennis Kearney say about that? The trades when I came into labor in 1972 were lily white and in my home City of Boston a new union of African American workers, United Community Construction Workers, was created to combat the exclusivity and racism of the construction unions. They would march on to all white job sites in Boston and shut down the project seeking a commitment to hire black construction workers.

Perhaps the most common image of the building trades emblazoned in the consciousness of young radicals like myself in the early seventies was of the mobilization of hard hats on May 8, 1970 to beat up peace protesters in lower Manhattan. The march was led by Peter J. Brennan of the New York City Building Trades Council, later to be appointed by Nixon to be US Labor Secretary. Almost 42 years later in March 2002 on the day that the bombs started falling on Baghdad as Bush initiated the war on Iraq, the California Labor Federation and State Building Trades opened their annual legislative conference at a hotel in Sacramento. The assembled leaders were abuzz with talk of the war. The speeches from the podium however were about workmen’s compensation reform and other dross labor matters. Then Bob Balgenorth, an IBEW member and the leader of the State Building Trades approached the dais. He launched into a stirring and memorable speech entitled, “Badges? We don’t need no stinking badges” in which he, denounced the impending criminal loss of life and treasure in Iraq. Here is a lengthy quote from Balgenorth’s speech:??

“In a memorable scene from the classic western, Treasure of the Sierra Madre, Humphrey Bogart demands to know if the men about to rob him are bandits or lawmen as they claim. Their response is the famous, “We don’t need no stinking badges!”?

Bush will have his war, Congress will have to give him the $90-100 billion he demands for the cost of war. The billions to rebuild Iraq will add to that sum. And, underlying all of this is the current $400 billion deficit projected for this year alone. We support our troops anywhere in the world in which they are in harm’s way. We pray for their safety particularly in Iraq and the hornet’s nest that will develop around that doomed region. In the turmoil that follows we can only hope the loss of life will be minimal. But wars have a strange habit of getting out of hand”

Balgenorth was so prescient. Some things indeed have changed. These are not your daddy’s building trades!!

The kettle bells wiped me out, but the conversation between Nelson and Emily rejuvenated me. I’ll be back for more.

Peter Olney is retired Organizing Director of the ILWU. He has been a labor organizer for 40 years in Massachusetts and California. He has worked for multiple unions before landing at the ILWU in 1997. For three years he was the Associate Director of the Institute for Labor and Employment at the University of California. View all posts by Peter Olney