The well-intended regulations don’t do enough to protect students who are easy prey for for-profit universities. 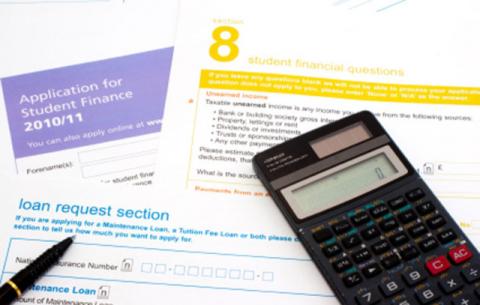 After courts blocked the Obama administration’s prior attempts to rein in the for-profit college system, the Education Department is back again this week. Late Thursday the Education Department released a revised “gainful employment rule,” which judges schools based on the debt load they leave students with and seeks to crack down on schools that send students and graduates away with tens of thousands of dollars of debt they’re ill-equipped to repay.

“We want to protect students from enrolling in poorly performing programs that leave them with debt they cannot pay and a degree they cannot use,” Secretary of Education Arne Duncan said, Politico reported.

Under the new proposed rules, the Education Department would cut off colleges’ federal student aid eligibility—which often serves as the backbone of revenue for for-profit schools that target low-income students and students of color—if schools fail to meet a certain threshold. Programs would fail if students leave schools with debt loads higher than 12 percent of their incomes and 30 percent of their discretionary incomes. If students have debt-to-income ratios between 8 and 12 percent, schools would be labeled as in “the zone,” and would be required to inform students that they could lose their aid at that particular school. If programs fail these tests two times in a three-year period or stay in “the zone” without moving out of it for four consecutive years their students would become ineligible for federal student aid, the Chronicle of Higher Education reported. The proposed rule will be open to public comment for 60 days.

As it is, for-profit colleges enroll just 13 percent of the nation’s higher education students, but are responsible for a whopping 46 percent of the nation’s student loan defaults, according to The Institute on College Access and Success (TICAS) (PDF). They enroll a disproportionately high number of students of color. As it is, in the 2010 to 2011 school year, the for-profit college University of Phoenix was the nation’s top producer of black baccalaureates.

The well-intended regulations don’t do enough to protect students who are easy prey for for-profit universities. “Rather than requiring failing programs to limit enrollment until they improve, the draft rule gives bad programs every opportunity to put more students at risk,” TICAS Vice President Pauline Abernathy said in a statement. “And it does not require schools to provide any relief to students who took on debt to enroll in programs that lose eligibility for federal funds.”