Cecily McMillan's ongoing ordeal with the NYPD is a reminder that radical dissent is still so necessary. 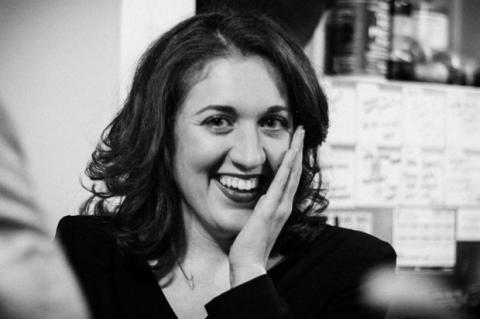 I didn’t know Cecily McMillan two years ago, when I glimpsed her convulsing on the street, obscured from view by a cluster of NYPD officers and a confusion of Occupy protesters. Word spread swiftly through the downtown Manhattan intersection: The young woman had been assaulted by the cops; her body went into seizure, her brain unconscious, her ribs cracked.

That was March 17, 2012. Protesters were marking six months since Occupy Wall Street first inserted itself into an unremarkable concrete park in the financial district, breathing a gust of ephemeral insurrectionary momentum into Manhattan’s grid and beyond. The six-month anniversary was marked by raucous street marches and multiple arrests. It culminated in McMillan, a student at the New School, lying on the street by Zuccotti Park surrounded by police as onlookers shrieked for an ambulance to be called.

Two years later, the commercial flows of downtown Manhattan glide untouched by the enraged encampment and attendant marches that once had defiantly but fleetingly claimed that space. Many if not most occupiers returned to schools and jobs and semblances of normalcy under the vagaries of late capitalism. The system did not crumble. Occupy’s lasting imprint at times feels too faint to trace. But a return to normalcy was not available for McMillan.

I met McMillan numerous times during and since Occupy’s heyday. We agreed on very little. We disagreed on how a brief occupation of New School student center should play out, we disagreed on whether Occupy should crystallize into a formal political movement with elected representatives (McMillan even worked on the well-meaning congressional campaign of “Occupy Candidate” George Martinez, while I condemned such mainstreaming); where she wanted organization and party-building, I wanted some more chaotic not-this. Our dissensus was representative of the multitudinous constellation that constituted Occupy; we didn’t all just get along.

Along with every sometime occupier I know, though, I believe that McMillan’s current predicament is a vile indictment (or a sad example) of the criminal justice system at work. While the NYPD’s predilection for mass arrests during Occupy’s height clogged up the district courts with hundreds of misdemeanor and infraction cases, McMillan’s assault heaped a far more terrifying and arduous fate on the 25-year-old. Monday marks the beginning of a trial in which she faces felony charges for second-degree assault on officer Grantley Bovell, who had grabbed the activist’s chest from behind and prompted her seizure. McMillan’s breast was visibly bruised, as photographs evidenced; she had instinctively swung backward having been grabbed from behind by the cop. Accidentally knocking Bovell’s temple as he dragged her backward, McMillan earned herself charges that carry up to a seven-year prison sentence.

For the first time in some time, I saw McMillan last month. The weight of a potential prison sentence and exhaustion from two years of trial delays weighed heavily on the 25-year-old. Her eyes were quick to well up; “It’s been hell,” she intimated. As writer and artist Molly Crabapple observed listening to McMillan address supporters after a pretrial hearing, “Cecily tried to hide the tremor in her voice.”

It was during that same hearing that McMillan learned that officer Bovell’s fecund history of misconduct — particularly against protesters — would not be considered admissible in her case. Bovell had been subject to at least two inquiries by the police force’s internal affairs bureau. Bovell also currently faces assault charges brought by another March 17 Occupy participant, Austin Guest, who alleges that following his arrest, Bovell dragged him down the aisle of a police bus while “intentionally banging his head on each seat.” Earlier accusations levied against Bovell include an incident in which a young boy on a bike was run down by an unmarked cop car, left with broken teeth and in need of stitches. Bovell had also been caught on a surveillance camera kicking a man on the floor while arresting him in a Bronx bodega in 2009.  It is McMillan, however, who faces censure by the criminal justice system.

There are weeks of hearings ahead for McMillan. Even if she is found innocent — a basic but necessary deliverance of justice — she has already suffered too much. Speaking briefly in front of the state Supreme Court in downtown Manhattan Monday, McMillan, demurely clad in a pink shirt and beige blazer, briefly addressed supporters. “Thank you for being here today,” she said.

Her lawyer, the National Lawyers Guild’s Martin Stolar, reiterated to reporters and supporters present that McMillan had a “reputation [as] somebody who promotes non-violence as the preferred method of achieving political ends.” (Indeed, views on revolutionary violence are among McMillan and my political differences.) “An innocent woman is being accused of something that could send her to prison for seven years,” Stolar said. “She was leaving the park pursuant to the police department’s orders when she was brutally assaulted by a police officer and subsequently accused of assaulting that police officer.”

McMillan’s case is among the very last Occupy legal challenges on the New York courthouse docket. It’s a sad but appropriate final testament to a brief moment in New York history when the sprouts of a new and radical politics emerged and seemed to birth new possibilities. McMillan’s ongoing ordeal — synechdochal of a criminal justice system that stifles dissent while upholding and rewarding brutal impunity — is a reminder that the anger that drove thousands of us into the streets for Occupy should continue to drive us; bold and radical dissent is as necessary as ever.