Will the Fourth Amendment Go Mobile? SCOTUS and the Fate of 21st Century Privacy

If the Supreme Court upholds a police officer's right to search your smartphone without a warrant, the door is opened to the use of arrests on petty offenses to justify fishing expeditions of those computers we carry in our pockets. 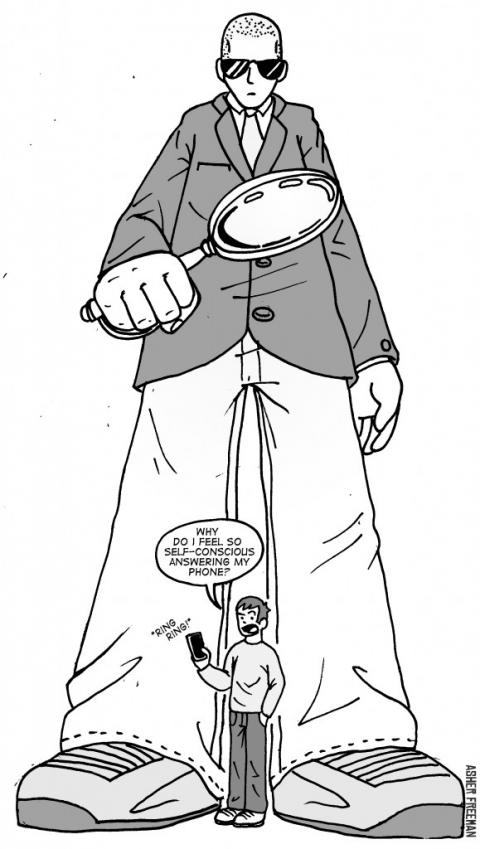 On Tuesday, the Supreme Court heard oral arguments in two cases whose outcomes will have major ramifications for Fourth Amendment and privacy rights. Both cases, Riley v. California and United States v. Wurie, involve convictions based, in part, on evidence uncovered from a mobile phone searched without a warrant after the suspect was arrested. (In Riley, the warrantless search was upheld by the California courts; in Wurie, the warrantless search was determined by the 1st Circuit Court of Appeals to have been illegal.)

Warrantless searches are, in general, presumptively not "reasonable" and are therefore forbidden by the Fourth Amendment, which protects against unreasonable searches and seizures. There are, however, allowable deviations from this general rule. One longstanding exception is that police have a right "to search for and seize any evidence on the arrestee's person in order to prevent its concealment or destruction," as set out in the high court's 1969 decision in Chimel v. California.

There are three clear reasons why warrantless searches of people being arrested can be considered constitutionally reasonable:

As Justice Antonin Scalia put it during Tuesday's oral argument, "Our rule has been, if you carry it on your person, you ought to know it is subject to seizure and examination, and that's been the rule." The problems presented by applying this rule to warrantless searches of mobile phones, however, should be clear. On the one hand, mobile phones are not weapons, and conducing a general search of them does not have a legitimate public safety justification. On the other hand, mobile phones may contain a far wider range of information--including contacts, correspondence, phone messages, GPS tracking, documents, and photographs--than items that would typically have been subject to a search incident to an arrest.

If the warrantless search of cell phones incident to an arrest is upheld by the Supreme Court, police will be able to evade the warrant requirement by arresting people for petty offenses and thereby obtain access to a potentially large store of personal information. As Riley's attorney explained, "It has always been the case that an occasion of an arrest did not give the police officers authority to search through the private papers and the drawers and bureaus and cabinets of somebody's house, and that protection should not evaporate more than 200 years after the founding because we have the technological development of smartphones that have resulted in people carrying that information in their pockets."

The argument made by the State of California, in particular, simply denied that technology changes anything. California Soilcitor General Edward DuMont asserted that "there's no dispute that arresting officers could have looked at those photographs to see whether they contained evidence of crime. Now, what would have been reasonable in that situation does not become constitutionally unreasonable simply because Mr. Riley instead carried his photographs in digital form on a smartphone."

But there is, in fact, very good reason to make a distinction. The quantity of photographs that can be carried on a smartphone is substantially greater than the quantity of photographs than can be carried in a wallet--and, beyond photographs, the personal information carried on a smartphone is greater. The distinction will only grow in importance as more and more people take advantage of cloud technology. While it is true that the potential for the destruction of evidence carried in a smartphone increases during the time required to obtain a search warrant, there are ways of protecting this interest--such as permitting the temporary seizure of a smartphone while still requiring a warrant to search it--that are more protective of privacy rights. It is more expedient for the police to search a seized phone immediately, but this is not a constitutional justification.

As Judith Mizner, the attorney representing Wurie at oral arguments, observed: "it may be convenient for the police to get information related to a crime by ­searching without a warrant, but this court has said repeatedly that convenience and efficiency don't override individual constitutional rights."

It remains unclear whether the court will agree to treat mobile technology differently than other items found in a typical search made incident to an arrest. Fourth Amendment law is one area of jurisprudence within the currently polarized court where the outcomes in close cases remain highly unpredictable: Justices Scalia and Clarence Thomas frequently join the court's more liberal judges in votes to uphold Fourth Amendment rights, while Justice Stephen Bryer, part of the court's liberal wing, is a frequent vote for the state in matters regarding privacy. (The court's normal swing vote, Justice Anthony Kennedy, has a generally abysmal record in Fourth Amendment cases.) At oral argument on these two cases, the justices seemed ambivalent, uncomfortable with creating a categorical rule either way. Given the potential for police abuse inherent in warrantless searches of cell phones, however, the best course for the court would be to risk erring on the side of the rights of suspects.