Public broadcasting is under attack for elitism and bias in the UK, US and Australia. But the critics' real agenda is clear: the expansion of corporate influence into our most trusted media. 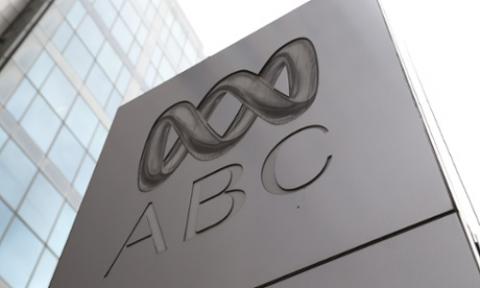 ABC 'Their solution isn't to totally dismantle public broadcasters – there’s no public appetite for that.' , Demotix/Corbis

The war on public broadcasters by corporate media is currently enjoying a resurgence.

Britain’s Daily Mail editor Paul Dacre has long loathed the BBC, accusing it of supporting “cultural marxism”. In a 2007 lecture, he said the organisation attempted to undermine “the values of conservatism, with a small ‘c’, which, I would argue, just happen to be the values held by millions of Britons.” To Dacre, the BBC is a “closed thought system operating a kind of Orwellian Newspeak … perverting political discourse and disenfranchising countless millions”.

In reality, it would be hard to find any media group in Britain more polarising than the Daily Mail, constantly railing against refugees, Muslims, single women and anybody who threatens its view of the world. We can look forward to the same outlook when it formally launches in Australia this year.

Dacre’s comments on the BBC were little different to Rupert Murdoch’s Australian editorial last weekend on the ABC, that alleged managing director Mark Scott had “failed to address bias issues at the national broadcaster, lift standards or impose accountability.”

Furthermore (and Dacre would have been proud of this line), “the ABC has an endless list of progressive journalists and hosts sharing their perspectives and an absence of hosts or programmers who are mainstream or, heaven forbid, conservative”.

Corporate media's solution isn't to totally dismantle public broadcasters – there’s no public appetite for that – but to neuter, privatise, weaken, dismiss and delegitimise them. Despite the rhetoric suggesting otherwise, they aren't really complaining of a lack of standards or diversity. Rather, they are conducting an ideological war against media outlets whose agendas aren’t set by corporate interests.

It’s a campaign that’s fundamentally failing. The ABC and BBC are still remarkably popular with the public. None of this means that there aren’t serious issues with both broadcasters. The BBC too often airs views expressed by the conservative British establishment over war and peace while, as George Monbiot recently investigated, rarely revealing the background and funding of think-tankers and other guests. The same goes for Australian think-tank guests, whose backers are not declared on air.

Last week’s Australian federal budget took an axe to the ABC-run Australia network and its ability to properly cover the Asia-Pacific. Managing director Mark Scott came out swinging (as much as a man in his position can do) and slammed the decision, thankfully defending the ABC’s independence and partnership with the Guardian over the stories related to NSA whistle-blower Edward Snowden.

Opposition to the ABC from the Abbott government and Murdoch press will likely result in more cuts in the coming years. It's heartening to see Scott resist pressure to transform the public broadcaster into a cheerleader for the home team.

Australia’s wannabe culture warriors are copying a playbook that’s been honed for decades in Britain and the US. Public broadcasting in America, such as NPR and PBS, is theoretically paid for by the tax payer but in reality is now funded by both public and private monies. NPR has been accused of unimaginative thinking over the most contentious issues such as Israel/Palestine, and is prone to massive pressure from lobby groups.

One of the richest men in the country, David Koch, has heavily invested in these organisations. In 2013, the New Yorker’s Jane Mayer investigated the extent of Koch's influence of WNET, a New York channel he sponsors (WNET is part of the PBS network). After the station decided to air a documentary on inequality by Oscar-winning film-maker Alex Gibney, that included a profile of the Koch family, Mayer found the station's channel managers and producers were scared for their jobs. The documentary went to air but with craven caveats and post-screening rebuttals by critics.

The fact that Koch could even have influence over the screening schedule at WNET reveals the massive financial short-fall from public funds and perceived need for corporate donors. This isn’t a future Australia should ever want.

PBS has often been a target for conservatives who believe it has “left-wing bias”. American journalist David Sirota, writing in Pando Daily, exposed the funding arrangements behind a two-year WNET series called The Pension Peril. The series was to be financed by billionaire former Enron trader John Arnold, a man committed to reducing pension options for millions of Americans. PBS initially denied any impropriety by taking Arnold’s money, but soon returned the funds after public outrage.

I asked Sirota what this scandal said about American public broadcasting. “PBS faces a crisis”, he told me:

It’s billed and branded as a public-minded and publicly funded entity but it doesn’t receive an adequate amount of public funding to do purely public minded journalism and content. Instead, it has to rely on private funders who can try to attach ideological strings to their money. The end result is that content branded as public under the PBS banner is potentially being shaped by private special interests.

It’s not an accident, he argues, that the US receives a tiny amount of public funding per capita compared to most other industrialised nations, because "well-resourced public media would be a threat to the corporate and political establishment."

"It would have the ability to do independent journalism. Because that’s a threat to the corporate and political establishment, that establishment has drained public media of resources,” Sirota said.

Public broadcasting in Europe remains far healthier than in America (though France and Greece have seen far better days) and the BBC is currently undergoing one of its perennial discussions about who should pay for its services. Some BBC luminaries argue that the institution is too big and unfairly restricts private business. Such an argument seems absurd at a time when publicly funded media remains the most trusted in Britain and Australia.

The ABC is full of inadequacies, insider journalism and parochialism but the sheer range of its content across multiple platforms, reaching millions of Australians every day, is a key reason it must be defended against its opponents.