Nurses at San Francisco General attempt to meet with Mayor Ed Lee about staffing shortages in the busiest emergency room in the city. Nurses have filed 300 official reports in the last two years, detailing unsafe conditions, but there has been no response from hospital management. 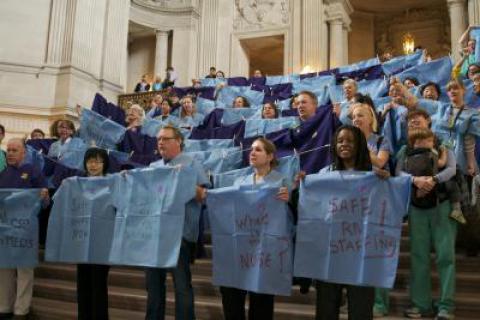