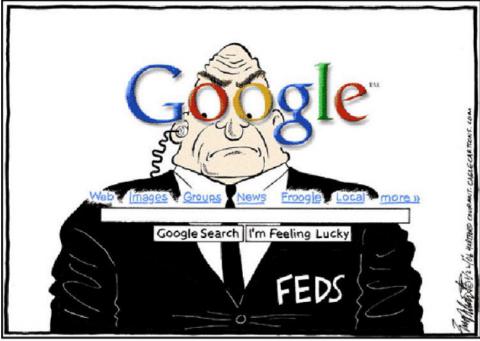 By James Risen and Laura Poitras
May 31, 2014
New York Times

The National Security Agency is harvesting huge numbers of images of people from communications that it intercepts through its global surveillance operations for use in sophisticated facial recognition programs, according to top-secret documents.

The agency intercepts "millions of images per day" - including about 55,000 "facial recognition quality images" - which translate into "tremendous untapped potential," according to 2011 documents obtained from the former agency contractor Edward J. Snowden.

Civil-liberties advocates and other critics are concerned that the power of the improving technology, used by government and industry, could erode privacy.   The State Department has what several outside experts say could be the largest facial imagery database in the federal government, storing hundreds of millions of photographs of American passport holders and foreign visa applicants. And the Department of Homeland Security is funding pilot projects at police departments around the country to match suspects against faces in a crowd.

The Supreme Court Won't Intervene in the James Risen Case. What's Next?

The Supreme Court declined to step in Monday on behalf of James Risen, a New York Times reporter and author who faces potential jail time for not identifying a source.

So what does this mean for Risen's case? Will the Pulitzer Prize-winning reporter be sent to prison? What does he have to say about the decision? And how does this fit into the Obama administration's war on leaks? Here's a primer on what is going on, where things stand and what could happen next.

Brokers Use `Billions' of Data Points to Profile Americans

Are you a financially strapped working mother who smokes? A Jewish retiree with a fondness for Caribbean cruises? Or a Spanish-speaking professional with allergies, a dog and a collection of Elvis memorabilia?

All this information and much, much more is being quietly collected, analyzed and distributed by the nation's burgeoning data-broker industry, which uses billions of individual data points to produce detailed portraits of virtually every American consumer, the Federal Trade Commission reported Tuesday.

The FTC report provided an unusually detailed account of the system of commercial surveillance that draws on government records, shopping habits and social-media postings to help marketers hone their advertising pitches. Officials said the intimacy of these profiles would unnerve some consumers who have little ability to track what's being collected or how it's used - or even to correct false information. The FTC called for legislation to bring transparency to the multibillion-dollar industry and give consumers some control over how their data is used.

The top European Court has ruled that citizens have a "right to be forgotten" and can ask Google to delete search results about them.

In what could turn out to be one of the biggest shake-ups to online privacy legislation, the European Union Court of Justice decided Tuesday (PDF) that people can ask Google and other online entities to edit or erase online search results if those results contain information that might infringe the privacy of the person in question.

Google argues that it does not control the information it links to, only indexes it, and that amending search results amounts to censorship. "In our view, only the original publisher can take the decision to remove such content, and once removed from the source webpage, content will disappear from a search engine's index."

The EU called for a right to be forgotten in 2012, when critics included British Culture secretary Ed Vaizey. Today's ruling applies across the European Union, even applying to American companies such as Google and Facebook.

Introduction: Our Technology and Theirs

It is hard to resist a technology that is also a tool of pleasure.  New digital technologies, particularly social media, make money by encouraging us to spend our lives on their platforms; they try to turn labor that was previously paid, from drone development to sex work, into play for unpaid amateurs. To what end?

This special section of Dissent begins where other critiques of digital technology have left off.  Now, it has become increasingly difficult to distinguish between digital and non-digital activities. Google Glass provides feedback about the physical world even as one is moving through it. Many thousands of people labor from home, completing microtasks through Amazon's Mechanical Turk and similar products.

The universal digital turn does not mean our communications have become false, but they are shaped by motives that are often hidden. These include algorithms that determine which advertisements to show and reading to suggest; they also nudge us to share certain kinds of popular content, like personal photos, with the largest possible audiences, supplying the psychological reward of likes, shares, and retweets.

They want to know who is important to us and why, and what we talk about. This communication, thickened with the desires and plans of whole industries, opens up our lives to deep surveillance as the government increasingly uses tech firms to discover the personal information of nearly everyone. And it has become difficult to resist this process.