Senator Bernie Sanders: 'We need to expand economic models that help the middle-class.' 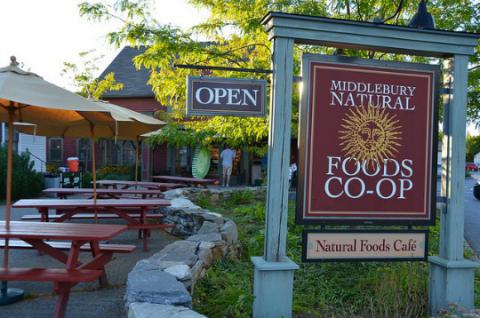 Worker-owned co-ops got a boost on Monday when Independent Senator Bernie Sanders unveiled an initiative in Vermont that champions what many call "the new economy."

“At a time when corporate America is outsourcing millions of decent-paying jobs overseas and with the economy continuing to struggle to create jobs that pay a livable wage, we need to expand economic models that help the middle-class," Sanders said during a press conference in Burlington. "I strongly believe that employee ownership is one of those models.”

The senator appeared with leaders of a number of local employee-owned businesses to announce two new bills, cosponsored by Senator Patrick Leahy (D-Vt.), that help expand the cooperative ownership model.

Under one bill, the U.S. Department of Labor would provide funding to states to establish and expand employee ownership centers that provide training and technical support for programs promoting worker ownership and participation, much like the Vermont Employee Ownership Center, which the bill was modeled after.

The second bill would create a U.S. Employee Ownership Bank to provide loans to help workers purchase businesses through an employee stock ownership plan or a worker-owned cooperative.

The Vermont initiative is the latest push for an economic model "whose time has come," according to Marjorie Kelly, author and director of ownership strategy with Cutting Edge Capital consulting firm.

"It’s an economy that aims to serve customers, rather than extract maximum profits from them. It operates through various models, which share the goal of treating suppliers, employees, and investors fairly," Kelly wrote in a recent article in YES! Magazine.

"As the nation struggles to recover from unsustainable personal and national debt, stagnant wages, the damages wrought by climate change, and more, a whole way of life is drawing to a close," Kelly continues.

“Simply put, when employees have an ownership stake in their company, they will not ship their own jobs to China to increase their profits,” Sanders added. “They will be more productive. And, they will earn a better living.”