When objectivity is impossible, and other media mishugas 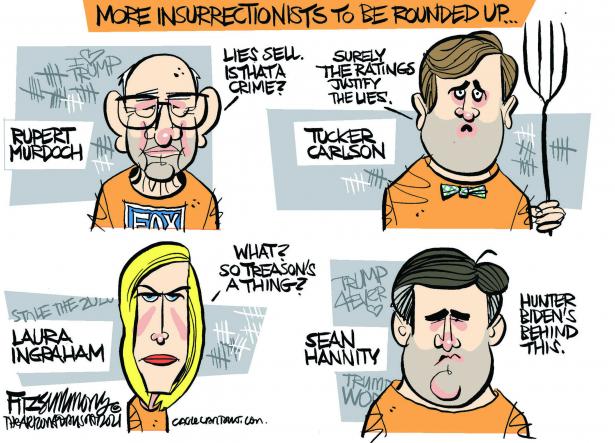 Donald Trump’s presidency generated an acute anxiety about objectivity in newsrooms. Throughout his presidency, journalists wrestled with the core tenets of objectivity, balance, and fairness, often suppressing their moral apprehensions toward the Trump administration in an effort to appear legitimate by virtue of neutrality.

From “Triangle of Sadness” and “Parasite to The Maid”, audiences are revelling in tales of inter-class violence that draw on growing discontent at inequality.

“Vidding” is a form of grassroots filmmaking in which clips from television shows and movies are set to music. For women, it’s been an important tool for altering media in a way that “heals the wounds created by the displacement and fragmentation of women on television,” says film studies scholar Francesca Coppa.

Jared Mauch, the Michigan man who built a fiber-to-the-home Internet provider because he couldn't get good broadband service from AT&T or Comcast, is expanding with the help of $2.6 million in government money. Comcast once told him it would charge $50,000 to extend its cable network to his house.

An Abolitionist Look at “Abbott Elementary”
By Eteng Ettah
Scalawag

Without cops or school resource officers roaming the hallway, Abbott invites us into a world that's possibility-laden and imaginative. It asks us both: What does it actually feel like to be a Black student? And: What should it feel like?

Two human rights organizations, a digital library, a sex worker activist, and a certified massage therapist filed their opening brief in a case that seeks to strike down the Fight Online Sex Trafficking Act for its many constitutional violations. Their brief explains why the law is a direct regulation of people’s speech, that censors online intermediaries—classic First Amendment violations.

Thanks to some remarkable people, and some good luck, Vermont has new and legacy Web sites, radio stations, and newspapers that keep the state not just informed but knit together. For the moment it shows that the decline of serious local journalism is not as inevitable as some imagine—and that “serious” means several different things.

Dominion Voting Systems, the election machine and technology company, is seeking to strip away the curtain protecting what happens behind the scenes at the nation's most watched cable news channel, which holds a singular role on the American political scene. The suit could also define what's fair game in journalism and politics in a democracy very much on the edge.

Whether it’s the cool embrace of fully digital banks, the unavailability of instant payments or wanton cheating within the subscription sector, a distinct “tech disconnect” shows the uneven, inconsistent and often inexplicable relationship we have with our increasingly digital, connected world.