50 years after the murder of my brother, Andrew Goodman, voter rights still threatened. 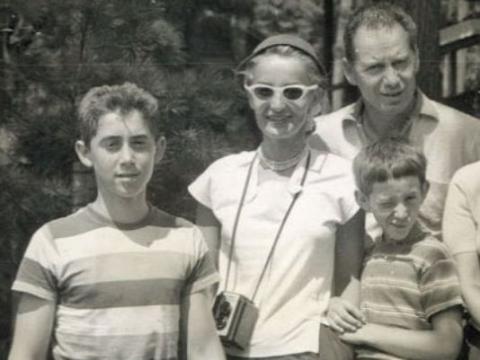 Fifty years ago, on June 21, 1964, my older brother, Andrew Goodman, was murdered near Philadelphia, Miss. He and his colleagues Michael Schwerner and James Chaney were ambushed by more than a dozen members of the Ku Klux Klan, including the county's deputy sheriff. They were taken to an unmarked dirt road and shot, one by one. Their bodies weren't discovered for 44 days, a mystery and a tragedy that continues to elicit raw emotions even a half-century later.

It happened on the first day of Freedom Summer, an effort by the black leadership to flood Mississippi with northern college students who would help register African-American voters.

At the time, barely 7% of Mississippi's black residents were registered to vote. In eight of the 13 mostly black counties in the state, not a single African American had ever voted. A century after the Civil War, they remained disenfranchised — citizens without a voice. It was more than segregation; it was subjugation. Something had to be done.

The 1964 Mississippi Freedom Summer Project was a bold initiative. Given the widespread hatred of "outside agitators," it was an act of remarkable bravery by all who participated.

As the late Maya Angelou wrote in the foreword to My Mantelpiece, the recently published posthumous memoir of my mother, Carolyn Goodman, "Those three young men represent 300,000 young men and women who dared, who had the courage to go to the lion's den and try to scrub the lion's teeth."

When 20-year-old Andy asked my parents for permission to volunteer in Mississippi, their urge to protect their son was trumped by the understanding that he was a spiritual reflection of themselves and their willingness to take action. His death devastated my family, but the brazenness of the act also shocked the nation. Sadly, it was largely because two of the three victims were white.

In fact, as officials searched through the forests and swamps of Mississippi, they discovered many black lynching victims who simply had been ignored because their tragic fate had become commonplace. So the case, which inspired the movie Mississippi Burning, lit a fire for the cause. It is no coincidence that the Voting Rights Act of 1965 was passed the following year.

Yet here we go again. Last year, the Supreme Court struck down a key provision of that landmark piece of legislation, and immediately a number of states moved to implement laws that would essentially reduce voter turnout among minority groups. Dubious claims of voter fraud are being used to once again disenfranchise a portion of the population.

In 1964, black would-be voters were turned away by intimidation and poll tests. Now, voter ID requirements and limited voting hours will disproportionately turn away, or inconvenience, low-income and minority voters. It is a more sophisticated and insidious form of voter suppression.

Something has to be done. After Andy's death, my mother devoted the rest of her life to ensuring that he did not die in vain. She formed The Andrew Goodman Foundation, celebrated youth activists, and worked tirelessly for voting rights and human rights (she was even arrested during a protest at age 83).

As the estimable Rep. John Lewis put it, "She got in trouble. ... It was necessary trouble. And she inspired many of us to continue to get in trouble."

But 50 years after Freedom Summer, we once again need to cause some trouble. The tragedy of the "Mississippi Burning" murders became a travesty of justice when only a handful of the perpetrators were convicted on federal charges, none spending more than a half-dozen years in prison because the state wouldn't pursue a murder prosecution.

It wasn't until 41 years later that the ringleader of the group was convicted of three counts of manslaughter. My 89-year-old mother testified at the trial, a trial that happened because a few determined folks, inside and outside of Mississippi, wouldn't let it go.

So we cannot let this new movement — these cynical and sinister attempts to disenfranchise Americans — go. If it takes an act of "outside agitation," so be it. If it requires courage, we can summon it. If it means replacing cynicism with optimism and apathy with action, we can accomplish it. After all, there is a tiny hamlet right next to Philadelphia, Miss. It is a town called Hope.