GDP and the Public Sector

The reality is that the government and the economy are so thoroughly integrated it is impossible to separate the two. 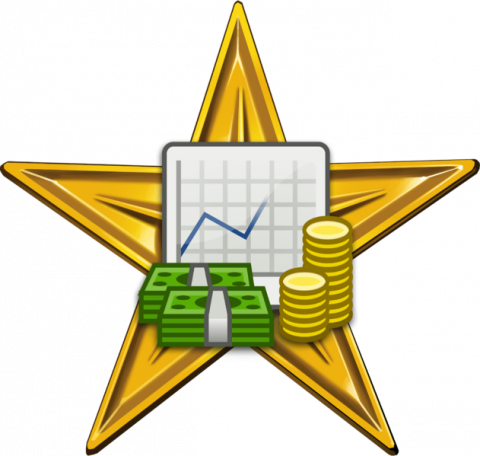 Lew Daly has an interesting, but unfortunately misdirected, critique  of the measurement of the public sector's contribution to GDP. He notes several areas, such as infrastructure and education spending, where the government contributes to our well-being, but which are not directly picked up in GDP as contributions from the government. While the point is true, the piece fundamentally mistakes what GDP is and also grossly understates the government's role in the economy.

First, GDP is a measure of economic activity. It is not a comprehensive measure of societal well-being and anyone who tries to use it as such is showing off their ignorance. GDP can be thought as being comparable to weight. It is difficult to imagine a doctor doing a medical exam and not wanting to know the patient's weight. It is useful and important information. If a person is 50 percent above or below their ideal weight, it likely means they have a serious health issue. On the other hand, someone could be right at the ideal weight for their body type and still be dying of cancer. Any doctor who ended their check-up with writing down what the scale shows has done some serious malpractice.

Similarly, GDP is telling us the value of goods and services the economy produced. It is not telling us whether the pollution that results is killing us, whether it all went to produce weapons and prisons, or whether Bill Gates and his kids pocket it all. We need other measures to evaluate such things, and we have them, but they are not GDP.

On the other point, the problem of assessing the government's role in the economy goes much deeper than Daly suggests. A huge amount of economic activity is undertaken through the incentives of patent, copyright, and trademark monopolies. Pharmaceuticals alone account for more than $380 billion a year in sales (2.2 percent of GDP). The bulk of these expenditures are higher prices that drug companies can charge because the government will arrest any competitors.

These monopolies are effectively prizes that the government offers to incentivize research and development and creative work. They are alternatives to direct government funding of these activities. (The government also does plenty of direct funding, for example the $30 billion a year it spends on the National Institutes of Health.) If anyone wants to add up the government's contribution to the economy, they better count these monopolies.

In the same vein, government regulation does far more to steer markets than Daly suggests. Doctors get high pay because we both restrict the number of foreign doctors and let doctors prevent nurses and other health care professionals from performing many services for which they are perfectly well-qualified. We can tell similar stories about most other highly paid professions. I don't know whether this contribution is a positive or negative in our addition, but it's very big bucks in either case. In the case of doctors alone, if their pay fell to the level of doctors in other wealthy countries it would save us close to $100 billion a year (0.6 percent of GDP).

The same applies to zoning restrictions. We have extensive restrictions just about everywhere. This is why I can't set up a slaughterhouse in front of Bill Gates' house. That raises the value of his estate, but reduces my ability to earn a profit. It's a huge government intervention into the economy, but it's not clear whether we want to count that one as a plus or minus.

In contrast to the story with doctors, the government actively tries to put downward pressure on the wages of manufacturing workers through international competition. This was a main goal of NAFTA and subsequent trade deals. These deals were designed to make it as easy as possible for companies to set up operations in developing countries and take advantage of lower cost labor.

There are a whole other set of rules that structure economic outcomes in enormously important ways. For example, if a union has an unauthorized strike against an employer, the company can run to court and get an injunction. This allows it to threaten union leaders with jail unless they end the strike. By contrast, if the company illegally fires workers for trying to organize a union, they run the risk of having the firings overturned months or years in the future by the National Labor Relations Board.

Even the level of economic activity is largely determined by the government. Our decision to run smaller budget deficits and maintain a high dollar (and thereby incur a large trade deficit) means that GDP is running almost $900 billion a year below its potential and leaving millions of people needlessly unemployed or underemployed.

I have no idea what number we could get by adding up these and other ways in which the government contributes to and/or shapes the economy. I have even less idea what the number could possibly mean.

The point is that we should not imagine that we have an economy sitting out in space to which the government adds to or subtracts from. This is a silly myth that unfortunately carries considerable weight in policy debates. The reality is that the government and the economy are so thoroughly integrated it is impossible to separate the two. This is the fundamental misunderstanding, not our measure of GDP.