Colleges and universities, which receive enormous tax benefits to serve the public interest, should be held to a minimum level of effort to enroll and graduate low-income and working-class students eligible for Pell grants. Governments could also provide financial rewards targeted to universities that commit to increasing socioeconomic diversity and that shift their funds from non-need merit grants to students in actual need. 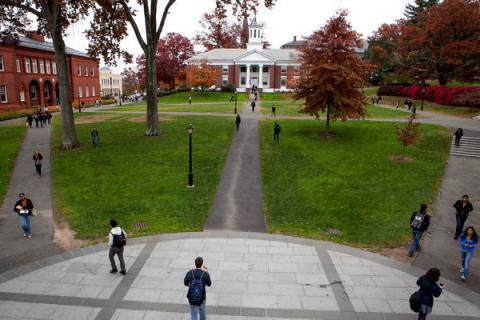 Amherst is among the elite colleges that have made progress in admitting low-income students,Ilana Panich-Linsman for The New York Times

Education is supposed to be America’s primary engine for social mobility, but growing economic inequality is vividly reflected in our nation’s top colleges. At the nation’s most selective 193 colleges and universities, affluent students (those from the richest socioeconomic quarter of the population) outnumber economically disadvantaged students (those from the bottom quarter) by 14 to 1.

To shine light on this issue, The New York Times recently published a new index of selective colleges, measuring their commitment to socioeconomic diversity. Some colleges, such as Amherst and Harvard, have made considerable progress in opening their doors to low-income students, while others have done less well.

Of course, Amherst and Harvard are wealthy colleges, substantially richer than even many other elite colleges. Administrators at some of these other colleges point this out when asked about their own socioeconomic diversity: Wealthy universities can afford to increase socioeconomic diversity, the argument runs, but not everyone has the endowment to do so.

(Selective colleges also used to make excuses that there were not enough academically prepared low-income students to recruit, until Caroline Hoxby of Stanford and Christopher Avery of Harvard established that there are at least 35,000 very-high-achieving low-income students, most of whom do not now attend — or even apply to — selective colleges.)

Along with its story, The Times published a scatterplot chart comparing endowment and Pell representation. The message was clear. Some colleges do a much better job than others of opening doors to disadvantaged students even though they have roughly equal endowments per student. Indeed, some of the richest universities and colleges invest few of their resources in this goal, while some less moneyed institutions pour more of their limited resources into pursuing socioeconomic opportunity.

Top-tier colleges in The Times analysis ranged from economically diverse (25 percent of students with Pell grants) to fairly homogeneous (6 percent with Pell grants). Nationally in 2012-13, 36 percent of students received Pell grants, the primary federal student aid program for low-income and working-class students. Two-thirds of Pell grant recipients attend public two- and four-year colleges and universities. The remaining go to private institutions, including a small number who attend for-profit colleges, whose abuse of federal subsidies has become a matter of controversy.

To illustrate the different levels of effort made by colleges with roughly equal endowments, consider the top 50 liberal arts colleges, as ranked by U.S. News & World Report. Endowment per student at these colleges ranges from less than $100,000 to more than $1 million. And the number of Pell grant students generally ranges from 8 to 24 percent.

Within this sample, three colleges — Amherst, Pomona and Swarthmore — have endowment per student in the $1 million range, yet Amherst shows greater effort in pursuing socioeconomic diversity, using its endowment to create a freshman class with about 20 percent of students receiving Pell grants. Pomona’s Pell representation is 18 percent, while Swarthmore’s is just 15 percent.

Top 50 colleges with relatively low endowments — at or below $200,000 per student — range in Pell grant proportions from Occidental (20 percent) to Wesleyan (18 percent) to Gettysburg (13 percent) to Kenyon (8 percent).

Colleges with similar resources admit very different numbers of low-income undergraduates. Some wealthy colleges admit many such students, but others do not. At Wesleyan, Susquehanna and some other colleges with relatively small endowments, lower-income students make up a relatively large share of the student body. 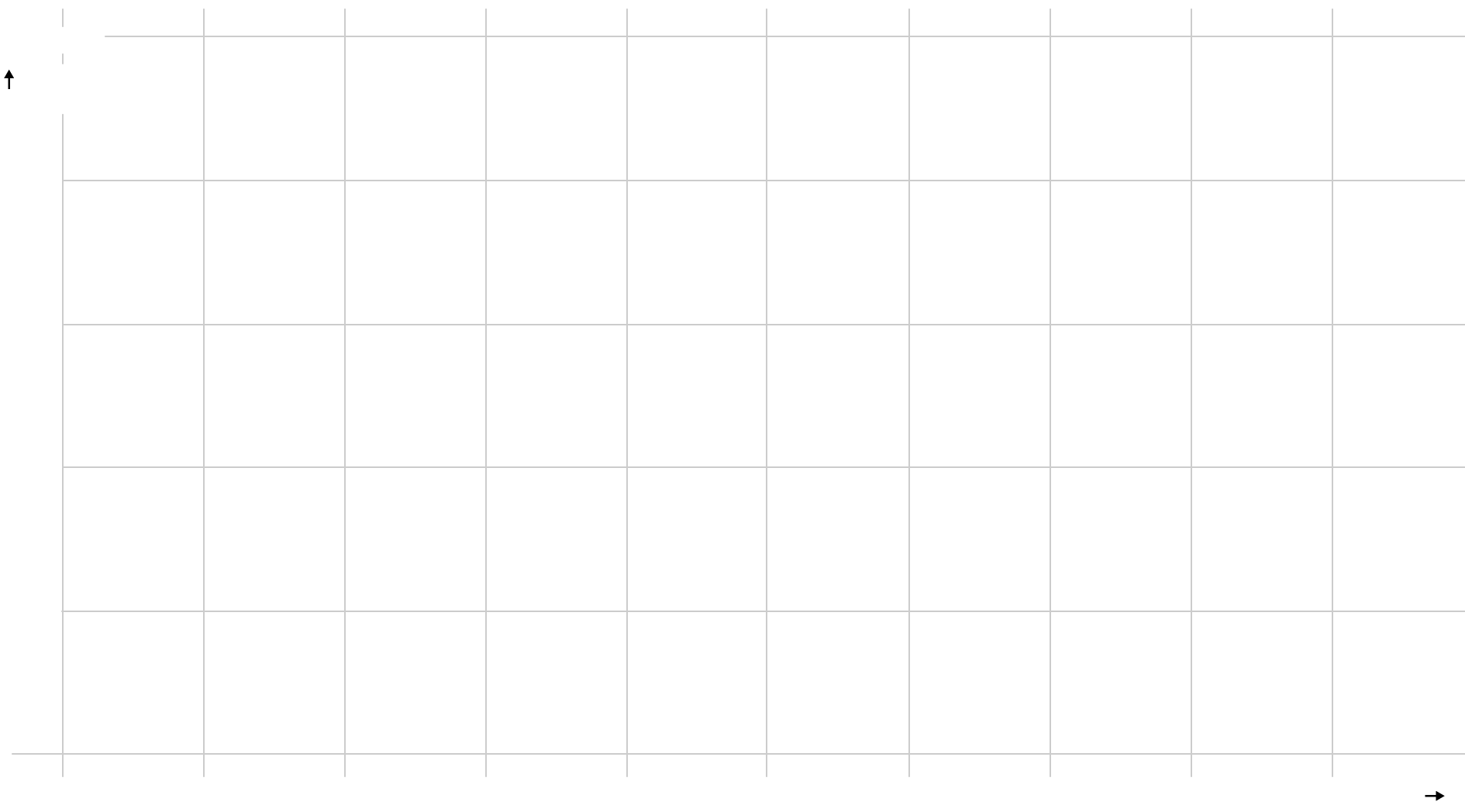 These widely varying figures for colleges within similar endowment-per-student bands suggest substantially different levels of commitment. Under the former president Anthony Marx, for example, Amherst made a strong public commitment to socioeconomic diversity. And at Occidental (where one of us teaches), there has been a longstanding commitment, going back to the president John Brooks Slaughter in the 1980s, to promoting excellence and equity, reflected in the college’s consistent ranking among the institutions with the highest proportion of Pell grant students.

An obvious question is what kind of public policies would encourage colleges to raise their commitment to equal opportunity. There are at least two broad ideas for doing so.

First, colleges and universities, which receive enormous tax benefits because they are meant to serve the public interest, could be held to a minimum level of effort to enroll and graduate low-income and working-class students eligible for Pell grants. The standard could vary by endowment size.

The federal government does not tax the endowment income of colleges and universities and allows wealthy individuals to write off donations to nonprofit higher education institutions, because colleges commit to serving public purposes. Richard Vedder, an economist, estimates that the public subsidy of these tax breaks costs the government about $45,000 per pupil at Princeton in lost taxes.

Second, carrots could supplement sticks. Today, colleges and universities struggle to provide access to low-income and working-class students because states have cut back on support for public universities and because the federal Pell grant has failed to keep up with the rising costs of college attendance.

In 2012-13 the maximum Pell grant covered 31 percent of the cost of attending a public four-year college, down from between 69 percent and 84 percent in the 1970s. At private colleges, the maximum Pell grant now pays for only 14 percent of the list price of tuition, fees, and room and board. As a result, colleges have to supplement the federal aid with their own resources if they want to have low-income students on campus.

Some policy makers have expressed concern that federal financial aid has played a role in pushing up college costs. We don’t see good evidence to support that notion and believe that increasing Pell grants would benefit students, and not just pad the bottom line at colleges. But raising the overall level of federal and state aid is not the only option.

Federal and state financial incentives for institutions that serve Pell recipients could be a powerful counterweight. Catharine Bond Hill — an economist and the president of Vassar, which has become one of the most socioeconomically diverse elite colleges — believes it’s possible.

Similarly, policy makers could consider ways to encourage tax-exempt foundations to give priority to investing in universities and colleges that demonstrate a commitment to educating low-income students. And private benefactors — who typically bestow their individual and family contributions to their alma maters — could be encouraged to give to colleges that walk the walk when it comes to economic diversity.

These policies could have a big impact, especially in light of new legal pressure that encourages institutions to use alternatives to racial preferences in pursuing racial diversity. In Fisher v. University of Texas, the Supreme Court last year held that universities “bear the ultimate burden of demonstrating, before turning to racial classifications, that available workable race-neutral alternatives do not suffice.”

Whatever one thinks of that ruling, it clear that the decision represents an opportunity to encourage universities to put new emphasis on affirmative action for economically disadvantaged students of all races as a way of indirectly promoting racial diversity.

Among the nation’s top 50 liberal arts colleges, those institutions that lead in opening doors to low-income and working-class students also generally have higher proportions of domestic students of color than do institutions with fewer Pell recipients. For instance, at the 15 selective liberal arts colleges with the highest Pell grant percentages of freshmen, sophomores, juniors and seniors, 31.7 percent of students were domestic students of color, while at the bottom 15, the figure was 20.3 percent.

Taken together, these steps — and actions by individual colleges and donors — would help the nation’s elite institutions of higher learning look less like an aristocracy and more like the meritocracy they are supposed to embody.