Investment of public money needs transparency and accountability. The CalPERS decision to end hedge fund investments should be a clarion call for pensions to re-examine their relationship with these and other nontraditional investment instruments. Trillions of dollars of public money as well as the retirement security of millions of workers are at stake. 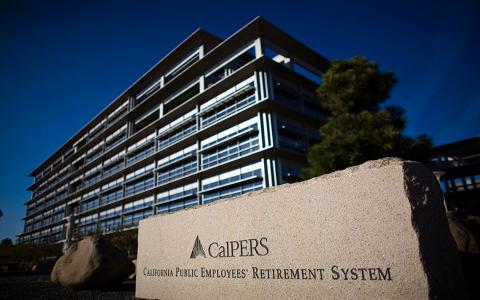 In a remarkable development last week, the California Public Employee Retirement System (CalPERS) announced that it was ending its investments in hedge funds. With almost $300 billion in assets, CalPERS is the largest public pension fund in the country. As a result, this decision will get lots of attention from other pension funds as well as other institutional investors.

There were a variety of explanations offered for CalPERS’ decision, but two obvious factors are the fees and the returns. A standard hedge fund contract gives the managers 2 percent of the money invested each year, plus 20 percent of the gains over some benchmark return. This is a lot of money to pay out in fees. If CalPERS had put 10 percent of its assets in hedge funds, as do some other pensions, it would pay $600 million in fees annually, even before counting the 20 percent take on the gains. (Given its size, it is possible that CalPERS could negotiate discounts.)

In addition to charging large sums in management fees, hedge funds have not in general been an especially good investment in recent years. While there are some funds that have consistently beaten the overall market, most have not. The average before-fee return on hedge funds was just 7.4 percent in 2013, the fifth straight year that it was below the Standard & Poor 500’s. High fees and low returns do not make an investment promising.

While CalPERS may not have done very well with its hedge fund investments, the people who managed these funds almost certainly did. Many of the highest-paid people in the country manage hedge funds. Two percent of sums in the billions can provide for a substantial paycheck, even if the hedge fund doesn’t manage to cross the 20 percent earnings threshold for additional fees. (As a bonus for hedge fund managers, they get to pay the lower capital gains tax rate on the portion of their income that results from this incentive pay.)

The fees that pension funds pay to hedge funds or, even more important, to private equity funds are an important issue deserving public attention. There is a well-funded campaign attacking public sector pension plans. One of their main arguments is that the pension funds are grossly underfunded. The opponents of public pensions call for cutting benefits for current workers and retirees and replacing traditional defined benefit plans with 401(k)-type plans.

This is the public’s money, and the public should have a right to know what is being done with it.

The claims of underfunding are grossly exaggerated. While some plans are seriously underfunded, most were reasonably well funded when the economic crisis hit in 2008. With the market having recovered its value, most funds will look pretty good when their 2014 reports are made available early next year. However, a big issue remains the returns that the funds can expect to receive. And the more money pensions pay to the people who manage hedge funds and private equity funds, the lower their returns.

It is debatable whether pension funds should be investing in hedge funds or private equity funds at all, but one point that should not be in question is the need for transparency with these investments. This is the public’s money, and the public should have a right to know what is being done with it. The hedge funds and private equity funds claim to be able to get returns above a simple market index’s. It should be possible to verify these claims to ensure that the pension funds are coming out ahead in these deals.

Unfortunately, many pension funds have gone in the opposite direction of trusting more of their assets to these funds with little public disclosure. The model for this practice is Gina Raimondo, treasurer of Rhode Island, who just won the state’s Democratic gubernatorial nomination. Raimondo cut benefits for current and future retirees and shifted much of the state’s pension portfolio into private equity and hedge funds. While she has been praised in the media for going this route, the consequences for the state’s pension plans remain to be seen.

The other obvious problem with secrecy in the control of state pension funds is the risk of corruption. If managers are allowed to earn excessive fees, it invites kickbacks from those hoping to gain control. Steve Rattner, who oversaw the restructuring of GM and Chrysler at the start of Barack Obama’s administration, paid $6.2 million to settle charges made by the Securities and Exchange Commission that he made kickbacks to gain control of the management of a portion of New York state’s pension funds.

Whatever the details of the Rattner case, people wouldn’t be making payoffs if there weren’t excessive fees to be earned from managing public pensions. If everything were fully transparent, the opportunities for this sort of corruption would be minimized. The best way to maximize transparency is to have full contracts available on the Web for anyone who cares to read them, with a summary statement showing the main features of each contract, along with the returns on the money being managed.

The CalPERS decision to end hedge fund investments should be a clarion call for pensions to re-examine their relationship with these and other nontraditional investment instruments. Trillions of dollars of public money as well as the retirement security of millions of workers are at stake.

Dean Baker is co-director of the Center for Economic and Policy Research and author, most recently, of The End of Loser Liberalism: Making Markets Progressive.