Pension Bills Have Always Been Bipartisan. Not Anymore.

Pension legislation historically has been bipartisan—and it very well might be again in the future. After more than a decade of failed efforts, the retirement security of 1.5 million Americans and their families, finally, took priority. 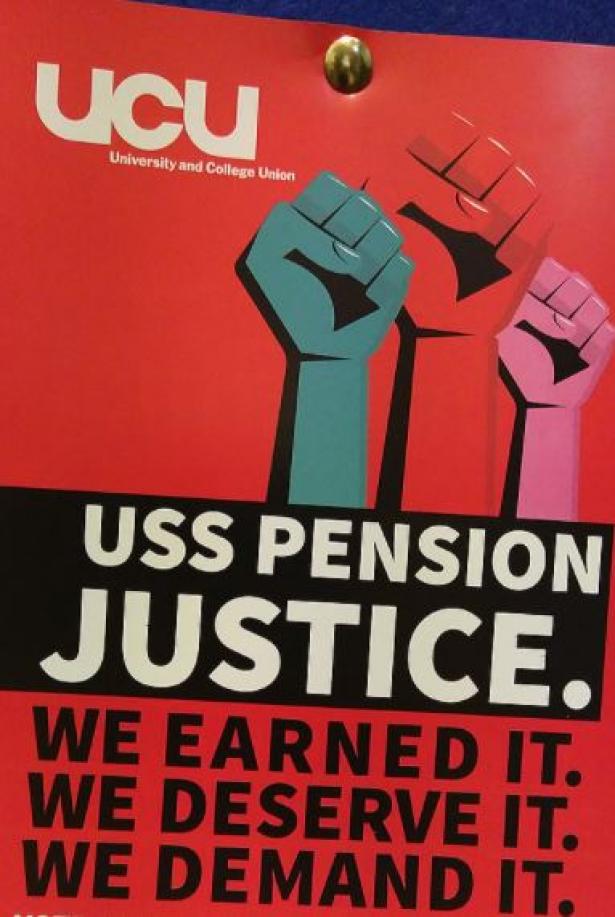 After more than a decade of attempts to reach a bipartisan agreement that would prevent 1.5 million retirees from losing their pensions, congressional Democrats finally gave up and decided to do the job themselves. They are using budget reconciliation to avoid a filibuster and allocate $80+ billion of the $1.9 trillion American Rescue Plan Act to preserve the pensions. This will be the first time in memory that major pension legislation has not been bipartisan. Without exception, all major pension legislation since the passage of the Employee Retirement Income Security Act (ERISA) in 1974 has been negotiated across party lines.

What caused this upheaval? Pension failures in the imminent future (in “pension time”, that’s 4-5 years) and negotiation failures for years in the past.

What are multiemployer pensions? Multiemployer pensions are traditional pensions negotiated by unions in industries where there are many small businesses, so a single plan covering many employers makes more sense than hundreds of small plans. There are plans for construction, trucking, food stores, orchestras, theaters, coal mines, and more. Nationwide, about 1500 such plans cover some 10 million workers and their families. The contributions are negotiated between employer associations and unions. They rely on actuaries’ estimates to ensure that the employers’ payments when invested will return enough to pay the pensions when their workers retire.

Why are they in trouble? However, a minority of these plans have been hit by a double whammy: their actuaries were too optimistic about investment returns and so, like many other traditional pensions, these plans are severely underfunded. In addition, because of industrial changes, many of the companies whose employees are still in the plan are themselves no longer around to pay the bill. The companies that remain active cannot afford to cover everyone and so these plans will run out of money. About 1.5 million people and their families will lose their pensions through no fault of their own. Furthermore, the federal Pension Benefit Guaranty Corp. (PBGC), which was designed to insure at least part of those benefits, is itself woefully underfunded and will be insolvent within five years.

Why did bipartisanship fail? This catastrophe has been foreseen for more than a decade, and for more than a decade there have been efforts to negotiate a bipartisan solution. These involved a combination of taxpayer funds, “shared sacrifice” (i.e., cuts to pension benefits and increases in the insurance payments plans made to PBGC), and “governance changes” to limit actuarial optimism by plans, etc. Democrats, who were the minority in at least one house of Congress, favored more taxpayer funds and less sacrifice from workers or retirees. Republicans, most of whom viewed these as “union plans seeking a bailout”, favored benefit cuts, higher premiums, and governance changes; only reluctantly did some agree that federal funds would be necessary. Legislation without federal funds was negotiated in 2014, but the benefit cuts involved were so draconian that the Obama administration largely refused to implement the law. A bipartisan, bicameral special committee was established and tried unsuccessfully to negotiate an agreement that involved federal funds in 2018. Two years later, with a Democratic House and a Republican Senate, another effort was made with the same result.

This year, when Democrats got (narrow) control of the Senate, they decided to solve the problem using the budget reconciliation process, knowing that it would depend only on Democratic votes.

The Democratic approach has been widely criticized and an unusual coalition has arisen in opposition. It includes Republicans who tried, but repeatedly failed, to reach a bipartisan pension agreement. It includes people who hate the unions that negotiate these pensions and those who are jealous and resent those pension benefits. It includes budgeteers who are bothered that the overall bill spends too much, or that a “COVID-relief bill” might also solve other problems. Many pension experts are upset because the bill doesn’t correct the actuarial and oversight processes that allowed the plans to become massively underfunded. Others argue that, somehow, the $80 billion to preserve private pensions that have been federally-insured for over 40 years is a prelude to a several trillion dollar bailout of state and local pensions, for which the federal government has never been responsible. Some, like both The Washington Post and Wall Street Journal editorial pages, combine many of these objections.

Why Democrats decided to go it alone. Some of these concerns are legitimate, but it’s not hard to see why Democrats decided not to wait yet again for the bipartisan millennium. Republicans, when they had the White House and the majority, twice failed to negotiate a compromise. Are they likely to become more cooperative when it’s a Democratic president signing the bill?

Furthermore, time is running out. When the first rescue legislation was proposed in 2010, the largest distressed multiemployer plan—with 400,000 drivers, food service workers, and others relying on it for their retirement—was projected to be more than a decade, perhaps even two, from failing. Now its insolvency is four years away—for pensions that must plan for decades, that’s the equivalent of next week. Other plans, from industries like clothing and textiles, have already failed.

The federal pension backup is failing, too. Without funding from taxpayers, PBGC will be insolvent within five years. Having run PBGC from 2010-2014, I believe strongly that this should not happen. Congress has never allowed any federal insurance program to go bankrupt. Taxpayer funds have been used to prevent the insolvency of crop insurance, flood insurance, banks, savings and loans, auto companies, and airlines. It would be surprising and cruel if Congress suddenly decided to draw the line now and walk away from its commitment to retirees’ pensions.

Using reconciliation and giving up on bipartisanship has consequences. There are, to be sure, many issues that would have been resolved differently if any of the bipartisan negotiations had succeeded. There would have been some combination of shared sacrifice, that pension benefits be cut back and that unions pay some of the costs of the rescue in future contracts. Likewise there would have been a requirement that actuaries’ overly optimistic estimates of future investment returns be more conservative, to reduce the chance of future shortfalls. The amount of federal taxpayer funds would have been tens of billions less.

However, the calendar and calculus of reconciliation means that Democrats, relying only on Democratic votes, have to satisfy different demands. As the price for getting necessary votes from anti-union Republicans, retirees once might have accepted some benefit cuts and healthy plans some higher premium payments, but they are no longer willing to do so. Reconciliation rules meant that all funds had to be immediately given to pensions rather than being paid out over decades as PBGC benefits. They also barred some other pension reforms from consideration.

Pensions are complex. Pension legislation historically has been bipartisan—and it very well might be again in the future. However, after more than a decade of failed efforts at bipartisanship, the retirement security of 1.5 million Americans and their families, finally, took priority.

[Hon. Joshua Gotbaum, a Guest Scholar in the Economic Studies Program, has worked in the White House and various agencies in five administrations under presidents of both parties.  He chairs the Maryland Small Business Retirement Savings Board and from 2010-14 directed the U.S. Pension Benefit Guaranty Corp. During the 1990s, he was Assistant Secretary of Treasury for Economic Policy and also held presidential appointments in the Office of Management and Budget and the Department of Defense. Previously, he worked on White House energy and economic policy staffs.

He also has extensive experience in business and non-profits. From 2003-5, he ran and successfully brought Hawaiian Airlines out of bankruptcy as its Chapter 11 Trustee. He was the first CEO of The September 11th Fund, a $500+ million charity that assisted more than 100,000 families, institutions, and communities. From 1981-94, he was an investment banker with Lazard, providing advice on finance, mergers, and restructuring in North America and Europe. He has been a partner in a private equity investment firm and a consultant to other investment firms. He has served as a corporate director for both public and private companies, and is currently a director of Thornburg Investment Management.]