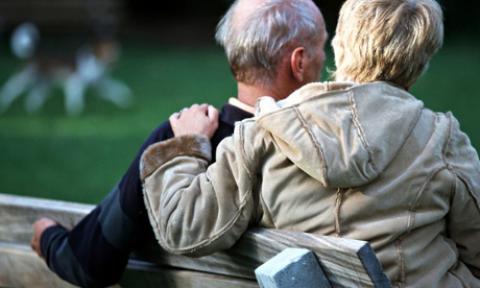 Aimed mainly at the parents of young children and ageing adults, the market for brain fitness products is $1.3bn (£0.8bn) worldwide. , Alamy

Companies marketing “brain games” that are meant to slow or reverse age-related memory decline and enhance other cognitive functions are exploiting customers by making “exaggerated and misleading claims” that are not based on sound scientific evidence, according to an open letter signed by 73 psychologists, cognitive scientists and neuroscientists from around the world.

“Many scientists cringe at exuberant advertisements claiming improvements in the speed and efficiency of cognitive processing and dramatic gains in ‘intelligence’,” they write, saying the games may have the opposite effect by making the player less socially and physically active.

Mainly marketed at the parents of young children and ageing adults, brain games are rapidly growing in popularity. According to SharpBrains, a market research firm tracking the “neuro-wellness” industry, the market for brain fitness products produced by companies such as Lumosity, Cogmed, and Posit Science is currently around $1.3bn (£810m) worldwide. This figure is projected to rise to $6bn by 2020.

Focusing on the industry’s targeting of ageing populations, the experts argue that exaggerated or misleading claims “exploit the anxiety of adults facing old age for commercial purposes” and can be potentially harmful.

“This is not an indictment of research trying to discern cognitive plasticity,” said Laura Carstensen, director of the Stanford Center on Longevity, which, along with the Max Planck Institute for Human Development, released the letter. “But to date there’s scant evidence that the kinds of training offered by these products have generalised effects to everyday life – we’re just not there yet.”

Another argument is that time spent playing brain games comes at a cost. “If an hour spent doing solo software drills is an hour not spent hiking, learning Italian, making a new recipe, or playing with your grandchildren, it may not be worth it,” the experts write. Reduced physical exercise could be particularly harmful because exercise is known to improve general health, including brain fitness.

The signatories say that the “most pernicious” claim, with no scientific evidence to back it up, is that some of the games can prevent or reverse the onset of Alzheimer’s disease, although this is not a claim made by Lumosity, Cogmed or Posit Science.

Although there are numerous studies showing that practice can improve your ability to perform a specific cognitive task, the tricky question is whether that leads to wider improvements. Can getting better at a narrow task in a game transfer to broader measures of intelligence? While some isolated studies show promising results, others have proved difficult to reproduce or have been disproven altogether.

A recent meta-analysis of 23 investigations of memory training by research teams worldwide suggested that the exercises did not lead to significant broader effects. In addition, there is the well-known bias across scientific disciplines for reporting positive effects: studies that show no effect are less likely to be published, and so the overall picture may be skewed towards showing success where it does not really exist.

But brain game companies strongly disagree. Michael Merzenich, professor emeritus at UC San Francisco and founder of Posit Science, argues that companies cannot all be lumped together under one umbrella. “We agree that some commercial producers and distributors of brain ‘games’ have only limited scientific support for their claims,” he said. Posit Science’s product, BrainHQ, relies more on sharpening sensory perception to achieve upstream effects in cognition, he said, and is supported by “more than 70 controlled, random-assignment studies”. He condemned the scientists’ statement as “idiotic” and “wrong”.

Asked about this, several scientists who were contacted for this story reiterated the point that no meta-analyses to date support Merzenich’s claim. But several scientists pointed to the fact that the most robust studies – meta-analyses that draw together and critically evaluate the results of several experiments – do not support his position. “Dr Merzenich has a fantastic past as a scientist and has done some truly extraordinary work on rodents regarding auditory perception and plasticity,” said Prof Ulman Lindenberger, director of the Center for Lifespan Psychology at the Max Planck Institute for Human Development in Berlin and a signatory of the letter. “But I think it’s fair to say that the vast majority of people who do cognitive intervention research in adulthood just don’t think that the evidence is there to say that this is able to increase your cognitive ability in a general way.”

At the time of publication, Lumosity had not responded to a request by the Guardian for comment, while CogMed forwarded the company’s mission statement. It said: “Cogmed Working Memory Training is a software-based training program designed to improve attention in children and adults who struggle with poor working memory. The results are proven to persist substantially beyond training for the vast majority of individuals and can have a major effect on a person’s overall cognitive capacity.”

The letter’s signatories do not rule out the possibility that it might be possible to improve brain function using games. One signatory, Adam Gazzaley, a neuroscience professor at UC San Francisco, has also co-founded a company called Akili Interactive Labs that is researching and developing a brain-boosting video game. “We have seen exciting ‘signals’ of promising effects in our research. From that perspective, I am optimistic. But, we truly are still in our infancy; there is much more work that needs to be done to make the strongest prescriptive claims. From that perspective, I am conservative,” he said.