Offering Model for World, Students in the UK March for 'Free Education'

'We are determined,' said students organizers in a joint letter, 'to build a movement too big to ignore that puts free, accessible and public education back on the political agenda.' Thousands marched supporting those demands yesterday. 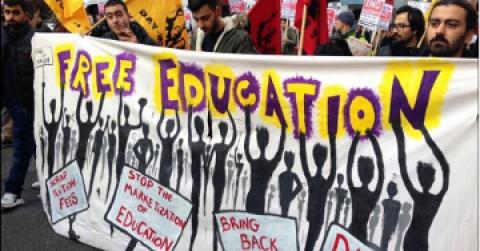 Those are the calls being voiced in the streets of London on Wednesday as thousands of students marched for publicly-funded ("free") education nationwide. The protest was also billed as a direct challenge to austerity cuts to higher education imposed by the conservative government led by David Cameron.

Organizers said the march is just the beginning of "a major wave of action" ahead of the nation's next general election. "We are determined," the students said in a joint letter, "to build a movement too big to ignore that puts free, accessible and public education back on the political agenda."

In a tweet, the anti-austerity group UK Uncut declared, "No cuts! No fees! No debt! Education is a right not a privilege. The students are back on the streets demanding #Free Education."

The #freeeducation hashtag is being used to document the march in real-time on Twitter: 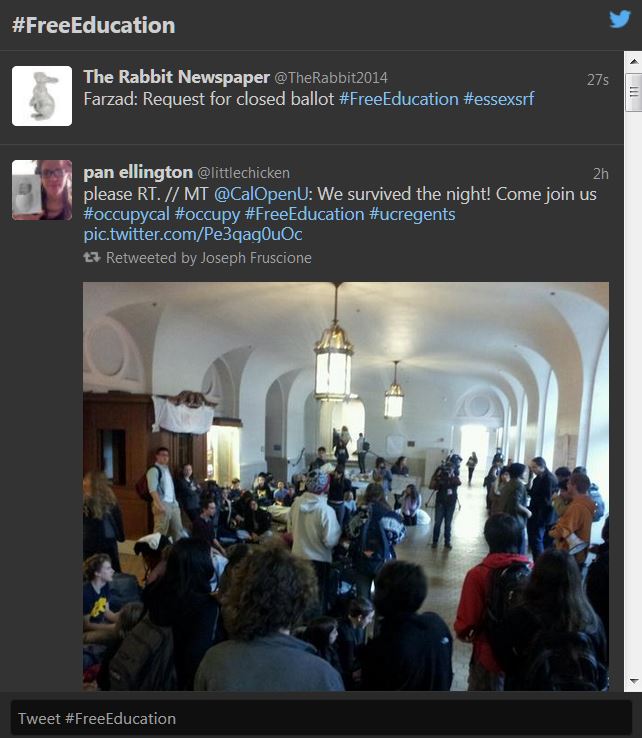 Led by a coalition of several student-led groups-including the Student Assembly Against Austerity, the National Campaign Against Fees and Cuts and the Young Greens - organizers and participants wrote an open letter explaining their demands in a letter published in the Guardian on Wednesday morning:

According to a statement put out by the Young Greens, the Cameron government and the ruling elites have their priorities on education all wrong. "[They] sees public services as a means to make a profit for the rich and powerful rather than a means to serve the common good," the party said in a statement. Putting forward their proposed solutions, the group listed the following set of policy changes to counter the current assault on education and students:

Earlier this the year, the Student Assembly Against Austerity released a digital pamphlet, titled The Student Manifesto, which explained why free education was necessary and laid out 15 demands to create a revitalized public education in the country. Read or download it here: