Only U.S. and Israel Oppose UN Ban on Weapons in Outer Space

Only the U.S. and Israel voted against UN resolutions calling for the prevention of an arms race in outer space and prohibiting the manufacture of new weapons of mass destruction. These two resolutions were among several dealing with disarmament passed by the UN General Assembly December 2nd. The U.S., Israel, Canada, and Micronesia voted against a resolution calling on Israel to sign the Nuclear Non-Proliferation Treaty while 20 countries abstained. 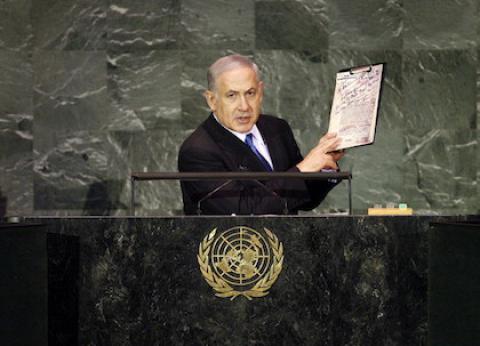 Israel and the United States were the only two countries to vote against a UN resolution calling for the prevention of an arms race in outer space.

The resolution was among several dealing with international disarmament passed by the General Assembly on 2 December, including one calling on Israel to join the Nuclear Non-Proliferation Treaty and bring its rogue nuclear program under international supervision.

China and India, which both have space programs, along with the member states of the European Space Agency, voted for the initiative aimed at keeping space free of weapons.

The US and Israel were also the only two countries to vote against a separate UN resolution calling for a prohibition on the development and manufacture of new types of weapons of mass destruction.

That resolution passed with 174 countries voting in favor and a single abstention, Ukraine.

Among those voting for the ban on new weapons of mass destruction were Iran and Iraq, two states subjected to devastating war or sanctions on the basis of dubious or fabricated Israeli and American claims that they intended to produce such weapons.

Iran is currently under harsh economic sanctions – in large part due to pressure from Israeli Prime Minister Benjamin Netanyahu – over its nuclear energy program.

The US and Israel were only slightly less isolated when it came to a resolution on the “risk of nuclear proliferation in the Middle East.”

The only votes against the resolution were Canada, Israel, the US and its colonial holdover Micronesia.

The resolution calls on Israel to sign the Nuclear Non-Proliferation Treaty (NPT) “without delay,” noting that it remains “the only State in the Middle East that has not yet” done so.

Since the 1950s, Israel has been making atomic bombs with the complicity and support of its Western sponsors including France, the US and the UK.

Israel, as I explain in my book The Battle for Justice in Palestine, has a poor record of nuclear safety.

It came near the bottom of a 2012 survey by the Nuclear Safety Initiative examining the security conditions of nuclear materials held in 32 countries.

But the full extent of the nuclear danger Israel poses cannot be known while its facilities remain hidden from international inspection.

US envoy Robert Wood voted against the resolution at the committee-level last month on the grounds that the measure “fails to meet the fundamental tests of fairness and balance. It confines itself to expressions of concern about the activities of a single country.”

What is interesting is that twenty states abstained from the resolution calling on Israel to join the NPT.

These include nuclear-weapons power and new Israeli ally India, Germany (which gives Israel submarines on which it deploys nuclear weapons) and other EU states including the UK, Italy, Austria, the Netherlands and France.

These are sadly the usual suspects who lecture the rest of the world about “peace” but are always on hand to assist Israel to commit its crimes while shielding it from any accountability.

[Ali Abunimah is the co-founder of The Electronic Intifada and author of The Battle for Justice in Palestine.]