The “red-red-green” coalition has taken office in Thuringia, German -- having squeezed through to victory by one single wavering vote. 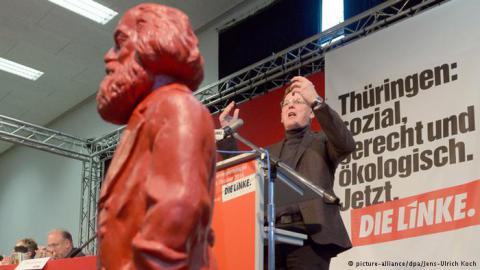