labor The Next Big Fight Among Democrats? 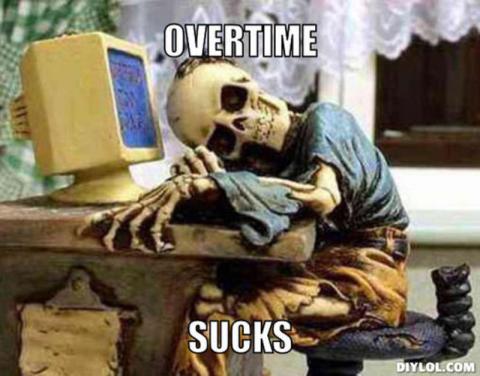 , beta.diylol.com
Almost a year ago, President Obama vowed to use his “pen” and “phone” wherever possible to “make a difference for middle class Americans,” effectively promising to aggressively employ executive action to lift struggling Americans’ economic prospects in the face of implacable Republican opposition.
But now some liberals are beginning to worry that Obama may fall short in this regard, on an issue where he could perhaps give more of an economic boost to the middle class through unilateral action than on any other front. And if that happens, it could form the basis for another argument among Democrats over the party’s economic direction.
The issue in question is how Obama will treat the issue of overtime pay, which is set to flare up next month. Senator Sherrod Brown, a leading member of the party’s increasingly emboldened populist wing, tells me: “As the party of the middle class and those seeking to join it, Democrats should stop the erosion of overtime pay.”
The background: Last spring, Obama directed the Department of Labor to revise the rules that govern which private sector employees get overtime pay as part of the New Deal-era Fair Labor Standards Act. Under current rules, those who make $455 or less — a mere $23,660 per year or less — qualify for time-and-a-half pay if they work more than 40 hours per week. Many workers over that threshold do not qualify for that protection. That threshold is functionally lower than it has historically been, thanks to inflation: According to the Economic Policy Institute, only 11 percent of salaried workers qualify, which compares with 65 percent back in 1975.
The question is: How high will the Obama administration set the new threshold? The answer will determine how many people will benefit and could amount to differences totaling in the millions of people. Some liberals are pushing Obama to set the threshold at around $51,000 per year, which could mean overtime pay for 47 percent of workers who get salaries. Billionaire Nick Hanauer, who has forthrightly admitted that “wealthy capitalists” such as himself have been enriched in part by the current low threshold, wants it set even higher, at $69,000 per year.
But now the Huffington Post’s Dave Jamieson reports that some of these liberals think the Obama administration is eying a much lower threshold, of around $42,000.
This is where the argument among Democrats could kick in.
Progressive Senators who have already criticized the administration on other economic issues — Sherrod Brown, Elizabeth Warren, Bernie Sanders, Tom Harkin — wrote a letter last spring to Obama, applauding his decision to revisit overtime pay.
But in their letter, the liberal Senators also set forth their desired threshold: Around $54,000 per year.
The differences here matter — a lot. According to the EPI, raising the threshold from its current level to a sum in the neighborhood of what the liberal Senators want could mean higher overtime pay for at least 2.6 million more people than raising it to $42,000, the amount the Obama administration is supposedly eying.
Senator Brown tells me Democrats should draw a line at $54,000. He emails:
“If Congress can index the threshold for the estate tax and raise it fivefold, then there’s no reason we shouldn’t update the threshold for overtime pay. As the party of the middle class and those seeking to join it, Democrats should stop the erosion of overtime pay. Ensuring that workers who earn up to at least $54,000 receive the overtime they deserve will help more Americans make ends meet and bolster consumer spending and the economy.”
Hanauer says his conversations with administration insiders have indicated to him that the White House might feel constrained by the possibility of pressure from the business community, which is likely to argue that raising the threshold too high (or, perhaps, at all) will kill jobs. As the HuffPo piece notes:
Businesses have good reason to worry about the overtime reforms. Thanks to the exemptions, many companies can squeeze however many hours they want out of workers without having to pay anything beyond the base salary. That will soon change.
So an aggressive lobbying campaign against too much of a hike may be coming. On the other hand, the business community may attack the threshold as a job-killer no matter where the administration sets it.
In fairness, we don’t know where the administration will set the threshold. It is expected to announce its preliminary decision in February, whereupon there will be a public comment period, followed by a final decision sometime later. During that period, the administration may release its economic rationale for its decision, and liberal economists may scrutinize it to see if it is needlessly constraining or too inclined to see an ambitiously-set threshold as a threat to businesses. That period will also offer an occasion for liberals to lobby for a higher bar.
As Paul Waldman recently noted, Republicans will also attack the move as more executive fiat. But they would attack any such move in this manner, and in this case, the only question is where that threshold is set, not whether the administration gets to set it. So liberal Dems will urge Obama to be as ambitious as possible, in keeping with his own promise to go all out unilaterally to boost working Americans’ economic prospects, at a time when some Dem strategists have concluded voters no longer believe Dems have solutions to deep structural economic problems afflicting the middle class, such as stagnating wages.
As Jared Bernstein, a former White House economic adviser who is also advocating for a high threshold, puts it to me:
“This fight is a great opportunity for the Democratic wing of the Democratic Party to show what it’s made of by taking a stand on a higher threshold. The president has consistently vowed to do everything in his power unilaterally to help the middle class. There may be no other action he can take unilaterally that would help the middle class more than this one would.”
Subscribe to Portside