Why Is a Ferguson Grand Juror Being Silenced? 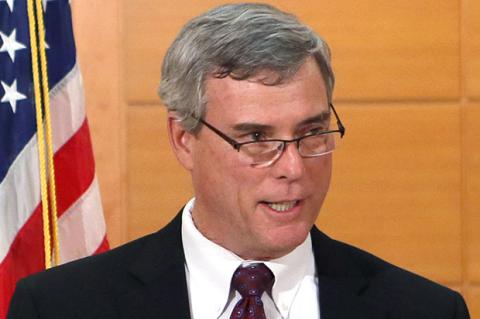 Just when America thought that the story of the killing of Michael Brown by Darren Wilson — which divided the country along race and economic lines like no high-profile court case since perhaps the trial of O.J. Simpson — had reached a controversial but final end, the American system of checks and balances, and one still-anonymous member of the grand jury that decided Wilson’s fate, has pulled it back in.

After the weeks of discussion, outrage and even occasional violence that followed the decision of the grand jury in Ferguson, Missouri, not to indict Wilson, it was announced in early January that one of the grand jurors (known, for now, as Grand Juror Doe), with representation from the Missouri branch of the ACLU, was suing in order to be allowed to speak freely about his experience — and the ways in which, he claims, St. Louis County Prosecutor Robert McCulloch had led the public astray in his descriptions of the process.

Recently, Salon spoke over the phone with Jeffrey Mittman, the executive director of the Missouri ACLU, in order to better understand the suit, as well as why the ACLU considered it necessary for the preservation of American citizens’ constitutional civil liberties. Our conversation is below and has been lightly edited for clarity and length.

Can you tell me about the lawsuit recently filed? What’s it about and what does it seek to have done?

The ACLU Missouri filed a litigation on behalf of “Grand Juror Doe.” Grand Juror Doe was one of the jurors … in the review of the evidence relating to the shooting by former officer Darren Wilson of Michael Brown in August of last year.

n addition, currently, in our state capital, in Jefferson, Missouri, our legislators are looking at a number of bills relating to the Michael Brown shooting and its aftermath. (For example, should there be grand juries? Are they the best vehicle to deal with allegations of police misconduct? How do we deal with issues of racial profiling and racial inequities?) With respect to these issues and to the public conversation that is happening here in St. Louis, Missouri — and in fact across the country — Grand Juror Doe believes that we, as Americans, and certainly the press, and most importantly our elected officials, could be better informed about the actual conduct of the grand jury … if they were provided complete and accurate information.

Currently, the only information available to the public, the press, and legislators is one particular view point, that of the government, through prosecutor McCulloch. Grand Juror Doe believes that’s not proper. The ACLU concurs, because in our … democracy, the First Amendment says we don’t allow the government to dictate the form and content of public policy debates; that is improper. That is viewpoint discrimination and it’s not the way we do robust democracy.

I would imagine that Grand Juror Doe can’t get into what exactly he felt was being misrepresented unless the judge grants him permission. Is that correct?

When the ACLU goes into court, we have a responsibility to lay out for the judge the general outlines of the dispute. In other words, we can all agree that the First Amendment prohibits the government from censoring debate on public policy issues — but that’s not enough. We need to tell the judge that not only is there a constitutional principle at stake but, in fact, you, the Court, can fix this iniquity.

So, we’ve advised the Court of general outline of some of the improper characterizations. For example: The way that the grand jury dealt with the Michael Brown shooting and the allegations against officer Wilson was very different than the way it dealt with allegations against other potential criminal indictees. There was a muddled presentation of the applicable law. There are misrepresentations and inaccuracies. Viewers could be left with mis-impressions of what the grand jurors did or said or believed or saw.

That is a general outline of the types of First Amendment issues that are raised by Grand Juror Doe’s complaint to give the judge an idea of why granting relief  (lifting this lifetime gag order) will not only address a constitutional principle, but will actually have an actual effect in the information that’s available to the press, the public, and to elected officials.

Did you say that it’s a lifetime ban?

That’s correct. At the conclusion of service, grand jurors were given copies of statutes (information related to statutes) that advised that them if they were to reveal information — in some respects information that has already been revealed by the prosecutor — they would be subject to actual criminal prosecution, including fines or even jail time.

Is the fact that this case, in particular, became such a national flashpoint relevant to the ACLU’s argument?

The ACLU is a constitutional rights and civil liberties organization. We have a mandate to ensure that our constitutional system of checks and balances that we all learned in grade school works; that the government is transparent, that we follow the rules, that no institution … is above the law.

In bringing litigation, though, our job is to use our limited resources to address significant issues and significant iniquities. I think what you see in the Michael Brown shooting and the aftermath is that here, in Missouri, and indeed with other similar instances across the country, there are on-going significant social inequalities. There are instances of racial profiling. There are differential policing practices for different communities. There are a pattern of shootings of young unarmed men — often young African-American men — by police officers, and these issues are left unaddressed.

We believe, as Grand Juror Doe believes, that in order to come up with thoughtful, complex real-world solutions to these complex problems, the public, the press, and our elected official need good information. So, yes, since our elected officials from Jefferson City are actually now looking at these issues and since we, in the community, as the public, are trying to talk about these issues, it’s absolutely essential that full information be out there. When it’s such an important issue and the only entity allowed to speak on it is the government, and everyone else is censored, we believe that rises to an important constitutional interest.

We’ve heard that the way prosecutor McCulloch chose to run the grand jury was unusual. Is it also the case that the number of public comments he’s made about the case has been abnormal?

I think it’s fair to say that most legal observers do not recall an instance where such a significant amount of information has been released, discussed and characterized about a grand jury proceeding [by the government].

This case is called an “as applied” [challenge]. We’re not saying it’s always unconstitutional for there to be grand jury secrecy; what we’re saying is that, in this particular case, with these facts and circumstances, we believe the law argues in favor of lifting the lifetime gag.

Let me be a little more specific: One reason for grand jury secrecy is, if there’s not an indictment, you want to protect the reputation of the individual who’s being investigated. In this case, there is no need for that secrecy. Everybody knows that the individual who was under investigation was former officer Darren Wilson … There is a U.S. Supreme Court Case from 1990 … that says secrecy of the grand jury is not a hard and fast rule. It is not absolute. There are reasons for secrecy and the court needs to look at them, why they’re there. Are they necessary? Are they being met against and weight against that other interest?

We believe — again, in this case, under these facts and circumstances — those greater necessary interests for lifting the gag order, for not having secrecy, outweigh any of the need for secrecy.

Is a suit like this rare? Or does it happen often?

You know, they are not [filed] often. They are infrequent. Certainly, this is not a usual litigation.

But [because] there’s such important policy questions at stake, [because] there is so much need for the community to feel assured that they information they’re being given about this process is full and complete, we believe that this rose to the interests of bringing our resources to bear to ensure that constitutional needs were met.

And, again, I want to underline that Grand Juror Doe is very civically minded. Has looked at the process, has looked at the way that this grand jury was conducted, and felt that the record needed to be complete and accurate.

Elias Isquith is a staff writer at Salon, focusing on politics. Follow him on Twitter at @eliasisquith, and email him at eisquith@salon.com.