Behind Obama's Back: How Netanyahu's U.S. trip Was Cooked Up

Speaker Boehner's invitation was preceded by weeks of contacts between Republican leadership and Israeli ambassador Ron Dermer, who is pushing lawmakers for new Iran sanctions. 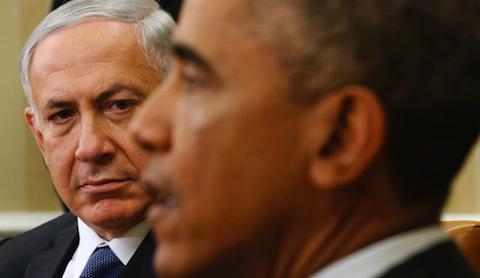 The official invitation extended on Tuesday by U.S. House Speaker John Boehner to Prime Minister Benjamin Netanyahu, to address a joint session of Congress on Iran on February 11, had been preceded by contacts between Netanyahu advisers and Boehner and other congressional Republicans that totally bypassed the White House.

The invitation comes two months before the Israeli general elections.

A senior Israeli official with knowledge of the contacts, who wished to remain anonymous due to the sensitivity of the matter, said that the one who had initiated the contacts with Boehner and with Senate Majority Leader Mitch McConnell and their staffs was Israeli Ambassador to the United States Ron Dermer, Netanyahu's former aide.

Dermer, the senior official said, had advanced the idea of Netanyahu addressing Congress in talks he has been having for several weeks on Iran's nuclear program with senior members of Congress. Dermer is encouraging senators and representatives to advance new legislation that would impose additional sanctions on Iran, contrary to the position of the White House, which believes that new sanctions at this time would undermine the talks and kill the chances of reaching a diplomatic solution. During his State of the Union Address Tuesday night Obama made it clear that he would veto any such legislation.

According to the senior official, Dermer approached Boehner, McConnell and other senior Republican Party figures at Netanyahu’s behest and suggested the idea of the speech. “Dermer and Boehner cooked up this whole invitation to Congress,” the official said.

Politico reported that the idea of the speech came from Republican leadership in Congress. It came up in a phone call between Boehner and Dermer on January 8, when the latter was asked to broach the matter with Netanyahu and find out if he was interested, the report said.

A source in the Republican Party told Politico that the response from the Israeli Embassy was swift and positive. Boehner gave Dermer a list of possible dates for the speech, and Dermer responded that the best time would be during the week of February 9.

The White House, the U.S. State Department, and the U.S. Embassy in Israel were totally excluded from these contacts. Boehner himself on Tuesday confessed that he had neither consulted nor informed the White House before inviting Netanyahu.

White House spokesman Josh Earnest told reporters in a daily briefing that the administration found out about the invitation only a short while before Boehner announced the plan on Tuesday morning.

“The typical protocol would suggest that the leader of a country would contact the leader of another country when he’s traveling there,” Earnest said. “That certainly is how President Obama’s trips are planned when he travels overseas. This particular event seems to be a departure from that protocol.” Earnest added that the White House wanted to speak with Israel officially to understand what Netanyahu planned to say in his address, and only then would it give its opinion on the visit.

U.S. Secretary of State John Kerry on Tuesday said that the administration is always pleased when the Israeli prime minister comes to speak in the United States, but said it “was a little unusual” to hear about the visit from the speaker of the House.

The Prime Minister’s Office has yet to issue an official response to the invitation. Netanyahu’s staff said that they had received it only on Tuesday, adding that it had come from the leadership of both parties in Congress, not just the Republicans.