The Case of the Black Professors Who Vanished from Brooklyn College

The film Selma and the murders in Ferguson and New York have re-focused much discussion on civil rights and equality or lack of. Affirmative action programs - a victory from the civil rights movement - have largely been dismantled by judicial rulings. Today there is the attempt to de-fund the historically Black Colleges. In Brooklyn, the largest African American community in the country, there are new reports of 'vanishing African American professors' at Brooklyn College 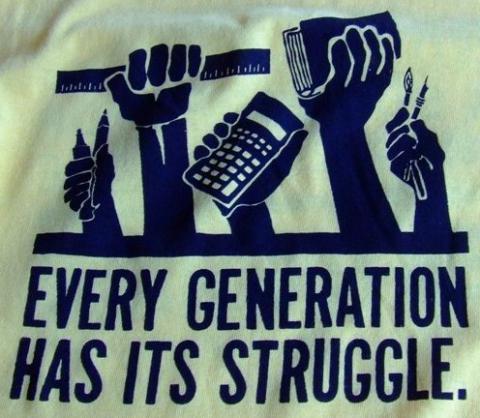 If I had not spent six years on the campus of Brooklyn College as a tenure-track professor in the Journalism Program of the English Department, I'd say the Joe Wilson story was pure fantasy.

Allegations of pure thievery; crass racism of the kind we associate with Brooklyn of the 1950s; "academic" decisions made on the basis of friendships and even romantic liaisons; a gangster-type bonding against perceived enemies.

It's all there in the story of Political Science Professor Joseph Wilson, former head of the college's Graduate Center for Worker Education.

The allegations of theft against Joe came three years ago, leveled by Brooklyn College President Karen Gould (and some in the college's Political Science Department). They (along with CUNY) said Joe had illicitly enriched himself to the tune of $200,000 and that he had run the Center as a fiefdom.

Wilson's opponents in the Political Science Department ended up taking over the Center, at 25 Broadway in Manhattan, and closed it down. Other classes run by the college are meeting there now.

Now comes Wilson, firing back and asserting in papers filed in federal court that he was targeted largely because he was a black man without powerful allies. He says that power-obsessed faculty members in Political Science - throughout the 67 pages of the filing they are referred to as the Gang of Five - were also seeking revenge for his perceived positions on various personnel matters.

It all sounds bizarre, like something out of a novel of gentrification-age Brooklyn ambition, lust and racism.

But being a black guy myself who has run the gauntlet of academic personalities whose race attitudes and ethics I've questioned, I see Wilson's assertions as a reflection of a world that is.

Not that I've witnessed it all. But I've seen enough of it to say, It all sounds reasonable to me.

As for Wilson's saying that he and other blacks as well as Latinos, especially males, are powerless and vulnerable, that I know without a doubt to be true.

Oddly, 2012, the year Wilson's matter reached its high (or low, if you will) point, I found myself in one of the weirdest episodes of race and ethical misdoings I'd experienced in more than three decades in the professional workplace.

For that was when, in May, Ellen Tremper, Chair of the English Department, arranged to have negative comments about my work (that it was insufficient and insubstantial) inserted into an otherwise glowing evaluation signed by a third professor.

I was stunned when I saw the final evaluation. I came up with evidence showing that the negative sentences had in fact been inserted by an ally of Tremper's. And the  college, after a hearing, decided in my favor.

But rather than punish Tremper, the college simply let her start the process all over again. I argued that that was like saying, If you want to screw the guy, do it right; do it according to the contract.

A colleague told me at that point that I had a target on my back. And for sure, follow-up evaluations were done, among others, by Tremper's best friend and by a professor with close family ties to her.

Over the past two and a half years I've filed reams of memos to Brooklyn College and to CUNY Central, essentially pointing out instances (verbal and through actions) of racial hostility on the part of Tremper.

So I have an emotive connection to the case being made by Wilson.

Oh, and there's also the fact that I see Tremper as a close ally of Corey Robin, the chair of the Political Science Department, whom Wilson accuses of orchestrating the attacks on him.

Wilson's case is much worse than mine; and he argues that it reflects the sorry and worsening condition of black faculty members at CUNY's top tier colleges, notably, in this instance, Brooklyn College.

Wilson says in his filing (in January in Eastern District court) that black professors at Brooklyn College have been concentrated in Africana Studies, the SEEK Program and Education.

Those blacks in other departments, such as his Political Science or my English Department, find themselves dealing with coalitions that seem based often on ethnicity, sexual orientation or asserted radical politics that - believe me - have little to do with the radicalism of the old Civil Rights Movement.

Wilson's court papers, filed by Brooklyn attorney Colin Moore, say that Wilson in November of 2013 spoke to the Higher Education Committee of the City Council and informed those gathered of problems at Brooklyn College and throughout CUNY:

The papers also said that days after Wilson made that speech, Brooklyn College President Gould barred him from coming onto the campus at all.

Wilson is technically not fired but rather under a suspension.

Jason Carey, Brooklyn College's spokesperson, said the college would not have any comment on Wilson's filing.

Concerned about all this, I called colleagues who've been around Brooklyn College for a while, and I asked them about Wilson. The consistent response was, "Joe's not a thief."

What has been especially upsetting to me about the Worker Education episode was the involvement of former Political Science Professor Noel Anderson.

When I started at Brooklyn College in August of 2009, Anderson spoke to us gathered new faculty members (as I recall, I was the only black in that whole group of new professors assigned to departments all across the college). Anderson, a homegrown guy, was upbeat; and I was naturally struck especially by seeing a black guy in his position there.

(Note: Anderson was also serving in those years as Acting Chair of the Political Science Department.)

But Anderson, apparently because of his ties to the Center for Worker Education, abruptly resigned from his faculty position three years ago; and he has not been seen on the campus for going on three years now.

I tried to reach out to him through mutual acquaintances, but he did not get back. He is said to be affiliated with a non-profit called Year-Up.

In its article of early last year on the Center for Worker Education dispute, The New York Times quoted from Anderson's resignation, in which he says:

"As a professor, I would love to be at a college that treats each person fairly and equitably, no matter what their background or circumstance, that does not convert personal vendettas into department policy and that uses its power to empower its faculty and students not to castigate and demean . . . I do hope one day I will find that place. Until then, I am moving on."

I am assuming that Anderson is in deep pain. I have been told he is very angry. I do not know why he will not speak.

It's a sad Brooklyn story. It might be called the case of the Disappearing Black Professors.

Meanwhile, Wilson is suing to have his name cleared, by showing he was abused and unlawfully humiliated and wrongly subjected to suffering that has hurt him deeply.

Wilson is asking for $20 million as well as other compensation for what was done to him.

I wonder also if it's possible that, given the allegation that there was a conspiracy to defame and injure Wilson, prosecutors on the federal or even local level might look into this matter.

I'm feeling that this whole chapter should be seen in the context of what is happening broadly in New York City but more specifically in Brooklyn, where blacks are being forced out of traditionally black neighborhoods by soaring rents that are bringing in newcomers, wealthier and more highly educated, to displace them.

Blacks constitute more than a quarter of the student population at Brooklyn College, but some argue that the numbers are going down. Especially troublesome is that the percentage of black males admitted to the college directly from high school is so paltry.  Wilson says in his filing that it's an astoundingly measly two percent.

The college and CUNY counter this by saying that large numbers of blacks and Latinos come from community colleges, to which they are more easily accepted after graduation from high school.

What I've heard from speaking with students is that those transfer students suffer quite a bit, in that often they are unable to transfer community college credits to Brooklyn College, meaning loss of money, not to mention the time and frustration involved in the effort.

They used to call Brooklyn the borough of the blacks. In that context, what's being seen now is so full of irony.

I'm writing this on the run, with six hours of classes today!

The wonderful thing about writing a blog is that you can correct any errors or typos pointed out by kind (or aggrieved) visitors. This is the sharing quality of blogging that is so appealing.

[Ronald Howell is and Associate Professor in English at Brooklyn College. He has spent three decades as a working journalist, including several years as a foreign correspondent covering Latin America and the Caribbean as well as a stint covering the Middle East in 1991. He has been a full-time journalist with Newsday, The New York Daily News, Ebony, The Baltimore Evening Sun, ABCNews.com and The Associated Press. For several years he was the editor of CUNY Matters, a 40,000-circulation publication for faculty and staff of the City University of New York. He has taught at Brooklyn College (beginning in fall 2009), Long Island University - Brooklyn, Columbia University Graduate School of Journalism and Medgar Evers College. Howell speaks Spanish and French, and he understands Haitian Creole fairly well. In 2000 he published a book about working, One Hundred Jobs: A Panorama of Work in the American City, with The New Press.]