Year after year, newsroom embarrassments like O'Reilly's undermine Fox's credibility to the point where it seems more and more journalists today start with a working assumption that Fox is not a legitimate news operation. That represents a major shift from President Obama's first year in office and it's a key reason why O'Reilly's fabrications matter. 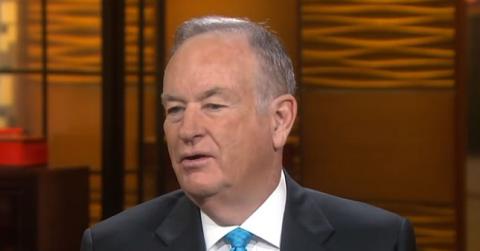 As questions continue to mount surrounding Bill O'Reilly's many embellishments about his reporting career, a parallel media debate has formed over the long-term consequences of the controversy, and specifically whether being tagged as a liar even matters to Fox News hosts.

A common refrain goes like this: O'Reilly the entertainer isn't going to be fired by Fox News for his transgressions because it doesn't hold employees accountable. If O'Reilly's standing is secure and he's going to turn the allegations around and use them for political gain, do the confirmed fabrications even matter? And since Fox News relishes bare-knuckle fights, aren't Fox and O'Reilly the real winners?

"The media controversy is one that plays to his and Fox News' inherent strengths," announced the Columbia Journalism Review.  Added the Daily Beast, "It doesn't matter what accusations are leveled at the veteran Fox News host, whatever the new evidence he will shout it down louder than ever." (i.e. This guy's bulletproof!)

The avalanche of revelations began last week when Mother Jones detailed how O'Reilly had "recounted dramatic stories about his own war reporting that don't withstand scrutiny."

This week, Media Matters documented two more O'Reilly fabrications. Copious evidence contradicts his previous claim over the years about hearing a shotgun blast that killed a figure in the investigation into President John F. Kennedy's assassination. And he lied about witnessing the execution of nuns while reporting on the civil war in El Salvador. Then yesterday, The Guardian reported six former O'Reilly colleagues from Inside Edition dispute accounts he has told over the years about his allegedly harrowing work covering the Los Angeles riots in 1992.

But again, lots of the media chatter has focused on how O'Reilly viewers expect a conservative-friendly version of the news so they won't hold O'Reilly accountable, especially if he portrays the controversy as nothing more than a "left-wing smear campaign." In other words, the partisan battle lines were drawn long ago and nobody's opinion about Fox News is going to be swayed by the O'Reilly uproar.

"The current flap seems unlikely to damage his reputation among his fans," reported The New York Times. "It could have the opposite effect."

Frank Rich at New York agreed: "This all looks like a win-win for O'Reilly."  And Rich's colleague Gabriel Sherman wrote that the Mother Jones story had "backfired" because O'Reilly had used it to his advantage and "hit [it] out of the park."

Messy Fox episodes like O'Reilly's don't bolster the network's standing, at least not journalistically."By journalism ethics, Fox should distance itself from its truth-challenged employee," USA Today advised in an editorial.

Year after year, newsroom embarrassments like O'Reilly's undermine Fox's credibility to the point where it seems more and more journalists today start with a working assumption that Fox is not a legitimate news operation. That represents a major shift from President Obama's first year in office and it's a key reason why O'Reilly's fabrications matter. (The fewer journalists who view Fox News as being legitimate means that less of Fox's misinformation has an impact beyond the right-wing media bubble.)

There are other clues that the ongoing O'Reilly storm has taken a toll: If the fabrication controversy has been such a home run for Roger Ailes and company, why has the rest of Fox team remained largely silent on the subject? If it represented a win, wouldn't colleagues help O'Reilly circle the bases while taunting the "liberal" media?

Also, there's a problem with the idea put forward by some commentators that O'Reilly's initially blustery response to the Mother Jones story was proof that he was winning; that he was in his element condemning his critics. But if that's true, what explained O'Reilly's radio silence after Media Matters confirmed that had had fabricated the JFK-related story, and then his muted response after the El Salvador revelations. If braying insults at his critics meant O'Reilly was driving the story early on, his subsequent stillness must have meant he'd lost control of it, right?

Meanwhile, there seems to be a rush to make excuses for the Fox host, in a way there was not for Brian Williams at NBC News last month when his wartime exaggerations surfaced. "O'Reilly is an entertainer and everything he does is totally subjective, including his memories," observed former Washington Post columnist, and O'Reilly friend, Sally Quinn. "To attack him is simply to increase his ratings and the sales of his phenomenally popular books. Lighten up, everybody."

He's just an entertainer? Trust me, Bill O'Reilly, even on his worst day, does not see himself as a mere "entertainer." Instead, he sees himself as one of the most powerful men in television news. And guess what? When he sits down across from the President of the United States for an interview right before the Super Bowl, O'Reilly certainly doesn't look like an "entertainer." He looks like the face of Fox News, the most highly rated cable news channel in America.