On-Demand Taskers: Expanding the Ranks of the "Precariat"

Revolutionary changes are taking place in the global labor process. Observers predict that within the next decade, one in every three labor transactions will be done online, carried out by “taskers” with no job security, low and fluctuating incomes, perpetual uncertainty, and no control over time. British social scientist Guy Standing describes the role of these taskers, who are expanding the ranks of the “precariat” in the so-called “sharing” economy. 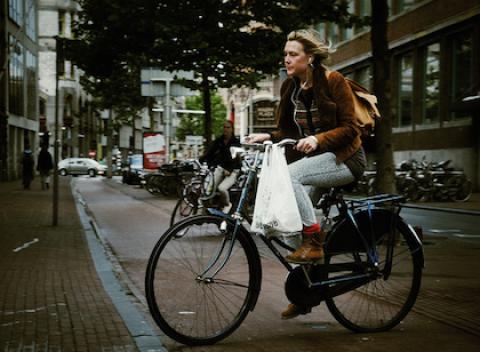 On-demand taskers must be available at most times of day and night or risk losing income or future opportunities., Allie Michelle

“Precariat” from Wikipedia: The term is a portmanteau obtained by merging precarious with proletariat.  Specifically, it is applied to the condition of lack of job security, in other words intermittent employment or underemployment and the resultant precarious existence.

Revolutionary changes are taking place in the global labor process, creating new labor relations while expanding the ranks of the precariat. Informed observers predict that within the next decade, one in every three labor transactions will be done online as part of the “on-demand,” “sharing,” “gig,” or “crowd labor” economy.

New words are creating a new vocabulary of work and labor, often meaning something quite different from what they might imply. As I have explained elsewhere, whereas labour has exchange value and is usually remunerated, work consists of many activities that are productive or reproductive that mostly have use value, although many are done out of necessity because we are obliged to do them. We will overcome the confusion, but it may take time.

Essentially, the emerging labor process revolves around three entities: (1) Rentier corporations (labor brokers), which control the technological apparatus, the apps; (2) Labor “requesters”, the middlemen; and (3) Taskers, those who do the jobs. The apps and smartphones are the equivalent of the old labor hall, without the bustle that at least indicated the bargaining position of brokers and laborers. Taskers are basically piece-rate workers, but they should be distinguished both from employees, who are covered by labor law and collective bargaining, and the self-employed. Taskers come in three forms, each posing challenges to those concerned with the world of work.

First, in the on-demand – or, more cruelly, ‘concierge’ – economy, labor-broking corporations are bypassing old forms of market transaction, connecting final customers with taskers who supply services, such as taxi driving, bed-sharing, food delivery, shopping, legal advice, or medical care. These service providers (or errand boys or “task-rabbits”) should be distinguished from workers, since the broker treats them as self-employed, thereby excluding them from entitlements or protections that the state supposedly grants employees.

On-demand taskers must be available at most times of day and night or risk losing income or future opportunities. Unlike the classic proletarian employee, they own the means of production, in the form of a car, apartment, bicycle, machine tools, or whatever. And they do not have fixed or even known hours of labor. They must do a lot of work-for-labor, work neither compensated nor even recognized as work. They must wait around, unable to devote themselves to other activities in case the iPhone calls them to do a task.

On-demand taskers are usually isolated, without bargaining power. They are in a buyer’s market, having to accept a price set by the buyer. While many may feel “grateful” for the opportunity to earn a little, they must bear all the risks – accidents, ill-health from stress, loss of friendships, non-payment, repairs to vehicles or tools, replacement of stained carpets, health insurance, and so on. They face constant uncertainty — of income, tasks, costs, and personal comforts. And they are in constant competition with other unknown taskers.

A second type of tasker is part of the crowd-labor pool, an expanding phenomenon already involving over 12 million people, a third in the USA. Here, labor intermediaries are pivotal. Direct producers contract with a brokering corporation, such as Amazon Turk, ODesk, or eLance, which in turn utilize requesters to sub-contract tasks to successful bidders — taskers — from a potentially global crowd-labor pool. This involves a Dutch auction, in which requesters announce on line that so many such-and-such tasks are up for bid, to be completed within a stipulated period, and that bidding will close within, say, five days. Often the requester announces at the outset a maximum price or piece-rate, and taskers then bid each other down. Taskers can bid to undertake as many tasks as they think feasible at a price they think is right for them. At the end, requesters select from the lowest bids. So, somebody in Boston can be bidding against someone from Bangalore, Dakar, or Manchester. This is invidious, because the most insecure will tend to bid the lowest.

Because crowd-labor taskers do not know how many people are bidding or where they are, they may easily believe competition is more intense than it is. For the broker, that is ideal. But tasks may turn out to be more complex or time-consuming than taskers had been led to believe, resulting in even more self-exploitation. Many worry about their ability to finish tasks on time or satisfy the quality demanded, especially when they have no means of seeing what others are achieving. And in practice they have no means of redress should the broker decide not to pay or to delay payment on some pretext.

The larger the global crowd-labor pool, the easier it will be for brokers to impose demands and penalties on individual taskers. For instance, if a requester in New York unilaterally decides that a tasker in Dakar did not do something well enough and refuses to pay, the solitary tasker probably will not be able, or be confident enough, to try to recover her money. The scope for scams is enormous.

A third type of tasker is someone hired as a nominal full-time employee but who is on a zero-hours contract. This growing ruse involves paying only for the hours they are actually required to labor. They must be on stand-by at all times and travel to and from workplaces without compensation, often not knowing if they will get work or for how long. Over 1.4 million people in the UK are on such contracts.

All these taskers face insecurity, low and fluctuating incomes, chronic uncertainty, and lack of control over time. They have no fixed hours or workplaces. Unlike workers in the industrial time regime, where life could be measured in blocks of time, they live in a tertiary time regime, in which labor and work blur into each other, without payment for downtime, waiting, retraining, networking, and so on. They have illusion of freedom while also feeling that they are under incessant control. This is debilitating, with psychological consequences that we have only begun to explore.

The process depresses wage rates, whether taskers are paid on a piece-rate or time-rate basis. The decline is greater than is measured, since much of the tasker’s work is unrecorded, including time for rest, preparing, and waiting. The process also increases the precariat’s volatility of earnings, leaving them without non-wage or state benefits.

Driving down wages in general creates even more profits for the broker corporations. In this respect, Uber has set the bar for ruthless opportunism, and in spite of protests by licensed taxi drivers, it is operating in over 200 cities in 51 countries. It is decimating the ranks of licensed taxis, and depressing the earnings of taxi drivers. Critics fear that once Uber has succeeded in marginalizing taxis, it will raise its rates, especially in surge periods.

The process also accentuates the dismantling of occupational communities. Occupational guilds defined working life for hundreds of years, setting standards, codes of ethics, means of training, and sources of social protection. They stood against the market. The neo-liberal agenda hinges on dismantling them, and the on-demand economy is both a consequence and an accelerator of that. The costs include loss of occupational ethics and routes of social mobility through professions and crafts

The on-demand economy also reverses a capitalist mantra. Instead of capitalists, or firms, owning the means of production, they are ‘owned’ by the precariat. The former maximize profits through patents and other forms of intellectual property. They draw investment from venture capital, which thrives on short-lived, high rates of profit.

The precariat in this zone is isolated, in permanent competition with each other. The atomization drives down wages and transfers risks, hazards, shocks, and uncertainty onto the precariat. Taskers have minimal means or opportunities to coalesce.

Dangers for taskers include under-insurance, due partly to the difficulty of working out the risks with any insurer, especially where the potential insurer could not presume that the supplier would be properly qualified or be able to take due care.

The “sharing economy” has a cultural dimension, as well. When someone “shares” for money a car, apartment, or utensils, they convert zones of privacy and use value into alienated commodities with exchange value. It is an instance of the “Lauderdale Paradox,” in which the act of commodification is one of privatization that contrives scarcity of space or time.

These forms of labor intensify the pressure to commodify one’s life. It is a sad way for the precariat to respond to adversity, intensifying self-exploitation. It is how those experiencing declining wages and living standards cover up the decline, for a while.

In the upcoming weeks in Working-Class Perspectives, I will consider what can be done to improve the long-term income and economic security of taskers and the precariat.

[Guy Standing is a British professor of Development Studies at the University of London, and co-founder of the Basic Income Earth Network (BIEN). He is the author of The Precariat: The New Dangerous Class.]