Democrats assert that Gov. Scott Walker’s real motivation for signing the right-to-work legislation is more about politics than job creation: breaking a dwindling union movement in Wisconsin and boosting his standing as the conservative choice for the Republican presidential nomination next year. 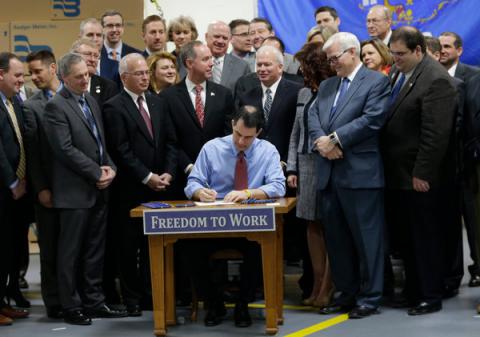