According to Pew Research, most Americans believe the economic system unfairly favors the wealthy, but 60% believe that most people can make it if they’re willing to work hard. 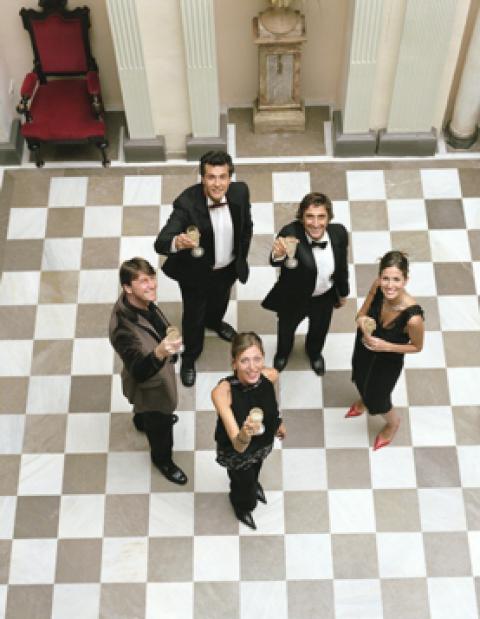 [Economic inequality. A rigged system. George Carlin riffs on it. Leonard Cohen sings about it. Videos dramatize it. Some people even hope to change it. We do. How about you? -- moderator]

In a candid conversation with Frank Rich last fall, Chris Rock said, "Oh, people don’t even know. If poor people knew how rich rich people are, there would be riots in the streets." The findings of three studies, published over the last several years in Perspectives on Psychological Science, suggest that Rock is right. We have no idea how unequal our society has become.

In their 2011 paper, Michael Norton and Dan Ariely analyzed beliefs about wealth inequality. They asked more than 5,000 Americans to guess the percentage of wealth (i.e., savings, property, stocks, etc., minus debts) owned by each fifth of the population. Next, they asked people to construct their ideal distributions. Imagine a pizza of all the wealth in the United States. What percentage of that pizza belongs to the top 20% of Americans? How big of a slice does the bottom 40% have? In an ideal world, how much should they have?

The average American believes that the richest fifth own 59% of the wealth and that the bottom 40% own 9%. The reality is strikingly different. The top 20% of US households own more than 84% of the wealth, and the bottom 40% combine for a paltry 0.3%. The Walton family, for example, has more wealth than 42% of American families combined.

We don’t want to live like this. In our ideal distribution, the top quintile owns 32% and the bottom two quintiles own 25%. As the journalist Chrystia Freeland put it,  “Americans actually live in Russia, although they think they live in Sweden. And they would like to live on a kibbutz.” Norton and Ariely found a surprising level of consensus: everyone — even Republicans and the wealthy—wants a more equal distribution of wealth than the status quo.

This all might ring a bell. An infographic video of the study went viral and has been watched more than 16 million times.

In a study published last year, Norton and Sorapop Kiatpongsan used a similar approach to assess perceptions of income inequality. They asked about 55,000 people from 40 countries to estimate how much corporate CEOs and unskilled workers earned. Then they asked people how much CEOs and workers should earn. The median American estimated that the CEO-to-worker pay-ratio was 30-to-1, and that ideally, it’d be 7-to-1. The reality? 354-to-1. Fifty years ago, it was 20-to-1. Again, the patterns were the same for all subgroups, regardless of age, education, political affiliation, or opinion on inequality and pay. “In sum,” the researchers concluded, “respondents underestimate actual pay gaps, and their ideal pay gaps are even further from reality than those underestimates.”

These two studies imply that our apathy about inequality is due to rose-colored misperceptions. To be fair, though, we do know that something is up. After all, President Obama called economic inequality “the defining challenge of our time.” But while Americans acknowledge that the gap between the rich and poor has widened over the last decade, very few see it as a serious issue. Just five percent of Americans think that inequality is a major problem in need of attention. While the occupy movement may have a tangible legacy, Americans aren’t rioting in the streets.

One likely reason for this is identified by a third study, published earlier this year by Shai Davidai and Thomas Gilovich that suggests that our indifference lies in a distinctly American cultural optimism. At the core of the American Dream is the belief that anyone who works hard can move up economically regardless of his or her social circumstances. Davidai and Gilovich wanted to know whether people had a realistic sense of economic mobility.

The researchers found Americans overestimate the amount of upward social mobility that exists in society. They asked some 3,000 people to guess the chance that someone born to a family in the poorest 20% ends up as an adult in the richer quintiles. Sure enough, people think that moving up is significantly more likely than it is in reality. Interestingly, poorer and politically conservative participants thought that there is more mobility than richer and liberal participants.

According to Pew Research, most Americans believe the economic system unfairly favors the wealthy, but 60% believe that most people can make it if they’re willing to work hard. Senator Marco Rubio says that America has “never been a nation of haves and have-nots. We are a nation of haves and soon-to-haves, of people who have made it and people who will make it.” Sure, we love a good rags-to-riches story, but perhaps we tolerate such inequality because we think these stories happen more than they actually do.

We may not want to believe it, but the United States is now the most unequal of all Western nations. To make matters worse, America has considerably less social mobility than Canada and Europe.

As the sociologists Stephen McNamee and Robert Miller Jr. point out in their book, “The Meritocracy Myth,” Americans widely believe that success is due to individual talent and effort. Ironically, when the term "meritocracy” was first used by Michael Young (in his 1958 book “The Rise of the Meritocracy”) it was meant to criticize a society ruled by the talent elite. “It is good sense to appoint individual people to jobs on their merit,” wrote Young in a 2001 essay for the Guardian. “It is the opposite when those who are judged to have merit of a particular kind harden into a new social class without room in it for others.” The creator of the phrase wishes we would stop using it because it underwrites the myth that those who have money and power must deserve it (and the more sinister belief that the less fortunate don’t deserve better).

By overemphasizing individual mobility, we ignore important social determinants of success like family inheritance, social connections, and structural discrimination. The three papers in Perspectives on Psychological Science indicate not only that economic inequality is much worse than we think, but also that social mobility is less than you’d imagine. Our unique brand of optimism prevents us from making any real changes.

George Carlin joked that, “the reason they call it the American Dream is because you have to be asleep to believe it.” How do we wake up?

Nick Fitz is graduate student at the National Core for Neuroethics at the University of British Columbia. He primarily studies social norms around technology, health, and illness. Follow Nick on Twitter @fitznich