The Angelina Effect Should Be: Know Your Cancer Risk

Angelina Jolie’s public message about her medical decisions related to cancer is about knowing your risks for disease, not hers. 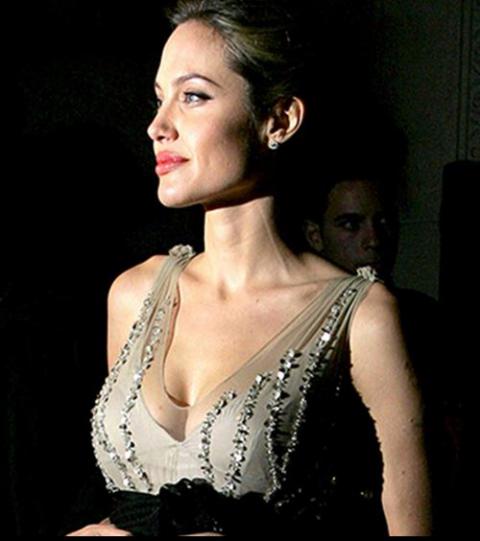 Actress and director Angelina Jolie generally gets high marks for her recent New York Times op-ed discussing her decision to remove her ovaries and fallopian tubes in light of her family’s cancer history. But that doesn’t mean the public will know what to make of her decisions.

Jolie’s story differs from that of many women, and I’m not just talking about Mr. Jolie. Evidence suggests that most of us don’t have to be screened for ovarian cancer or for the breast cancer mutations that informed Jolie’s decisions to have multiple pre-emptive, invasive surgeries. Yet when we learn about a celebrity’s experience with a disease, there’s a well-documented “celebrity effect” — but our actions should be in the context of of our own individual health risks.

Jolie’s own words sum up the real take-away message: “Seek advice, learn about the options and make choices that are right for you.” For that, Jolie gets props. Celebrity health narratives are often emotionally charged pleas, note Lisa Schwartz and Steven Woloshin, Dartmouth doctors and collaborators whose research focuses on improving the communication and understanding of medical information. Consider journalist Katie Couric’s advice on colonoscopy screening: “Don’t end up saying ‘if only.’ Get tested.”

“In the big picture, Jolie did a more responsible job,” says Schwartz, who, with Wolsoshin and Dartmouth colleague Gilbert Welch, has studied the effect of celebrity messages on cancer screening.

Jolie also got the science right. (One quibble: Her saying, “I know my children will never have to say, ‘Mom died of ovarian cancer,’” slightly overstates her diminished risk: It doesn’t go to zero post-surgery.) Jolie’s decision to get a salpingo-oophorectomy (the technical term for removal of the fallopian tubes and ovaries) was based on her medical history — emphasis on her. She had two lines of evidence that, together, put her in a high-risk group: relevant family history — her mother and maternal grandmother died of ovarian cancer, her aunt from breast cancer — and relevant DNA evidence — she carries the BRCA1 gene mutation.

This two-pronged evidence matters. “And it puts her in a totally different boat than the general population,” Schwartz says.

In this dawn of personalized medicine, disease screening is often heralded as means of empowerment, a tool for making better decisions. And women like Jolie, with close relatives who have a history of ovarian, breast (and some other cancers), are good candidates for such screening. But for people who don’t have family members who had a particular disease, screening often doesn’t help, meaning it doesn’t make you less likely to die from a disease. In fact, screening can do serious harm: False-positives can cause major anxiety and lead to unnecessary operations with potentially serious complications.

A tricky truth about screening: studies that report benefits of screening often look at survival rates, which in most cases are misleading. The real question is whether screening for and treating a particular disease lengthens a person’s life. The National Cancer Institute’s Barry Kramer likens such cancer screenings to having a pair of binoculars when you’re tied to train tracks. Those binoculars may help you see the oncoming train from very far away, but you are still tied to the same spot on the tracks. You will die at the same time that you would die without those binoculars.

So despite urgings from prominent scientists that all women should be screened for the BRCA1 and BRCA2 mutations at around age 30, we don’t know what carrying these mutations means for people with no relatives who’ve died from the disease, Schwartz says. This is why the U.S. Preventive Services Task Force recommends against testing for BRCA for women whose family history doesn’t include a history of breast, ovarian, or other types of BRCA-related cancers.

And after reviewing piles of studies on ovarian cancer screening, the task force also recommended against it in the general population because it doesn’t reduce deaths. (The task force is preparing to update their recommendation with new studies on specific types and stages of ovarian cancer.) Its 2012 review notes some sobering numbers on the harms of screening: In a long-term study in which approximately 34,000 women underwent screening, 3,285 of those screens resulted in false positives. “Approximately one-third of women (1,080) with false-positive results underwent surgery … and 15 percent experienced at least one major complication,” the task force notes.

Jolie’s surgery decisions were based on her own cancer risks. The question now is whether people who have read or heard about her surgeries will examine their own risks. The existing data are worrisome. Following Jolie’s op-ed two years ago in which she disclosed her decision to get a preemptive double mastectomy, a study led by health communication expert Dina Borzekowski looked into “The Angelina Effect.” The researchers conducted an online survey of more than 2,500 adults that included questions like whether respondents had heard about Jolie’s story and if they understood her risk and their own risk for breast cancer. The researchers also included some math problems.

Of those who had heard of Jolie’s story, almost half correctly reported her risk of developing breast cancer in the reasonable range (80 to 90 percent; Jolie’s estimated risk was 87 percent). But respondents didn’t seem to understand that having close family relatives with relevant cancers increased Jolie’s risk. In fact, respondents with similar family history were less likely than those without it to rate their own risk as higher than the average population.

"Awareness of the Jolie story was not associated with greater knowledge of breast cancer risk, with or without consideration of the BRCA gene mutation,” the researchers wrote in Genetics in Medicine. This dismal conclusion was underscored by the answer to another survey question: Only two-thirds of respondents correctly predicted how many times a coin would come up heads in 1,000 coin flips.

Jolie got it right when she said, “knowledge is power.” But the most power comes from understanding your specific, personal risks, not the risks of someone else, celebrity or otherwise.