What Makes Abraham Lincoln Such a Radical Politician Even Today?

We may try to hedge our descriptions, bring Lincoln into perspective, call him a pragmatist and cut him down to a size more comfortably proportioned to our own. The truth is almost too great for us to recognize. He staked the future of the republic on his commitment to put slavery on the course of ultimate extinction. 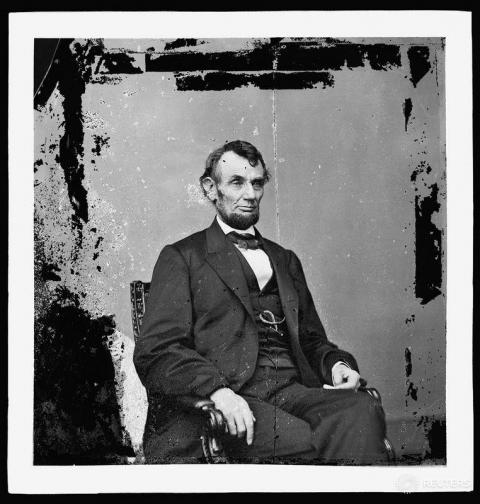 Why was Abraham Lincoln murdered?

The popular understanding of his character makes the question surprisingly hard to answer. We have been taught to regard Lincoln as a clear-headed statesman, an exemplar of the spirit of reconciliation. Accordingly we esteem him for the Gettysburg Address and the last paragraph of his Second Inaugural Address. But Lincoln in his own time was celebrated — and infamous — for his House Divided speech and the Emancipation Proclamation: a radical speech and a radical act.

His killer, John Wilkes Booth, was an enthusiastic partisan of the Confederacy. He admired the secessionist cause in large measure because it was built on a way of life inseparable from slaveholding. The loss of slavery, Booth knew, would mean  the loss of a power that white people of the South, poor folk and gentry alike, held most dear to their social existence. This was the power of mastery, a source of distinction even to those who held no slaves.

It is hard to find a word today for the violence with which white privilege was cherished. In an unforgiving and original study just published, Lincoln’s Political Thought, George Kateb speaks of the huddle of passions shared by the slave-dependent South as “ferocities.” For there seemed no limits to what white Southerners would do to maintain their superior status.

Lincoln knew the depth of those ferocities. Yet he also sought to temper his suspicion with understanding. Near the end of the Civil War, he said in his Second Inaugural: “With malice toward none; with charity for all; with firmness in the right, as God gives us to see the right let us strive on to finish the work we are in.”

The Second Inaugural is rightly considered the most profound of Lincoln’s speeches. It is engraved, along with the Gettysburg Address, on the Lincoln Memorial in Washington.

From the Second Inaugural alone, one might not know that, in the heat of the fighting, Lincoln took the steps necessary to assure the end of slavery. Indeed, he had pointed the direction of his Civil War policy almost three years before the battle began.

By contrast, Lincoln’s powerful House Divided speech, delivered at the Illinois State Republican Convention on June 16, 1858, left no doubt about his intentions. This tightly argued oration  was immediately controversial: It attacked the slavery apologists and appealed for unity among Americans who found slavery incompatible with the doctrine of individual rights laid out in the Declaration of Independence. The challenge of the speech is unmistakable, from its opening words:

If we could first know where we are, and whither we are tending, we could then better judge what to do, and how to do it.

We are now far into the fifth year, since a policy was initiated, with the avowed object, and confident promise, of putting an end to slavery agitation.

Under the operation of that policy, that agitation has not only, not ceased, but has constantly augmented.

In my opinion, it will not cease, until a crisis shall have been reached, and passed.

“A house divided against itself cannot stand.”

I believe this government cannot endure, permanently half slave and half free.

It will become all one thing, or all the other.

Either the opponents of slavery, will arrest the further spread of it, and place it where the public mind shall rest in the belief that it is in course of ultimate extinction; or its advocates will push it forward, till it shall become alike lawful in all the States, old as well as new — North as well as South.

The wrong policy to which Lincoln alludes stemmed from the passage of the Kansas-Nebraska Act of 1854. It effectively repealed the Missouri Compromise of 1820, which, by setting geographical limits on the expansion of slavery, had supported  a general hope that disputation between the slave states and free states was a thing of the past. More particularly, the Kansas-Nebraska Act made it legal for new U.S. territories acquired in the Mexican War to be opened to slavery.

The choice Lincoln presented, therefore, could not have been starker. The nation was bound on a path that would corrupt American freedom unless the Union was willing to eradicate slavery. His words were heard like a battle cry — in the South as well as the North.

It is sometimes said that Lincoln was dragged into the war by circumstances beyond his control. The truth is that he was aware of the imminence of war between his 1858 House Divided speech and the attack on Fort Sumter, South Carolina, in April 1861. Two years before the Civil War began, Lincoln told an audience in Chicago, “Nothing should lead you to leave your guns. Stand together, ready, with match in hand.”

Taken in isolation, a phrase like this may appear to be an innocent figure of speech. Taken in sum, Lincoln’s words of incitement between 1854 and 1861 have the force of a premonition, an anticipation of war that he hid from himself and from others only intermittently.

Lincoln was a radical on the slavery question because he was willing to risk a civil war to halt the expansion of slavery. He was committed to putting the entire nation on a course of abolition. Throughout the war, he searched for a way to have the armed struggle yield an opening to emancipation.

Scholars who take the radicalism out of the man and leave only the politician are fond of quoting a sentence Lincoln wrote in April 1864: “I claim not to have controlled events, but confess plainly that events have controlled me.”

In writing those words, Lincoln was not deflecting responsibility. He was saying his most consequential choices depended for their timing on circumstances apart from his resolute will.

In working out the rationale for the Emancipation Proclamation, he had to make the case, to his cabinet, to the country and perhaps also to himself, that by Jan. 1, 1863, it had become a military necessity for the Union to deploy emancipated black soldiers. By doing so the Union would deprive the Confederacy of the resource of slave labor behind the lines. The proclamation in itself, however, was only an executive order, issued in the heat of war. Some citizens hoped that once the crisis passed, the order would be reversed.

Lincoln addressed those people, known as Peace Democrats, in an August 1863 open letter. He surmised that what they most resented was not the war but emancipation. And yet “I thought,” writes Lincoln,

in your struggle for the Union, to whatever extent the negroes should cease helping the enemy, to that extent it weakened the enemy in his resistance to you. Do you think differently? . . . But negroes, like other people, act upon motives. Why should they do any thing for us, if we will do nothing for them? If they stake their lives for us, they must be prompted by the strongest motive — even the promise of freedom. And the promise being made, must be kept.

This is the language of political contract, of obligation and promise-keeping, and it may sound dry and legalistic. Yet later in the same message, Lincoln turns to a sharper tone of accusation. When the war is over, he says,

there will be some black men who can remember that, with silent tongue, and clenched teeth, and steady eye, and well-poised bayonet, they have helped mankind on to this great consummation; while, I fear, there will be some white ones, unable to forget that, with malignant heart, and deceitful speech, they have strove to hinder it.

Here the courage of men in the fight for freedom has become the sole determiner of their virtue and honor. By this criterion, the black soldiers in the Union cause are vindicated, while white citizens who would repeal emancipation are condemned.

Later, in his Second Inaugural, Lincoln told a larger truth about the cause of the war and his own commitment. For the first time, he used the phrase “American slavery.” The institution had left its stain on the history of the entire country, the North as well as the South; such was his conclusive judgment. But Lincoln  did not console his listeners with a display  of perfect even-handedness. The ferocities had not been equal on the two sides. He recounted the state of the Union before the war:

One-eighth of the whole population were colored slaves, not distributed generally over the Union, but localized in the Southern part of it. These slaves constituted a peculiar and powerful interest. All knew that this interest was, somehow, the cause of the war. To strengthen, perpetuate, and extend this interest was the object for which the insurgents would rend the Union, even by war.

Those words of 1865 stand in direct succession to the challenge of his 1858 House Divided speech. They suggest the reasons for the only words not of a strictly legal kind that Lincoln inserted in the Preliminary Emancipation Proclamation of Sept. 22, 1862. The astounding words are “then, thenceforward, and forever free.”

We may try to hedge our descriptions, bring Lincoln into perspective, call him a pragmatist and cut him down to a size more comfortably proportioned to our own. The truth is almost too great for us to recognize. He staked the future of the republic on his commitment to put slavery on the course of ultimate extinction.

When a chance arose in the middle of the war to emancipate the slaves in areas of the country no longer under rebel control, he issued his executive order and later made it constitutional with the 13th Amendment. Lincoln transformed the crisis of the war itself into a cause for changing the goal of “ultimate extinction” to immediate abolition of slavery.

Unquestionably, the slaves also freed themselves. They did it by walking away, running away and fighting their way free of bondage. But they were right to share in the celebration of Lincoln as the champion of liberty. Let the words of Frederick Douglass suffice for the sentiments of many others:

Viewed from the genuine abolition ground, Mr. Lincoln seemed tardy, cold, dull, and indifferent; but measuring him by the sentiment of his country, a sentiment he was bound as a statesman to consult, he was swift, zealous, radical and determined.

As for the assassin Booth, he was a rational fanatic. Directly or indirectly, the sense of the House Divided speech had penetrated him with its unconditional judgment against slavery; and he said plainly that it was emancipation that made him resolve to kill the president.

Lincoln died because he freed the slaves.