This week, members of the Congressional Hispanic Caucus sent a letter to President Obama, with a copy to Attorney General Loretta Lynch, asking him to immediately commute the sentence of political prisoner Oscar López Rivera, a decorated Vietnam War veteran. 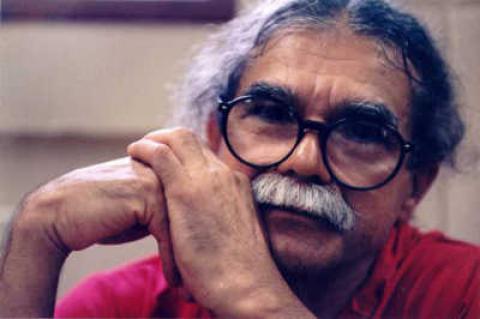 , People's Law Office
On Friday, May 29, Oscar López Rivera, decorated in the Vietnam War, the longest held political prisoner on the planet, will have served 34 years imprisoned in U.S. prisons, which means that the time has come for the calls for his release to travel to Washington, and be strongly heard where they need to be heard as a moral demand for human rights, justice and real exercise of democracy.
With good reason, an important part of the Congressional Hispanic Caucus this week sent a letter to President Obama, with a copy to Attorney General Loretta Lynch, asking him to immediately commute Oscar’s sentence, because if the president doesn’t intervene, he will remain in prison until 2023. By then, Oscar, who is currently 72 years old, will be 80.
For a long time the people of Puerto Rico have called for his freedom, but with greater emphasis after May of 2013 when a mass symbolic imprisonment was held, unleashing marches and petitions so that this Puerto Rican, native of San Sebastián, could return home.
These calls haven’t been effective in the highest political circles in Washington, not even the calls from governor Alejandro García Padilla, who visited Oscar López in September of 2014; not the requests of ex-governors, Latin American heads of state, religious groups, professional associations and political parties of every ideology. The disdain shown, ignoring the desire of the majority of Puerto Ricans, that Oscar may live the rest of his days in the warmth of his people and the love of his family, contrasts with efforts, moves and reproaches the United States directs at other countries who also hold political prisoners in their prisons.
No other prisoner for reason of conscience, in no other region, has served 34 years in prison. Not even Nelson Mandela, who suffered prison for 27 years (seven less than Oscar), and whose cell president Obama visited with amazement and absorption, as if his decision to continue the imprisonment of Oscar López didn’t weigh on his conscience; Oscar who, the same as Mandela, was accused of “seditious conspiracy,” and who did not kill or harm anyone.
The Congressional Hispanic Caucus rightly reminded Obama that the contempt for the life of a man in his seventies who has maintained an irreproachable posture, who has shown examples of maturity and serenity through his public expressions, and whose freedom represents no risk to society, much less to the most powerful nation on the planet, is a disgrace for his government. Democracy cannot use its criminal justice system to confirm political discrimination or to prolong vengeance; and that obstinacy in not granting clemency to Oscar has vengeful and discriminatory nuances.
In Puerto Rico, efforts are still being made so that Oscar López can be freed before his health fails. Hundreds of thousands of citizens throughout the Country have contributed time, resources, determination and solidarity to his cause. This campaign, promoted by several organizations and in which dozens of prestigious institutions participate, has had international repercussions, but the White House has maintained a position of insensitivity, incompatible, as we have already pointed out, with its international campaigns for human rights.
The cruelty of continuing for 34 years the imprisonment of a human being who has demonstrated his moral caliber and integrity leaves in a compromised position those who, being able to rise above meanness, treat Oscar so cruelly. There is thus no other remedy but to keep internationalizing the demand and take to Washington, to the White House, and to President Obama’s attention, the message that he is not being truthful when he intervenes on behalf of other prisoners of conscience, leaving ours to languish in prison in Terre Haute.
Mr. President, show your humanitarian calling and order his release now.