books 'The Last Soldiers of the Cold War'

As the United States and Cuba start to restore full diplomatic relations, here is a picture of an aspect of the dysfunctional relationship that has existed between our two countries. The release and return to Cuba of the last of the "Cuban Five" helped pave the way for the new stage in US-Cuba relations. Here is the backstory of that group, told, as Chris Serres says, by Fernando Morais in a new, well-researched, "cinematically vivid" account. 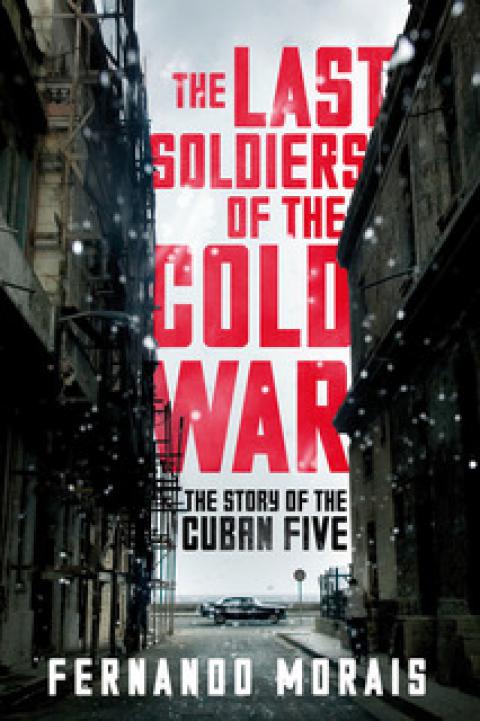 The Last Soldiers of the Cold War: The Story of the Cuban Five
by Fernando Morais
Translated by Robert Ballantyne and Alex Olegnowicz
ISBN: 9781781688762

On Dec. 17, 2014, President Obama dared to admit what much of the international community had long accepted as fact: The U.S. policy of isolating and punishing Cuba for going Communist five decades ago had failed.

The magnitude of this failure can best be appreciated up close, in the lives of 14 Cuban intelligence agents who infiltrated militant anti-Castro groups in Florida following the collapse of the Soviet Union in the 1990s. The experience of this elite squad of spies, known as the Red Avispa (Wasp Network), illuminates the ineptitude of U.S.-Cuban policy for most of the past half-century.

American officials sought to portray the Wasp Network as threats to U.S. national security. But Brazilian journalist Fernando Morais makes a compelling case, in his exhaustively researched and cinematically vivid book, “The Last Soldiers of the Cold War,” that these secret agents were actually monitoring extremist groups in Florida to protect Cuba from terrorist attacks.

As recently as the late 1990s there were still more than 40 anti-Castro groups operating out of Florida, openly engaged in murderous plots to overthrow the Communist regime. Mercenaries bombed tourist hotels, hijacked planes and machine-gunned resorts from speedboats.

Morais makes no effort to hide his sympathy for the 12 men and two women who were dispatched from Cuba to ferret out these terrorist plots, including the five men (known as the Cuban Five) who were convicted in 2001 of spying on U.S. military installations. (The last three men were released in December, as part of the new rapprochement between the United States and Cuba.)

Each sacrificed distinguished posts in the Cuban government or military and left for the United States under the guise of being defectors. They worked menial low-wage jobs, drove beat-up cars and lived in cheap apartments.

Their identities and missions were so top secret that not even their friends and families were aware they were spies. Wives of the Cuban agents suffered the humiliation of seeing their husbands “defect” to the United States — and being seen as traitors to the revolution — without ever being told that these defections were fake. Once in the United States, the agents endured years of homesickness, loneliness and poverty as they attempted to infiltrate anti-Castro groups.

Morais exhumes hundreds of pages of correspondence to paint a portrait of spy life as vivid as a John le Carré novel. He reconstructs, in painstaking detail, the emotions of the wife of a Cuban agent who discovers that her husband has disappeared on a dangerous mission, never to return, just hours after making love.

Nothing, not love nor passion, was allowed to imperil their mission. When Tony Guerrero, a member of the Red Avispa, fell in love with an American woman and sought permission from his spy handlers in Havana to marry her, he received a detailed list of recommendations and was urged to delay the wedding as long as possible. “As you must have noticed,” his superiors warned, “a woman picks up signs about things that you didn’t even mention or discuss with her.”

Though far from objective in his celebration of Red Avispa, Morais does an exemplary job portraying the diversity of the Cuban community in Florida. He draws colorful portraits of complicated exiles, such as Marxist writer Norberto Fuentes, who supported the socialist revolution but grew disillusioned by the regime’s refusal to tolerate dissent.

Chris Serres is a Star Tribune reporter. On Twitter: @chrisserres