A highly invasive procedure, which involves drilling holes in the skull and inserting electrodes deep inside the brain allowing a pacemaker-style device to deliver pulses of electricity to specific neural regions has failed to show any effectiveness in treating depression despite claims by the media and some prominent scientists. 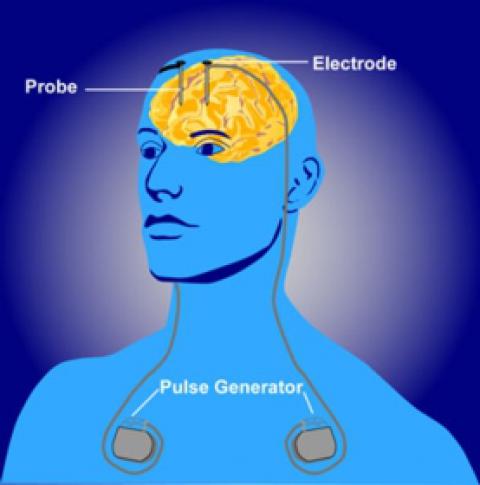 The deep-brain-stimulation treatment for depression, whch has been touted by the media and prominent scientists, has failed two major trials.,National Institute of Mental Health

Deep-brain stimulation (DBS) is a highly invasive procedure, which involves drilling holes in the skull and inserting electrodes deep inside the brain.  A pacemaker-style device delivers pulses of electricity to specific neural regions.

For years, journalists and researchers have touted this technique’s potential for treating depression, largely based on the work of neurologist Helen Mayberg. For more than a decade, she has reported relieving severe depression by stimulating a neural region called Brodmann area 25.

A team led by Darin Dougherty of Massachusetts General Hospital tested 30 subjects with treatment-resistant depression. Half of the patients received DBS, and half received a “sham” treatment. Last December, the team reported in Biological Psychiatry finding “no significant difference in response rates” between the treated and untreated subjects.

“The bottom line is that we can’t separate out active treatment from placebo,” Dougherty, the trial leader, told Neurology Today in June. “Whether that is a dulled active or an overactive placebo, or a combination, it’s bad news.” He added: “Given the investments in these pivotal trials, the manufacturers would have to have some awfully compelling reason” to continue sponsoring research.

One compelling reason for researchers (if not manufacturers) to continue is the Pentagon’s interest in deep brain stimulation. In 2013 the Defense Advanced Research Projects Agency, Darpa, committed to spending $70 million over five years on brain-stimulation technologies, according to Nature.

Emory University, Mayberg’s home base, continues to promote her work. An April press release describes the “transformative” effect of DBS on a severely depressed patient.  “Within a week after surgery, with the electrical current flowing continuously, [the patient] began to notice sunlight, birdsong. Her sense of humor returned. Her boss didn't recognize her on the phone, so changed was her voice.”

The press release did not mention the failed St. Jude and Medtronic trials. For a different perspective on DBS, see my post on Steve Ogburn, a patient in the failed BROADEN trial.