"Humans are the most curious among animals," writes Caspar Henderson in this review of Alberto Manguel's meditation on inquisitiveness. "Even very young humans are better" than other animals, even the smartest ones, "at noticing the novel, the accidental and the serendipitous and at using that experience to imagine new opportunities.' Henderson's review is a kind of "three-cheers" for this special quality that is among those that distinguish our species. 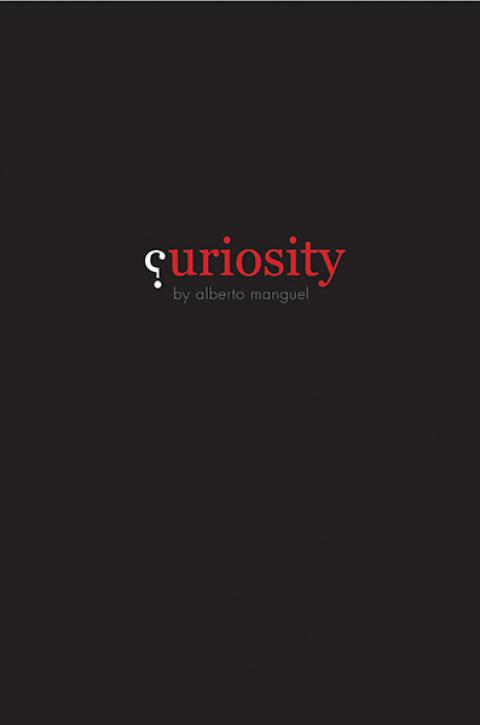 "There were other amusements in [the] camp too. As children, we were very curious to know whether the barbed wire of the electric fence was really electrified. The question gave us no rest. We would approach the fence … and compete among ourselves over who would dare to touch the barbed wire and stay alive.” So writes Otto Dov Kulka in his memoir of Auschwitz, Landscapes of the Metropolis of Death. The fear that he and other children felt of the intermittently electrified fence was great, he explains, but it was a small, conquerable fear in comparison to their overwhelming fear of the “immutable law” presented by the crematorium. Their curiosity was a way for them to try to overcome the lesser of the two fears.

The instance is extreme but it does not distort a basic truth: curiosity originates in the drive to keep living. Curiosity is typically adaptive because, while it can be risky, it also brings the possibility of greater understanding and control. And it can be unrelenting. Later in the memoir, Kulka describes a moment when, by accident, he got snared on the electrified wire. Recalling his childish mind, in which he believed himself dead, Kulka says he felt “the boundless curiosity a human being possesses from the moment he first becomes aware of his mortality; curiosity that transcends death”.

Many animals are curious, especially when circumstances are benign, and intelligent ones such as New Caledonian crows especially so. Through trial, error and observation, during a long period of maturation they learn how to fashion sticks into barbed hooks with which to extract grubs from holes. Their curiosity enables them to develop a deep understanding of how physical objects work and interact, and to learn to use that knowledge to accomplish their goals. But humans are the most curious among animals. Even very young humans are better than these crows at noticing the novel, the accidental and the serendipitous and at using that experience to imagine new opportunities.

Some psychologists class curiosity in humans as a basic emotion. Tapping into the same neural pathways and reward centres that make people yearn for chocolate or nicotine, it ramps up the activity of dopamine, which in turn strengthens memories. Curiosity seems to be our best teacher.

Alberto Manguel has a particularly curious mind; he describes himself as first and foremost a reader. As a young man in Argentina in the 1960s he read for Jorge Luis Borges, who had lost his sight. Today, he lives in a renovated medieval presbytery in France surrounded by 30,000 books. In Curiosity, he maps the texts and authors that have inspired him. It is structured around 17 broad questions such as “how do we reason?”, “what is our place?” and “what are the consequences of our actions?”, and unearths diverse histories across many fields of inquiry. We read of the first known representation of a question mark in a ninth-century manuscript; of the efforts of Raimondo di Sangro, later prince of Sansevero, to interpret the subtleties of the coloured knots of the Inca writing system, quipu; and of the compelling parallels between Argentina’s financial crisis in the 1990s and the later credit crunch in western countries.

The book also inspires questions about our attitude towards curiosity. Why, given its obvious benefits, are warnings about its dangers so widespread in the western tradition? The phrase “curiosity killed the cat” is only the beginning; for many centuries the church regarded it with deep suspicion. Eve’s inquiring mind had, after all, brought death on humanity, and St Augustine, drawing on St John’s gospel, condemned curiosity as the “lust of the eyes”. Myth and fable are minatory too. Pandora’s inquisitiveness unleashes everlasting suffering. Judith’s insatiable drive to know leads her to a terrible fate in Bluebeard’s castle.

Putting aside theology and what looks like a misogynist streak, these warnings may nevertheless be worth attention. Curiosity is linked to desire and, as Aristotle wrote, “it is of the nature of desire not to be satisfied, and most men live only for the gratification of it”. Some scientists believe they have found a neuroanatomical basis for this view: our brains seem to be wired in such a way that our wants always exceed our likes. We are liable to become insatiable wanting machines, whose curiosity serves our greed. In a hyper-connected, hyper-capitalist world our curiosity makes us vulnerable to distraction after distraction.

Linking Manguel’s forays is a sustained engagement with Dante, whose Divine Comedy he has come to see as the greatest work in the western canon. Some may balk at that: though Dante’s poetry is sublime, his universe is governed by immutable laws that condemn a young couple to eternal torment merely because they fall in love over their reading, and inflicts worse pains upon Ulysses, whose great desire is to explore where no man had been before. Manguel argues that the tensions in the Comedy are one of the things that make it a larger work than these cruelties. When, in purgatory, Dante encounters his old friend Casella, they are brought together by poetry and song.

Curiosity shares something with two books that are otherwise not at all alike: Things That Are by Amy Leach and Curiosity by Philip Ball. In different ways, they explore the history and possibilities of unbounded inquiry, and show that while curiosity can be suborned by pathological behaviours, a refusal to inquire, and to think, is no less dangerous. “Curiosity,” wrote Samuel Johnson, “is, in great and generous minds, the first passion and the last.” And scientific inquiry, when it is driven first and foremost by disinterested curiosity, casts light on profound riddles and at the same time opens new spaces for poetry.

It is said that Thales of Miletus, the first natural philosopher, was so dazzled by the stars that he once fell into a well while walking. My response to that is: good for him.

Caspar Henderson is writing A New Map of Wonders.