labor Can Auto Shed Its Tiers?

The UAW is back in bargaining with the Big 3 Automakers. Will they end the two-tier wage and benefit system they agreed to 8 years ago? And if they do, can they end it by raising up the bottom tier, rather than taking cuts for the top tier? 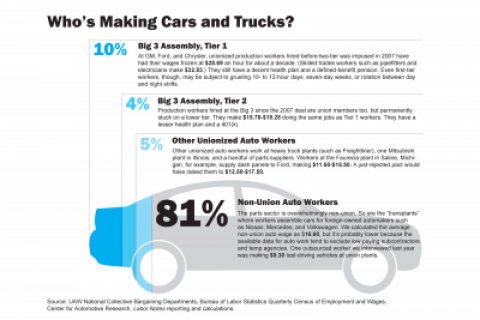