books What might Aeschylus say about the European refugee crisis?

The Suppliant Maidens by Aeschylus (ca. 460 BC) is an ancient tale about refugees, sanctuary, and moral duty. Charles McNulty argues that the play provides a precedent for helping us think about today's European refugee crisis. "It provides historical depth" to today's refugee crisis, he says, "framing the basic dramatic situation of its asylum seekers in moral, democratic and religious terms." 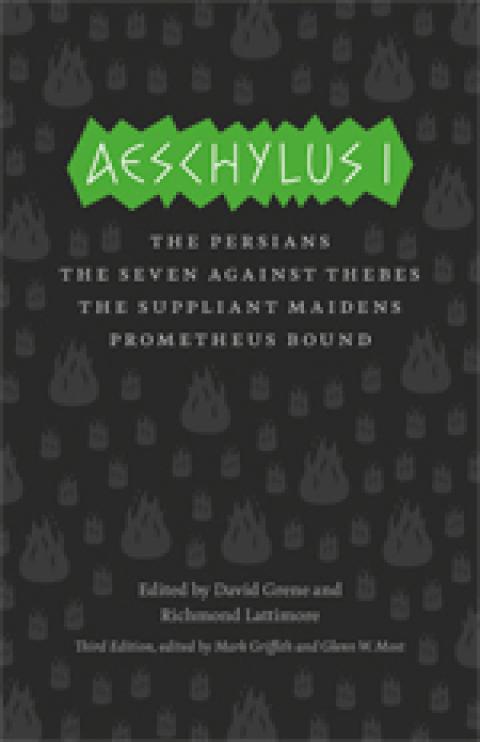 The harrowing images of the migrant crisis convulsing Europe have challenged the world’s conscience. Who could look at the photo of the dead Syrian boy washed ashore and remain indifferent to the plight of millions escaping their war-scarred homelands for the simple hope of a survivable future?

But indifference persists here, an attitude that this is yet another Middle-Eastern quagmire and a dilemma for a discordant Europe to sort out. America, exhausted by war, disillusioned by foreign policy failures and unable to come up with political solutions to deal with the flood of economic migrants at its own borders, would rather turn a blind eye to what is — at the moment — conveniently far enough away.

The enormity of the situation, however, makes it impossible to ignore. As the real-life drama unfolds in all its profuse human suffering, I have been harking back to a precedent from ancient Greek tragedy: “The Suppliant Maidens,” Aeschylus’ drama about female refugees from Egypt seeking sanctuary in Argos. (Greece then, as now, was an entry point for those fleeing oppression from the other side of the Mediterranean.)

“The Suppliant Maidens” was at one time thought to be the earliest extant ancient Greek tragedy, but a papyrus-fragment of a production record has suggested that the work was performed in the 460s BC, making it a relatively mature work by Aeschylus.

“The Suppliant Maidens” doesn’t conform to our conventions of drama, which is why the play is rarely revived. Current events may be changing that. Moni Ovadia directed the play in the Greek theater of Syracuse this summer.

I’ve yet to see a production, and Sicily wouldn't have been a bad place to start. The closest I’ve come to experiencing the drama on stage is Charles L. Mee’s freehand adaptation “Big Love,” a work that imaginatively pieces together, in a bold style of physical theater, the story of the trilogy (of which “The Suppliant Maidens,” the only surviving play, is assumed to be the first work in the series).

Yet the original is worth revisiting for the way it provides historical depth on the refugee crisis, framing the basic dramatic situation of its asylum seekers in moral, democratic and religious terms.

Pelasgus, king of Argos, is confronted with a stark choice: If he grants sanctuary to the 50 women who have fled with their father, Danaus, from Egypt to avoid a forced marriage with their cousins, Argos faces inevitable war with these spurned men. But if he doesn’t protect the Danaids, he neglects a religious commandment and risks the retribution of the gods.

The maidens inform Pelasgus that, though their appearance may seem foreign, Argive bloods runs through them through their relation to poor, gadfly-tormented Io.

“The Suppliant Maidens,” as has been noted, is a conspicuously international play, but one that complicates national identities and patriotic allegiances.

Pelasgus questions the women’s claim to sanctuary, essentially attempting to uncover whether they are truly refugees escaping persecution or migrants traveling on their own volition.

Upon learning that they have no legal ground for rejecting their cousins’ marriage proposal, the king decides to take the matter to the public: “So never may people say, if evil comes,/’Respecting aliens the city you destroyed.’”

Fearing that Pelasgus may waver, the Danaids tell him that if they are denied asylum they will hang themselves from the altars, their blood polluting the land that did not take up their cause.

The King knows that “the wrath of Zeus the Suppliant — The height of mortal fear — must be respected,” and so being a statesman reflective of Aeschylus’ own time, he brings his case to the assembly, praying that “Persuasion and Fortune attend” him.

The Argive citizens grant the sanctuary request, placing their city in jeopardy to uphold a sacred value. And it’s not long after the Danaids deliver their prayer of thanks to Argos that an Egyptian herald arrives, ordering the women onto the ship that’s waiting to bring them back. Pelasgus, living up to his word, rebuffs this insolent foreigner, though by doing so he inflames a lethal enemy.

There isn’t enough textual evidence to know how the rest of the trilogy plays out, except that it is conjectured that Pelasgus dies and that one of the maidens will (defying her sisters) marry one of the Egyptians and come to rule Argos.

Seth G. Benardete, whose translation I’ve relied on, argues in his introduction that “the claims of the city as opposed to claims still more powerful would seem to underlie the play, claims that at each stage become more contrary to one another and more difficult to resolve.”

Leave it to the Greeks to compound the dramatic complications. They looked to their playwrights to teach them how to grapple with complexity instead of reaching for simple solutions that never solve anything.

Yet a cautionary word to directors who may be lured by the topicality of Aeschylus' drama: This is a play that is ultimately more curious about the contradictions in human and divine law than about the legal predicament of the refugees.

What's more, "The Suppliant Maidens" needs a director with a complete theatrical vision. Someone like Théâtre Du Soleil’s Ariane Mnouchkine, who not only has worked wonders with the Greeks (“Les Atrides”) but whose 'Le Dernier Caravansérail (Odysées),” presented at the Lincoln Center Festival in 2005, was one of the most moving theatrical meditations on the plight of refugees I’ve ever experienced.

While we wait for an auteur of Mnouchkine’s magnitude to reveal Aeschylus’ genius for a 21st century audience, we can still gain enlightenment from the text.

Reading “The Suppliant Maidens” today reminds us that how we respond to those seeking our aid when in grave distress determines something fundamental about our humanity and that even when the costs are irrevocable the responsibility cannot be shirked.

The spectacle unfolding in Europe and the Middle East right now isn’t something anomalous. The plot line has been with us from the start of our dramatic tradition, and the terrible conflicts it exposes cannot be wished away.

Charles McNulty is the theater critic of the Los Angeles Times.