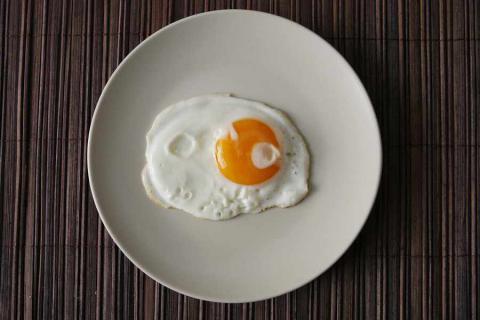 Smaller tableware was identified as having a positive effect on consumption habits, along with reductions in portion size and food packaging.

Researchers found that reversing the current "super-size" trend could lower average calorie intake by up to 16% in the UK and 29% in the US - the land of huge helpings.

The Cambridge University team conducted a systematic review of studies looking at the influence of portion, package and tableware size on food consumption.

Dr Gareth Hollands, from the university's Behaviour and Health Research Unit, who co-led the analysis of data from 6,711 participants, said: "It may seem obvious that the larger the portion size, the more people eat, but until this systematic review the evidence for this effect has been fragmented, so the overall picture has, until now, been unclear.

"There has also been a tendency to portray personal characteristics like being overweight or a lack of self-control as the main reason people overeat.

"In fact, the situation is far more complex. Our findings highlight the important role of environmental influences on food consumption. Helping people to avoid 'overserving' themselves or others with larger portions of food or drink by reducing their size, availability and appeal in shops, restaurants and in thehome, is likely to be a good way of helping lots of people to reduce their risk of overeating."

The findings are published in the Cochrane Database of Systematic Reviews, part of the Cochrane Library which provides information to guide health policy.

In their conclusions, the researchers wrote that people "consistently consume" more food and drink when offered larger-sized portions, packages or tableware.

They added: "This suggests that policies and practices that successfully reduce the size, availability and appeal of larger-sized portions, packages, individual units and tableware can contribute to meaningful reductions in the quantities of food (including non-alcoholic beverages) people select and consume in the immediate and short term."

There was "low quality" evidence that shorter and wider bottles or glasses increased drink consumption.

Possible action that could be taken included placing upper limits on serving sizes of high-calorie foods and drinks, or limiting the size of crockery, glasses and cutlery.

Among other suggestions aimed at shoppers and retailers were placing large-size food packages in less accessible positions on store shelves, and to limit their promotion with price discounts.

Co-author Dr Ian Shemilt said: "At the moment, it is all too easy - and often better value for money - for us to eat or drink too much. The evidence is compelling now that actions that reduce the size, availability and appeal of large servings can make a difference to the amounts people eat and drink, and we hope that our findings will provide fresh impetus for discussions on how this can be achieved in a range of public sector and commercial settings."

Dr Alison Tedstone, chief nutritionist at Public Health England, said: "This study clearly demonstrates that reducing portion sizes is a successful way to cut calories. Given that almost two-thirds of adults are overweight or obese, it's important to keep an eye on portion sizes when cooking, shopping and eating out to avoid over-eating and help maintain a healthy weight."