labor The Malloy Administration's stunning attack on unions, professors and the future of Connecticut State University

Now with Gov. Malloy proposing anti-union, anti-faculty contract language and pushing the need for public employee concessions as a way to balance the budget – a budget Malloy promised would not need new taxes, cuts or concessions – Connecticut’s public employees are getting a taste of what they feared most. 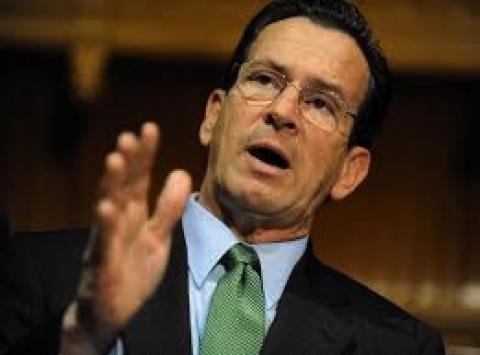 In a stark reminder that action speaks louder than words, Democratic Governor Dannel Malloy’s administration has dropped a stunningly anti-union, anti-faculty, anti-Connecticut State University proposal on the table as it begins its contract negotiations with the CSU Chapter of the American Association of University Professors (AAUP), the union that represents faculty and a variety of education professionals at the four universities of CSU.

This development comes on top of the news that Malloy’s political appointees on the University of Connecticut’s Board of Trustees have authorized a contract with an extremely controversial, high profile, anti-union, Governor Chris Christie affiliated New Jersey law firm to lead the negotiations against the UConn Chapter of the AAUP. That contract could cost taxpayers and students as much as $500,000 or more.

The Malloy administration’s approach to the faculty who teach at Connecticut’s State Universities is particularly troubling since there has already been a growing recognition that Malloy’s initiative to merge the Connecticut State University and the Connecticut Community College System into the Board of Regents has been an utter failure.

In just three years, the first two presidents of the Board of Regents were forced to leave under a cloud and Malloy’s political appointees on the Board of Regents have wasted millions of dollars in taxpayer funds on out-of-state consultants and some of those contracts apparently violated state law.

Earlier this fall, in an effort to put his Board of Regents program back on track, Malloy had his chief-of-staff, Mark Ojakian, appointed as the [Interim] President of the Board of Regents.

However, if the move was an attempt to turn over a new leaf and bring stability to Connecticut’s state universities and community colleges, that notion was blown away by the unbelievable anti-union, anti-professor, anti-Connecticut State University contract proposal that Malloy’s administration recently submitted.

The proposal also includes language that will be of concern to Connecticut’s other public employee unions.

For starters, it is safe to say that by proposing to insert a major new “agency fee” section into the CSU union contract, reducing release time for union activities and adding language that states, “Use of the Employer’s email system by CSU-AAUP staff or members for the purpose of transacting union business is strictly prohibited,” the Malloy administration’s proposal would be better suited to the likes of right-wing Republican Governor Bruce Rauner who is infamously working to destroy public employee unions in Illinois or Wisconsin’s Governor Scott Walker.

The issue of Agency Fees are well settled in law and the unwarranted inclusion of such language in a Connecticut State Employee contract is not only unprecedented but mirrors a broader effort that is taking place across the country as corporate and conservative-funded anti-union front groups work to undermine collective bargaining rights in the United States.

A key strategy that these groups are using is to try and pass laws that limit a union’s ability to communicate with its members.  In this environment, suggesting that the new contract outlaw AAUP-CSU’s ability to use their university’s email system to share information with faculty who are represented by the union is appalling.

In fact, having studied the history of public employee unions in Connecticut and reviewed nearly every contract since public employees were given the right to collectively bargain in 1970s, Malloy’s CSU-AAUP contract proposal may very well be the most anti-union plan ever dropped on the bargaining table.

And making matters worse, the anti-union provisions of Malloy’s proposed contract pales by comparison to the other proposals related to the Connecticut State Universities and its faculty.

This includes eliminating all funds for faculty research, community service and professional development.  If adopted, the Malloy administration’s contract proposal would dramatically reduce the ability of CSU’s faculty to conduct the research and community service the state needs in order to grow and prosper.

It is disturbing to say the least that Malloy, who spends much of his time claiming to be an advocate for Connecticut’s economy, would seek to destroy the important contributions that the Connecticut State Universities are making to Connecticut and its economic future.

Equally troubling for faculty and students is that while tuition and fees have been skyrocketing due to Malloy’s record budget cuts to Connecticut’s public institutions of higher education, his new proposed contract for CSU would actually allow far more part-time faculty to be used when it comes to teaching courses.

There is widespread recognition that Connecticut’s public institutions are already relying on too many part-time faculty when, in fact, university students need and deserve to learn from full-time faculty who can provide the knowledge, expertise, training and support that students will need in this increasing complex world.  The General Assembly has actually been very proactive on this issue, making Malloy’s maneuver all that more inappropriate.

The Malloy administration’s plan suggests other extraordinary changes in the contract, changes that would immediately be thrown out of any reputable university or college in the nation.

The proposed contract strips the provisions that the Board of Regents would need to declare financial exigency before firing tenured faculty and removes the Board’s duties to notify and work with the union on how to avoid financial exigency in times of extraordinary economic problems.  This change alone would ensure Connecticut State University’s national ranking and reputation would drop significantly considering the issues related to financial exigency and cooperation with faculty are deemed among the most important elements of a high quality institution of higher education in the United States.

Eliminating the right to a termination hearing in cases of reprimand, suspension and termination is also among the proposals.  Such a change would not only be unfair to existing faculty, but open the state up to extraordinary lawsuits since there would be no mechanism to guard against politically motivated attempts by “management” to unfairly fire particular professors.

The plan also calls for the implementation of an evaluation system worthy of George Orwell’s 1984, in which the measure of professional duty shifts from “productive service” to service that is also “collegial” (a term that is undefined) and one that requires faculty to adhere to “official policy statements,” which are not only undefined, but downright scary considering what such a phrase could possibly mean in a community built on the notion of academic freedom.

And, in a move that should worry all of the state’s public employee unions, the proposed contract would terminate any and all side-letters to the contract, a traditional and important mechanism that is used to make contract changes that are separate from the day to day contract or deal with special issues that arise.

With perhaps the most mean-spirited award going to the Malloy administration’s proposal that would change how the Board of Regents would deal with the children of long-time faculty who have died while employed.

For the last twenty-five years, the State’s contract with AAUP-CSU has provided that, like other faculty dependents, children of professors who have worked at least ten years and passed away while  employed by the institution could take classes tuition free, although those students would still have to pay for all fees related to course work, dormitories, meal plans, etc.

The new proposal states that only students who are already enrolled as matriculated students could continue to take those courses.  If the faculty parent dies before the child is enrolled at the college, for example if they are still in high school, then that child is, as the saying goes is , “s**t out of luck.”

While few rank and file union members actually believed Dannel Malloy when he said he would be a “friend of labor” in a second term, many voted for him out of fear of what his opponent Tom Foley might do if elected.

Now with Malloy proposing anti-union, anti-faculty contract language and pushing the need for public employee concessions as a way to balance the budget – a budget Malloy promised would not need new taxes, cuts or concessions – Connecticut’s public employees are getting a taste of what they feared most.