On Police and Stolen Native Lives: A Lakota Mother Speaks

July 2015 Paul Castaway was shot and killed by Denver police while holding a knife to his own throat. Police initially claimed that Castaway, a mentally ill Indigenous man, had charged them with a knife after stabbing his own mother. Surveillance footage would later contradict those claims and support the accounts of Castaway's family and other witnesses, who have maintained that Castaway menaced no one but himself with the knife in his hand. 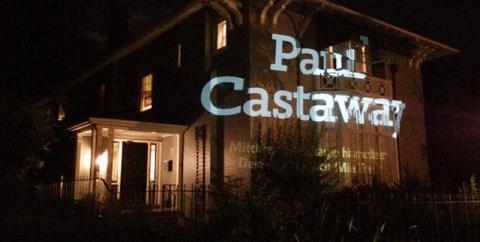 In Castaway's case, the voices of those demanding justice have been more widely heard. , @UR_Ninja

On July 12, 2015, Paul Castaway was shot and killed by Denver police while holding a knife to his own throat. The police initially claimed that Castaway, a mentally ill Indigenous man, had charged at them with a knife after stabbing his own mother in the neck. Surveillance footage would later contradict those claims and support the accounts of Castaway's family and other witnesses, who have maintained that Castaway menaced no one but himself with the knife in his hand, and never charged police.

Castaway's death, the dishonesty of officials and the local prosecutor's refusal to press charges are not, in and of themselves, extraordinary circumstances. Native people in the United States are statistically more likely to be killed by police than people of any other ethnic group, and mentally ill people are frequently on the receiving end of police violence. The refusal of the Denver district attorney's office to press charges against police accused of an unlawful shooting - a tradition that the city has upheld since 1993 - is also a common occurrence in the United States. But in Castaway's case, something unusual did occur: a surge of public awareness.

While stories of police violence and debates surrounding the movement for Black lives have been a prominent part of the national dialogue in the last year, little attention has been paid to the violence Indigenous people continue to experience at the hands of the state. In Castaway's case, the voices of those demanding justice have been more widely heard, sparking hope that a more unified front between communities facing police violence may be possible.

Within a week of Castaway's death, more than a hundred people took to the streets in Denver, demanding the prosecution of his killers. Acts of protest have since continued, including a light action that projected Castaway's name onto the home of Denver District Attorney Mitch Morrissey, who has consistently refused to prosecute police officers accused of unlawful shootings. Most recently, a group of Black, Chicano and Native mothers, who have all lost children to police violence, disrupted a mayoral meeting in Denver, chastising officials for refusing to hold police accountable for the deaths of their sons and daughters.

Paul Castaway's mother, Lynn Eagle Feather, who has been reserved in her interactions with the press, recently agreed to speak to Truthout about her son's case. Wearing an eagle feather in her hair, and a shirt bearing her son's image, Lynn walked through the scene of her son's death, sharing her thoughts about the shooting that took his life, and the protests that have since taken place in his name. The following interview has been edited for clarity.

Truthout: As with most cases of police violence, there are two versions of events with regard to your son's death, but in this case, there's actually a videotape that seems to conflict with what the police claimed happened that day. What can you tell us about the claims they've made, and what witnesses and the videotape suggest happened?

Lynn Eagle Feather: Most of the witnesses were children, and they all give the same account, and gave the same story, that the police did not give a warning. That they did not tell him to put down the knife, that my son had the knife to his own throat the whole time. There was also a witness that lives next door to the office that says he did not hear the police give my son a warning. All they heard was four gunshots.

The police initially said that your son stabbed you in the neck - a claim that they later rescinded. Why do you think they believed they could get away with making such an extraordinary claim?

They had to ... to justify having killed him.

You've explained publicly that your son suffered from a mental illness. How do you think things might have played out differently, if your son's behavior had been treated like a medical emergency instead of a crime in progress?

I did report, when I called 911 - because I have had to before - that he was schizophrenic. And they handled it before without any wrongdoing. This time my son ran ... and they thought they could do what they wanted.

With Native peoples connecting their struggles with the current movement for Black lives, do you think there's a unified front forming?

Yes, I do. And I think that it should be formed.

What have the protests and direct actions aimed at getting justice for your son looked like? Who have you been working with on those projects?

Mothers of murdered children, killed by police. We met and interrupted the mayor's meeting on Saturday morning [September 19]. And I got to speak first and told him that he needed to step down, and told the chief of police that he needed to step down. And I also told him that the way they shot my son was very wrong, and the way they sat on him, and they shot him ... you wouldn't treat a dog like that. I asked him, "Is that how you train your cops?" I looked at him and told him that. And I also told him that, "you're rated second highest in the nation for police brutality, and no cops have ever been prosecuted, and that's wrong."

What do you think justice would like in your son's case?

Justice for me would be that ... I don't want to say "cop." I call him pig, to be thrown in jail, and let him serve time. That's what justice would look like for me.

Do you think you are getting any closer to a just outcome?

[Sadly and quietly] I can't say.

What do you want to make sure people understand about your son, both in terms of who he was, and what happened to him?

My son suffered from illnesses. He had numerous head traumas. He was put in a coma, and hit by a car. His way of thinking was not right. I considered him disabled.

This feather that I am wearing in my hair is from a bald eagle. They had a naming ceremony at his funeral. And they gave him the name Mato Najin - in Lakota it means Standing Bear. His nickname was cub, because his father was Running Bear. They said he was a cub no longer, because he stood up to those cops. He stood there, against those two cops, not afraid. So this feather belongs to him.

The questions asked in this interview were prepared by Indigenous Truthout contributor Kelly Hayes, who is based in Chicago, but were delivered in person by Remy, an Indigenous community member who was available to speak with Lynn Eagle Feather face-to-face, as a matter of cultural respect. Her responses were recorded for later transcription.

Kelly Hayes is community engagement fellow at Truthout. A nonviolent direct action trainer and community organizer living and working in the City of Chicago, Kelly is one of the co-founders of The Chicago Light Brigade and an organizer with We Charge Genocide. She documents social justice events in Chicago and elsewhere, and is the author of the blog Transformative Spaces. Kelly was a recipient of the 2014 Women to Celebrate award for women in social justice, and is one of the co-creators of the Radical Education Project.