The U.S. Ought to Un-Swivel Its China Pivot

The U.S. has Beijing surrounded by 200 bases lining the East China Sea, it has already caused the beginning of an arms race. For the first time in many years, China is increasing its military budget at the same time the U.S. continues to spend more than China and the next 11 highest-spending countries. The U.S. is depriving its own people of money that could be used to fund scientific research, healthcare, education; it is also backing China into a corner. 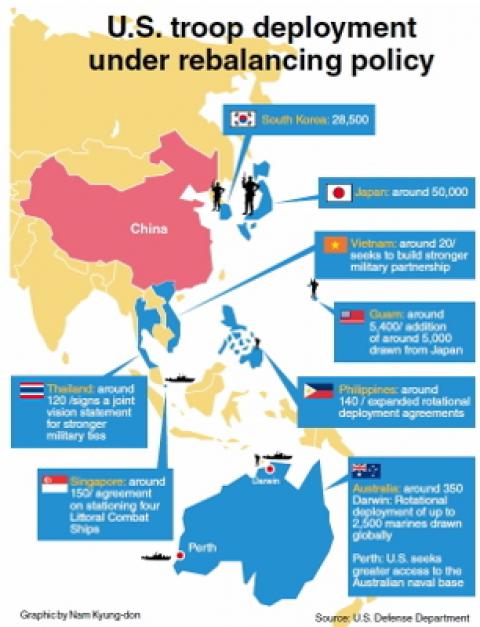 For the last week, I've been walking on a peace march organized by the Nipponzan Myohoji order of Buddhist monks. This march is similar in some ways to another: the Okinawa "Beggars' March" of 1955-1956. At that time, farmers who had been forcefully removed from their fields by U.S. soldiers in the years following World War II acted peacefully to demand the return of their land, which was the source of their entire livelihood.

Some of the farmers had their land stolen at gunpoint. In other cases, U.S. soldiers posing as surveyors duped them into signing English land-transfer documents that were passed off as invoices for the false land surveys.

Although the marchers bravely challenged local stigma against announcing oneself as a beggar, and although it was true that except for the fact that their land was stolen, these people would not need to beg, the U.S. military commander deemed them Communists and dismissed their concerns outright. The military refused to consider the issue of its hostile occupation of otherwise productive land.

The 32 U.S. bases now operating in Okinawa share a foundation in that initial land grab. Together, they comprise 17% of Okinawa prefecture. Nowadays, the Japanese government's habit has been to forcefully borrow people's land at a set rental price; then they let the U.S. military use that land for free.

All of this land area could otherwise be used for the prosperity of local communities in Okinawa. To quote one example, after the return of some land to the Shintoshin district of Naha, Okinawa's capital city, the district's productivity went up by a factor of 32. This is according to the September 19 issue of a local newspaper, *Ryukyu Shimpo*.

Similarly, the U.S. people would almost certainly enjoy increased productivity and prosperity if the U.S. government were to downsize its grossly bloated military outlays. With more than 800 bases around the globe and almost a quarter of them situated in either Japan or Korea, the U.S. spends $10 billion per year trying to maintain a foreign policy of absolute domination rather than amicable relations.

Now that the U.S. has Beijing surrounded by 200 bases lining the East China Sea, it has already caused the beginning of an arms race. For the first time in many years, China is increasing its military budget at the same time the U.S. continues to spend more than China and the next 11 highest-spending countries. Not only is the U.S. depriving its own people of money that could be used to fund scientific research, healthcare, education, or to return to the people's pockets; it is backing China into a corner where it feels it must do the same. Furthermore, the bases are situated in such a way that the U.S. would have the ability to block sea lanes, which is a hidden message to China that their highly export-driven economy could face the prospect of a serious pinch at a moment's notice.

The proliferation of more and stronger weaponry and the establishment of economic pressure points is putting the two countries on a war path. It becomes ever more likely that a careless action by either side will end up with people killing and dying.

The role of U.S. residents in this situation is not to spend a lot of time criticizing China, a country over which they exercise little control, but to focus instead on altering the course of the United States, which at the end of the day must answer to an organized populous. Chinese government policy will continue to be the main concern of the people who live in China, and the vast majority of them want fairness and security.

Seventy years after occupying Japan in 1945, it is time for the United States to vacate its overseas bases and engage in purely peaceful diplomatic, labor, and trade relations with other countries for the mutual benefit of all people. 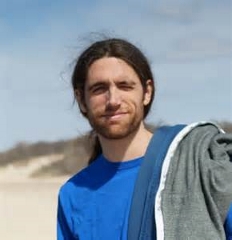 [Buddy Bell co-coordinates Voices for Creative Nonviolence, a campaign to end U.S. military and economic warfare. He is now in Okinawa on a peace walk with Buddhist monks, with little access to internet. He sent this article yesterday.]