As Capital & Main reported recently, drivers with one of the larger trucking companies serving the ports of Los Angeles and Long Beach went on strike just before dawn October 26th. These drivers are on the front lines of a critical fight impacting the future of work in the United States: “misclassification,” a condition in which companies wrongly treat their workers as “independent contractors” rather than as employees. 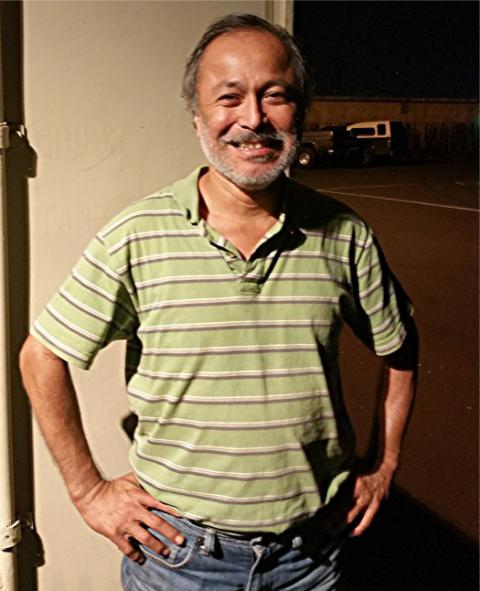 “I want this message to be loud and clear: Until Pacific 9 reclassifies its workers, until they return our wages, until they obey the law, we will not stop the fight.” , Dan Braun

As Capital & Main reported recently, drivers with one of the larger trucking companies serving the ports of Los Angeles and Long Beach went on strike just before dawn October 26th.  They struck XPO Logistics, a major international freight transportation company, while at the same time other drivers picketed Pacific 9 Transportation as they entered the 15th week of a strike against that company.

These drivers are on the front lines of a critical fight impacting the future of work in the United States. “Misclassification,” a condition in which companies wrongly treat their workers as “independent contractors” rather than as employees, is a growing problem that is receiving increasing attention. By misclassifying their workers, companies are able to claw back pay, duck standards like the minimum wage and overtime restrictions, and shift risk onto employees. This is wage theft, according to both labor advocates and the striking port truck drivers, as well as a growing list of rulings from courts and regulatory agencies.

Misclassification has been a common, though fraudulent, practice in such industries as construction and trucking, and more recently has become a key strategy among companies in the on-demand (or “sharing”) economy – with Uber, Lyft and others facing major lawsuits related to the practice. Workers have been speaking out and fighting back against it, and few have been as vocal and active as drivers serving our nation’s ports.

In the last few years, drivers have been filing wage and hour claims with the California Department of Labor Standards and Enforcement (DLSE), with the National Labor Relations Board, and also suing companies in private litigation. From July 27 to September 10 of this year, the DSLE held 38 back-to-back hearings of Pacific 9 drivers who had filed claims over the last couple of years. The claims total more than $6 million, with an additional $2 million in possible interest. The DSLE found that XPO subsidiaries in Long Beach and San Diego misclassified 12 drivers who brought claims against the company. Private lawsuits against XPO subsidiaries covering hundreds more drivers are currently pending in state and federal courts.

Two drivers recently shared their experiences with Capital & Main and explained the pressures behind the strikes. Amador Rojas has been a port driver for nine years. He was with Pacific 9 until earlier this year, when he moved to Eco Flow, where he is classified as an employee and not as a contractor. Julio Garcia has been a port driver for six years and currently drives for XPO, where he has worked since 2012.

Several factors determine whether independent contractor status is legitimate or a misclassification, but in large part it comes down to control.

As the two drivers explained, most port truck drivers:

The drivers also described working long hours in order to cover all the deductions and expenses, while earning barely enough to pay household bills.

“I go to work each day not knowing what I’m going to earn,” explained Garcia. “I just know I need to work long hours to make enough money for the company and then for me.”

The company deductions can also seem arbitrary and unfair to drivers. According to Garcia, XPO takes $57 every week for vehicle maintenance. Then, when it uses those funds, say, to replace tires, the company charges another 10 percent fee. Rojas said he left Pacific 9 when the company told him he owed $32,000 for repairs. He couldn’t say for sure if this charge was retaliation, but the repair bill did come after he had filed wage and hour claims against the company totaling $270,000 for three years of work. (Neither XPO nor  Pacific 9 could be reached for comment by press time.)

“Usually, people start in the morning around 9 a.m., then finish around 3:30 or 4 the next morning. People can work 80 hours, 90 hours, 100 hours,” said Rojas. “I usually would sleep in my truck Monday to Friday, because there was not time to go home.”

The drivers cited safety concerns as a serious consequence of working such long hours. Rojas mentioned a fellow driver who started work one Monday morning and had a serious crash Tuesday at 6 a.m., having worked overnight. “At most of the companies, [drivers have] been suffering the same thing, accidents, because they’re tired [because of the] hours worked,” said Garcia. “And I know it could happen to me, too.”

The men described a typical week where a driver may gross $2,500 in about 20 trips over 80 hours of work, but see deductions from the company cutting his actual pay down to $1,100. In weeks when drivers are unable to work, their net pay may amount to only a few hundred dollars, or even a negative figure if they don’t drive enough to cover rental and maintenance expenses. Costs like truck rentals are charged even if drivers aren’t able to work.

The pressure of ongoing costs, along with the lack of health insurance or adequate workers compensation benefits, leads to drivers working while sick or injured. A former coworker of Rojas’ had a hernia operation, but couldn’t afford to stay off the job until he was healed, and ended up driving with an oozing, bandaged wound. Another driver spent weeks driving in a full leg cast.

Rojas now drives for Eco Flow, one of the few companies that recognizes its drivers as employees. “I don’t start every day $400 in debt. It’s a relief,” said Rojas. “I don’t have to worry if the truck gets damaged, that it’s all on me. I have health insurance for me and my family. I go home every night. I have breakfast at home.”

Last Saturday, a group of workers from XPO, Pacific 9 and other companies met to talk about the latest news from the ports and to prepare for this week’s strike. Rojas spoke up.

“Keep it in your heart that we are fighting for all the thousands of workers out there in San Pedro and Long Beach, in places where there is a lot of wealth, but very little given back to the workers,” he said. “This is not something we decided to do on a whim. This is so companies like Pacific 9 don’t get away with their tricks, don’t get away with their thefts. This fight is for all our coworkers who are wasting their lives on the freeways, on the highways, on the road.”