Step up to Stop TB

Tuberculosis (TB) is winning a deadly race – this year it overtook HIV as the world’s deadliest infectious disease, killing 1.5 million people annually. The findings of the Out of Step report into national TB policies. The report will be launched on December 2 at the 46th Union World Conference on Lung Health, Cape Town, South Africa. 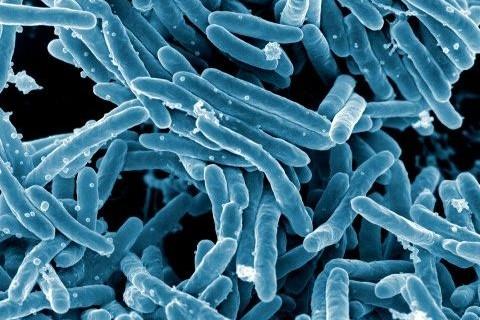 Tuberculosis (TB) is winning a deadly race – this year it overtook HIV as the world’s deadliest infectious disease, killing 1.5 million people annually. How has a curable disease won such a title? One reason is the gaps that exist in the TB response.

In the second edition of the Out of Step report, Médecins Sans Frontières (MSF) and the Stop TB Partnership highlight critical gaps in TB policies. National policy review is important, as these policies reflect each country’s ambition for defeating TB. With out of date policies that do not reflect the current international recommendations, can TB really be tackled head on? Out of Step shows policy gaps in diagnosis and treatment of all forms of TB, models of care, and the drug regulatory environment. More positively, it also reveals where countries have updated their policies to reflect current best practice.

According to the World Health Organization (WHO), in 2014, only one in four of the estimated 480,000 people with a new multidrug-resistant (MDR) infection received a diagnosis. This unacceptably low figure is likewise reflected in the lack of policies updated to reflect new diagnostic tools. Of the 24 countries surveyed in Out of Step, just eight recommended rapid molecular tests for all people with presumptive TB, five recommended Xpert MTB/RIF to be used for paediatric TB diagnosis, and only four recommended the use of Xpert MTB/RIF for extra-pulmonary TB.

Treatment and models of care

Despite WHO’s timely policy guidance on the use of the two new TB drugs bedaquiline and delamanid, few of the people with extensively drug-resistant (XDR), pre-XDR, and MDR TB who would benefit from their use have had access to them. As of November 2015, only around 3000 people had access to bedaquiline and only around 100 patients globally had access to delamanid outside of clinical trials. Only 11 countries have national guidelines on bedaquiline use, and just four have guidelines for delamanid. As an interim step, 15 of the countries surveyed have made new and repurposed medicines available through compassionate-use programmes or other early access mechanisms. However the drugs need to be made more available. Bedaquiline (Janssen) is available to some countries through a limited donation programme. Otsuka announced a donation programme for delamanid in April 2015, but with no further details given it is currently impossible for countries to access the drug for programmatic use. Otsuka has a responsibility to ensure that there is access to delamanid for the patients who desperately need new treatment options.

The Out of Step report highlights policy gaps at a national level. The issue of gaps in international funding for TB research and development is highlighted by the Treatment Action Group in their 2015 report on TB research funding. Only with adequate investment will the plan of ending TB become a reality. There are bold and original plans to meet this challenge, for example the 3P project that proposes innovative incentive mechanisms to ensure that the drug pipeline can deliver the pan-TB regimens required.

The challenges and the opportunities facing the global TB community are staggering. The spectre of resistant forms of TB is daunting – only half the MDR-TB and a quarter of the XDR-TB patients who began treatment in 2012 successfully completed treatment by 2014. We can no longer afford to have countries ‘out of step’ on the TB response; if we ever hope to stop TB, national policies must be brought in line with WHO recommendations and research into new tools must be funded to step up to the challenge of closing all the gaps in TB response.

Grania Brigden, TB advisor to the MSF Campaign for Access to Essential Medicines.