Using synthetic biology, scientists, innovators and entrepreneurs are working on a series of cutting-edge projects to affect the future of food. 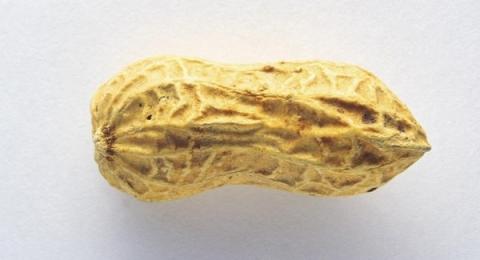 A YOGURT that slows down ageing. A peanut without allergens. Tastes you’ve never even imagined.

It  might sound like the stuff of science fiction, but the future of food is taking shape at University College Cork where a number of cutting-edge projects are being developed using synthetic biology. Scientists, innovators and entrepreneurs from all around the world are working on a series of prototypes at UCC as part of IndieBio, a first-of-its-kind synthetic biology accelerator programme. Founder Bill Liao says the programme is set “to make a seismic impact in a range of industries from medicine to manufacturing”.

One of the prototypes that will certainly cause a stir is a new probiotic yogurt bacteria that slows down the ageing process. Corey Howe is CEO of Ageria, a start-up working on a yogurt bacteria that produces higher amounts of SAM, a natural compound that has many health benefits and helps to slow down ageing. The hope is that a dairy or yogurt company will use Ageria’s strain to produce a healthy yogurt product. This could all become a reality at the end of 2016.

So how many years can we add to our lives?

Of course it’s impossible to put a number on how long people can expect to live, says Howe.

“However, our goal is to help your body age slower and add time to your life by keeping your cells healthier for longer.”

The combination of better diet and new technologies that boost longevity mean that people can expect to live longer and healthier than ever before, he says.

Since May 2015, a team of four from the US and Austria has been working on the product and now the company is seeking funding to continue its research and expand business.

Looking ahead, Corey Howe thinks that in, say 30 years’ time, we will be eating food designed for our needs in the most efficient way possible using synthetic biology.

“I imagine a food that contains all of the daily essential nutrients in one meal.”

Chloe Gui, co-founder of Aranex, a company developing peanuts without allergens, also imagines a future where people will be eating its allergy-friendly peanuts.

Aranex is developing hypoallergenic peanuts by turning off the peanut genes responsible for allergic reactions.

She explains: “This will benefit all consumers who want to eat peanuts, whether they have allergies or not. Consumers who are allergic can finally have peanut products.

"Consumers who are not allergic are affected by bans in schools and in potential danger zones, such as on airplanes and at children’s events.

“Hypoallergenic peanuts will significantly increase the level of food safety and allow anyone anywhere to enjoy peanuts.”

A graduate of the University of Toronto, Chloe Gui joined forces with fellow graduate Terry Huang to develop the idea.

After working as a biomedical researcher, Gui saw the rise of the revolutionary CRISPR/Cas9 genome-editing technology. She started thinking about challenges in food and if there was something that CRISPR could do.

"But it just so happens that one of my best friends is allergic to peanuts, and since the genes for peanut allergens are well-characterised, CRISPR peanuts seemed like a technology that could make a big impact,” she tells Feelgood.

However, it will take about seven years before the product comes on the market.

Speaking in general about the future of food and the increase in genetically modified food, Chloe Gui thinks there is nothing to fear.

“As a scientist, I have studied genetics, and the process of genetically modifying a food does not make it more dangerous to eat than a non-GM food.

A common view is that food is something that is ‘natural’ and shouldn’t be altered, but our selective breeding of crops has produced many, many foods that look nothing like their ancestors.”

She says people are right to be reasonably cautious of GM foods but says we should trust the experts in the field just as we trust engineers to build our bridges and doctors to diagnose patients.