The justices consider a challenge to labor organizations without weighing the practical implications of their decision. 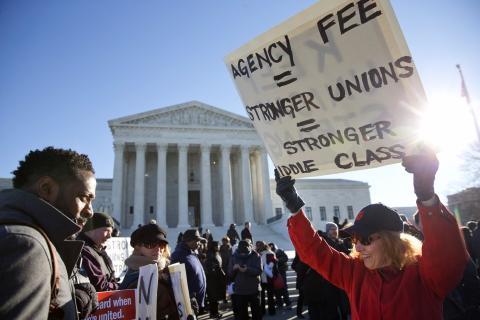