Levins showed it is possible to be a serious scientist and a radical — a revelation for a scientifically and mathematically inclined young adult growing up at the “end of history.” He leaves an extraordinary scientific legacy matched by his legacy as a radical and activist. 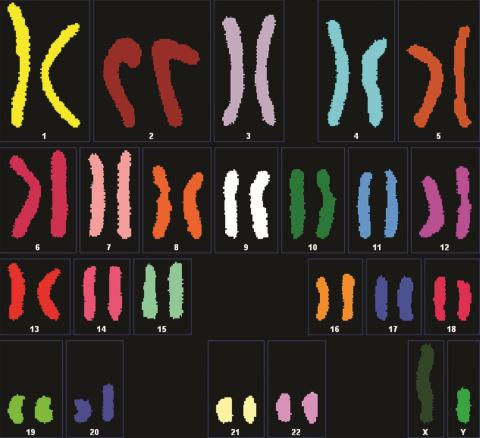 Richard Levins, the great radical and scientist, passed away on January 19. Levins was a profound thinker who made foundational contributions to scientific and intellectual fields ranging from community ecology and evolutionary theory to mathematical biology, public health, and the philosophy of science.

His extraordinary scientific legacy is matched by his legacy as a radical and activist. Blacklisted in 1950s for his activism, Levins subsequently moved to Puerto Rico with Rosario Morales, his wife and lifelong partner, and became an important member of the Puerto Rican independence and antiwar movements.

Levins was also a leading intellectual figure in the fight against biological determinism and remained an activist to the end of his life, often lecturing on his favorite topic: the use of dialectics to understand complexity and change in both the natural and social sciences.

While I did not know Levins personally, few people have had a greater intellectual and moral influence on me. Levins showed me it was possible to be a serious scientist and a radical — a revelation for a scientifically and mathematically inclined young adult growing up at the “end of history.” He taught me to understand how the prejudices of “bourgeois society” shape our views of science and nature, and gave me the intellectual and moral courage to fight for an emancipatory vision of science.

As a scientist Levins had an incredible ability to analyze complex systems — to examine them from multiple, contradictory viewpoints simultaneously — without falling into the seductive traps of reductionism or static thinking. In the 1960s, Levins authored a series of extraordinary papers that helped launch the field of community ecology — all while facing FBI harassment for his activist work with the Puerto Rican left.

These papers combined sophisticated mathematical techniques with profound ecological insights to investigate the origins of biodiversity and evolution in fluctuating environments. Levins seamlessly shifted intellectual fields, going on to make foundational contributions in areas as varied as mathematical modeling of complex systems, agroecology, and disease ecology.

Levins was inducted into the US National Academy of Sciences — the country’s most prestigious organization of scientists — but resigned shortly afterwards to protest the organization’s role in advising the US military during the Vietnam War. After his first visit to Cuba in 1964, Levins also served as a scientific adviser to the Cuban government.

Levins outlined his approach to analyzing the world in his book The Dialectical Biologist, penned with his longtime comrade and scientific collaborator, Richard Lewontin. (The work, whose title is an allusion to Engels’s Dialectics of Nature, is dedicated “to Fredrich Engels, who got it wrong a lot of the time but who got it right when it counted.”) In passages that were scientifically decades ahead of their time, the book outlines a holistic way of looking at nature and the world — an outlook now fully embraced by the new fields of systems biology and complex systems:

The dialectical view insists that persistence and equilibrium are not the natural state of things but require explanation, which must be sought in the actions of the opposing forces . . . The opposing forces are seen as contradictory in the sense that each taken separately would have opposite effects, and their joint action may be different from the result of either acting alone . . . The relations among the stabilising and destabilising processes become themselves the objects of interests, and the original object is seen as a system, a network of positive and negative feedbacks.

This dialectical outlook undergirded Levins’s deep skepticism of, and prolonged fight against, biological determinism and sociobiology.

In one of the book’s most incredible passages, Levins and Lewontin use the example of gravity to show the inseparability of genes, environment, and organism. They point out that bacteria

Thus, whether an organism is subject to something as universal and seemingly natural as the laws of gravity depends on its genes. In this way, they uprooted biological determinism’s intellectual foundation: the reductionist fallacy that it is possible to detach genes from environment.

Levins’ scholarly critique of biological determinism was complemented by a deep commitment to radical scientific activism. He was a founding member and participant in Science for the People, an organization established in 1969 to act on leftist concerns related to science and technology, including the militarization and corporatization of science, the political implications of sociobiology, and environmental issues. The group published a magazine that carried the same name, and helped radicalize a generation of scientists through its organizing in universities and communities.

A couple years ago, I attended one of Levins’s talks on dialectics. I was feeling depressed about the state of science, particularly its increased corporatization and militarization. During the question and answer period, I asked for advice about surviving as a radical scientist.

Levins, always affable and upbeat, reminded me that science is the shared legacy of all of humanity, and our ability to do science rests on the labor and surplus value produced by everyone before us. He told me it was our obligation as scientists to make sure we fight the good fight and ensure the fruits of science are not monopolized by the powerful and the elite.

Richard Levins both embodied that ideal and struggled to make it a reality.

Pankaj Mehta is a physicist and activist living in the Boston area.