labor Rosa Luxemburg and the Growth of the Labor Movement

This piece was published a month ago, on the anniversary of the assassination of Rosa Luxembourg and Karl Liebknecht. 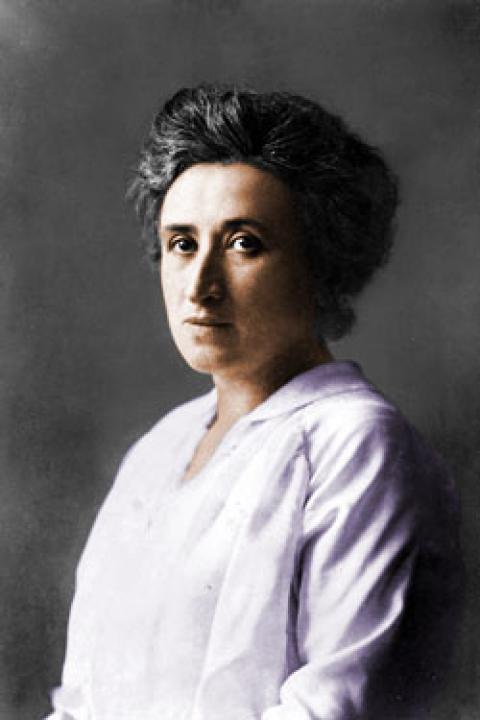 the mass strike cannot be called at will, even when the decision to do so may come from the highest committee of the strongest Social Democratic party. . . . Of course, even during the revolution mass strikes do not exactly fall from heaven. They must be brought about in some way or another by the workers. The resolution and determination of the workers also play a part and indeed the initiative and the wider direction naturally fall to the share of the organized and the most enlightened kernel of the proletariat. But the scope of this initiative and this direction, for the most part, is confined to application to individual acts . . . spontaneity, as we have seen, plays a great part in all Russian mass strikes without exception, be it as a driving force or as a restraining influence. . . . In short, in the mass strikes in Russia the element of spontaneity plays such a predominant part, not because the Russian proletariat are ‘uneducated,’ but because revolutions do not allow anyone to play the schoolmaster with them (Luxemburg 2004a: 196-98).

Once begun, mass strikes become the training ground for revolutionary militancy, the very “form of the revolutionary struggle.” Like “bleeding wounds,” strikes stir up “all the innumerable sufferings of the modern proletariat” while pointing towards a solution, substituting direct worker control for “the capitalist principle of ‘mastery of the house’.” “Only the working class, through its own activity,” Luxemburg concluded, “can make the word flesh.” But this will not automatically happen. The working class, “only learn to fight in the course of their struggles.” Even where mass strikes do not end in revolution, Luxemburg observes that they leave in their wake a more conscious, more confident, and more organized working class.

The firm organization, which as the indispensable hypothesis for an eventual German mass strike should be fortified like an impregnable citadel—these organizations are in Russia, on the contrary, already born from the mass strike. . . . the Russian revolution shows us . . . from the whirlwind and the storm, out of the fire and glow of the mass strike . . . like Venus from the foam, fresh, young, powerful, buoyant trade unions (Luxemburg 2004b: 186).