“Which is worse: a poor, uneducated young man who sells drugs because he sees no other opportunity, or a multimillionaire executive, at the pinnacle of his power, who decides to subject his workers to a daily game of Russian roulette? ... 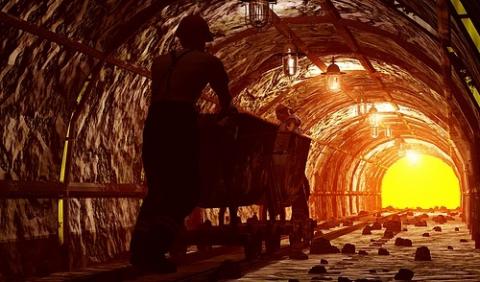 Prosecutors want the judge in the case to sentence Blankenship to the maximum one year and $250,000 fine — which prosecutors condemned as a paltry maximum given the nature of the crime.

Blankenship will be sentenced April 6 by Judge Irene Berger.

The former Massey Energy CEO was convicted of violating the nation’s coal mine health and safety laws in connection with the April 2010 explosion at Massey’s Upper Big Branch mine that killed 29 miners.

In the sentencing memo, federal prosecutors led with a list of coal mine disasters.

May 1, 1900, Scofield, Utah: A coal dust explosion at the Winter Quarters mine kills 200 coal miners.

December 9, 1911, near Briceville, Tennessee: An explosion likely caused by gas and coal dust at the Cross Mountain mine kills 89 coal miners.

March 8, 1924, near Castle Gate, Utah: A gas and coal dust explosion at the Utah Fuel Company Castle Gate Mine No. 2 kills 171 coal miners.

May 12, 1942, Osage, Monongalia County, West Virginia: A methane and coal dust explosion at the Christopher No. 3 mine kills 56 coal miners.

February 5, 1957, Bishop, on the Virginia-West Virginia line: A gas and coal dust explosion at the Bishop mine kills 37 coal miners.

November 20, 1968, Farmington, West Virginia: An explosion at the Consol No. 9 mine kills 78 coal miners. The ensuing investigation determines that the mine suffered from inadequate ventilation and inadequate control of coal dust.

March 9 and 11, 1976, near Ovenfork, Kentucky: Two gas and coal dust explosions at the Scotia mine kill a total of 26 coal miners.

September 13, 1989, Sullivan, Kentucky: A methane explosion at the Pyro No. 9 Slope mine kills ten coal miners. The ensuing investigation determines that an inadequate preshift safety examination contributed to the explosion.

December 7, 1992, near Norton, Virginia: A methane and coal dust explosion at the Southmountain Coal No. 3 mine kills eight coal miners. The ensuing investigation determines that inadequate preshift and weekly safety examinations contributed to the explosion.

January 19, 2006, Melville, Logan County, West Virginia: A fire at Massey Energy’s Aracoma Alma #1 mine kills two coal miners. The ensuing investigation determines that violations of the laws on mine ventilation and safety examinations contributed to the deaths. Massey’s Aracoma subsidiary later pleads guilty to willful violations of mine safety and health standards resulting in death. (Blankenship, at the time, was Massey’s chief executive officer and chairman of the board.)

Why lead with a list of coal mine disasters?

Because, prosecutors said, “this history matters.”

“These catastrophes, terrible as they are, represent only a small fraction of the toll exacted by mining deaths,” prosecutors said. “Since 1900, the earliest year that records are readily available, more than 100,000 workers have been killed in America’s coal mines. The great majority of this loss of life could have been prevented by following well-known principles of mine safety.”

The history of coal mine disasters, they said, “is a stark reminder that the laws on mine safety are not just words on paper.”

Prosecutors said that Blankenship “knew full well the awful risks, dramatized time and again in ghastly fashion over the years, that he was taking by flouting the mine safety laws at Upper Big Branch.”

“There was no mystery about what poor ventilation meant: buildups of methane that would ignite with the slightest spark. Yet UBB’s miners were left pleading for air. There was no question what accumulations of coal dust meant if not properly treated: a powder keg 1,000 feet below the surface, primed to blow at any time. Yet black dust pervaded the mine, a calamity in the making. There was nothing the least bit hidden or mysterious about the dangers of how [Blankenship] chose to run UBB. They manifested themselves openly, obviously, to anyone with the most basic knowledge of coal mining, and certainly to [Blankenship] . So let us dispense with the defense’s obfuscation and double talk and say plainly what Don Blankenship did: He made a conscious, cold-blooded decision to gamble with the lives of the men and women who worked for him.”

“How does one take the measure of such a crime? [Blankenship] was the chief executive of one of America’s largest coal companies — a multibillion-dollar behemoth with its shares traded on the New York Stock Exchange, a fleet of private aircraft, luxurious board meetings at posh resorts around the country, and vast resources to support its mining operations. He had every opportunity to run UBB safely and legally. Instead, he actively conspired to break the laws that protect coal miners’ lives. Although already fabulously wealthy by the time of the criminal conspiracy of which he stands convicted, [Blankenship’s] greed was such that he would willfully imperil his workers’ survival to further fatten his bank account. What punishment can suffice for wrongdoing so monstrous? The United States knows of no other case in which a major company’s CEO has been convicted of a crime against worker protection laws, so direct reference points are difficult to come by. But compare this crime to others seen more regularly.”

“Which is worse: a poor, uneducated young man who sells drugs because he sees no other opportunity, or a multimillionaire executive, at the pinnacle of his power, who decides to subject his workers to a daily game of Russian roulette? Which is worse: that young man carrying a gun during a single drug deal — a crime that will earn him a five-year mandatory minimum prison sentence — or a CEO jeopardizing the lives of hundreds, day after day? Which is worse: stealing money or trampling on laws that protect human life? In each case, to ask the question is to answer it. Under any fair assessment, only a sentence of many years in prison could truly reflect the seriousness of [Blankenship’s] crime and provide just punishment, which the law requires the court to do.”

Russell Mokhiber is editor of the Washington, D.C.-based Corporate Crime Reporter. He is also founder of singlepayeraction.org, and editor of the website Morgan County USA.